1
SHARES
38
VIEWS
Share on FacebookShare on Twitter
SIG Sauer recently announced the update of its award-winning Ballistic Data Xchange (BDX) Rangefinder and Riflescope System. the BDX 2.0 takes all of the advanced Applied Ballistics Ultralight and Bluetooth technology and adds simplified, easy to use functionality. 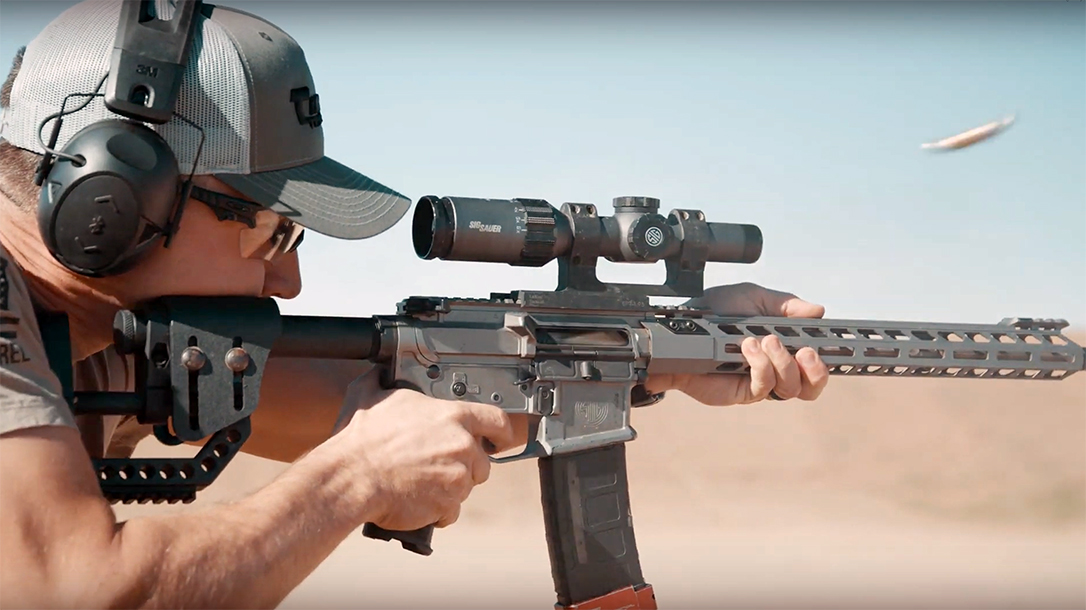 “The BDX 2.0 system builds upon the success of BDX, adding simplified features and benefits, including the user selectable BDC reticles that allow hunters and shooters to engage targets out to 500 yards with their BDX system without using the smartphone app. All BDX 2.0 rangefinders and riflescopes are now pre-programmed with ballistic groups that cover most centerfire rifle cartridges, crossbows and muzzleloaders,” said Andy York, President, SIG SAUER, Electro-Optics. “This new BDX 2.0 adds a simplified layer that allows BDX users to get up and running quickly and then when they are ready to take the next step and unlock all of the advanced features and build more exacting ballistic profiles to dial in the next level of accuracy, the BDX smartphone app is just a download away.”

The SIERRABDX riflescopes come with nine pre-established ballistic groups, featuring the Smart BDC reticle. Simply select the best group for your application from the included BDX 2.0 Card. Selection is based on cartridge, muzzle velocity and projectile weight. The reticle displays five active hold points, from zero out to 500 yards. Custom ballistic profiles can be created as well.

KILOBDX Rangefinders use the exact same ballistic groupings outlined on the BDX 2.0 Card. Simply select the best group for you application based on cartridge, muzzle velocity and projectile weight. Shooters then set the rangefinder using the range and mode buttons.

“We’ve even made it easy for current BDX users to obtain the 2.0 upgrade with a software update through the app, and the BDX 2.0 Card is easily available online at sigsauer.com,” continued York. “Whether you are new to BDX or you’ve been hunting and shooting with the system already, BDX 2.0 packs more features and innovation into our rangefinders and riflescopes and combines it all with a good measure of simplicity.”