Where Does the SIG ROMEO1PRO Fit on the Red Dot Spectrum?

Mini red dot pistol sights are quickly becoming the new, hot thing in the firearms industry. With pretty much every company that makes optics making one now it is becoming tough for anyone to stand out from the crowd. SIG introduced its ROMEO1 miniature reflex sight and at first, I was not that impressed. It was another red dot sight. However, I got to test it out and quickly discovered this was one of the most user-friendly red dots I’d seen. Then I hear about the ROMEO1PRO, and I was very curious to see if they could improve on an already great product. I got my chance at the recent 2019 Athlon Outdoors Rendezvous. 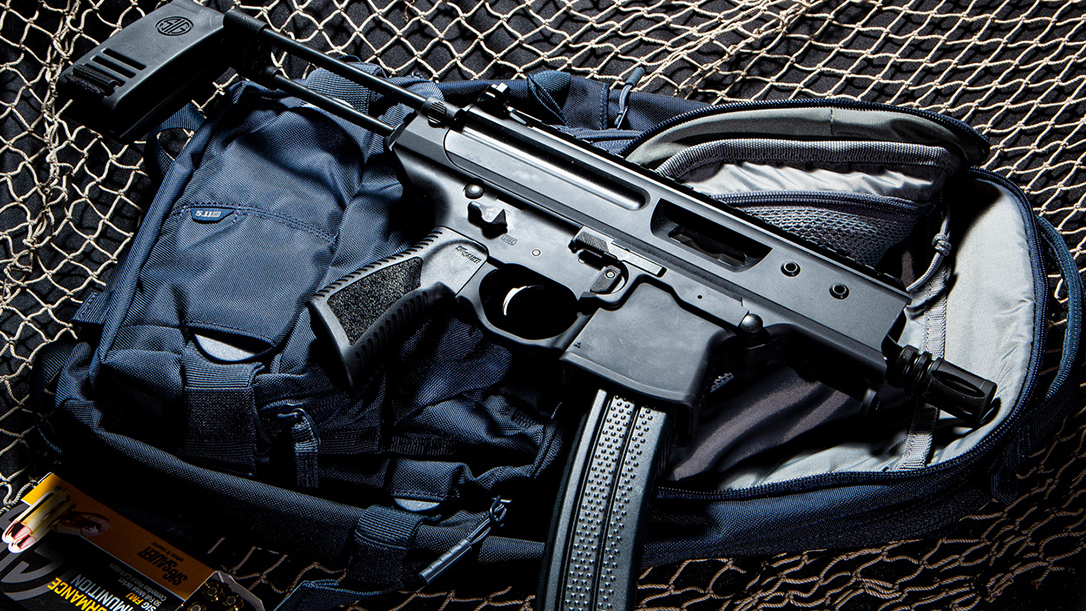 The ROMEO1PRO is pretty much dimensionally identical to the original ROMEO1. It has a kind of sight channel on the back which I love to see on a red dot. It’s available with either a 3 MOA or 6 MOA dots with the exact same mounting print. The sight window is the same 30mm with extremely clear glass, and the top-loading battery uses the commonly available CR1632 battery.

The ROMEO1PRO has the same controls as the original ROMEO1 as well. A simple up and down button on the left side. A light press of either will turn the sight on. Holding either for two seconds turns the sight off. One feature I really like is that when you turn the sight back on, it powers up to the same power setting you previously had set when you shut it off. The SIG ROMEO1PRO also has MOTAC technology built into it. MOTAC is SIG’s Motion Activated Illumination System. When the sight is on and not being used for two minutes, it goes into a sleep mode. Once it senses movement it wakes back up.

SIG really didn’t have a whole lot to improve on with the pro model due to the fact the Romeo1 is very well made and thought out already. They did add a few features definitely geared toward a more competitive shooter market. A new upgraded point-source emitter provides increased brightness in day or night conditions with 12 brightness settings, all while boasting a battery life of up to 20,000 hours. The molded glass aspheric lens has upgraded high-performance coatings as well for superior light transmittance and zero distortion. These features together give you fast, responsive target acquisition and accuracy.

The ROMEO1PRO’s body is made from aircraft-grade CNC aluminum and also comes with a steel sight housing. The sight slides inside the steel housing and both the sight and housing are then locked into the mount. I think this might be the best feature of the Pro model. It provides excellent protection from bumps, drops, and dings that a competition shooter will experience during any match while allowing instant access to the controls and not adding much mass or weight at all. SIG also includes a nice thick, well-fitting slip-on rubber lens cover. The new cover is a huge improvement over the cheap, floppy lens cover that came with the original ROMEO1. The ROMEO1PRO is also IPX-7 rated for complete water immersion up to 1 meter.

Upon looking through the new ROMEO1PRO the first thing I noticed was the power of the new emitter package. It was brighter than any 3 MOA dot I’ve ever looked at. Running through all the power settings you can really get the feel for how usable this new light emitter package actually is. A small 3 MOA dot can sometimes be a bit hard to acquire quickly. That is not the case with the new Pro model. The ROMEO1PRO gives the shooter all of the features of the original ROMEO1 while adding some new, very well done, features of its own.

With an MSRP of $449.99, the ROMEO1PRO definitely stands at the top of the red dot market. For more information, visit sigsauer.com.