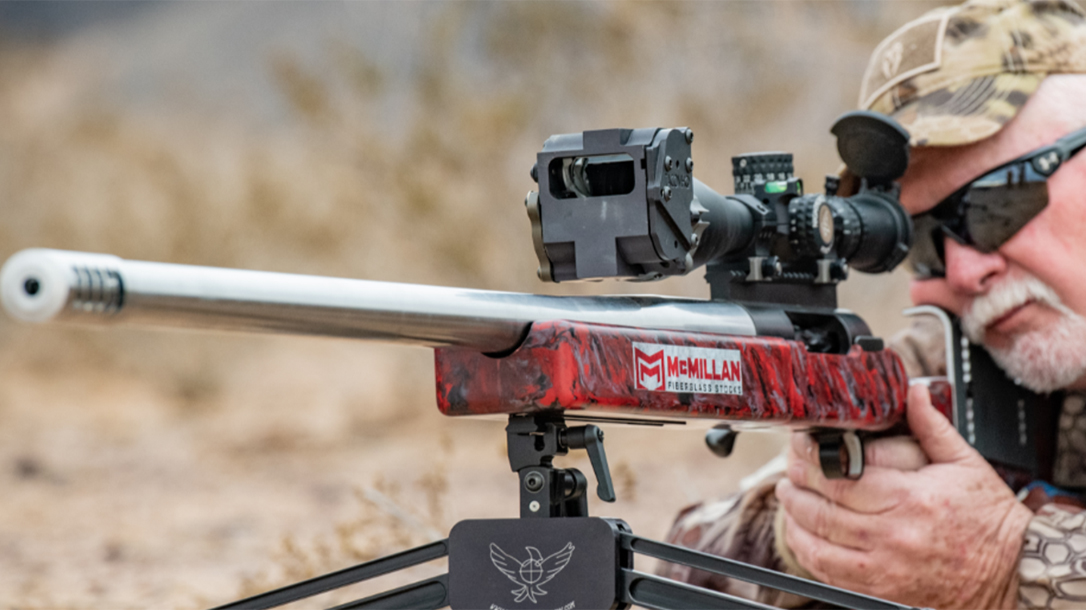 1 of 3
The TACOMHQ Charlie Tarac 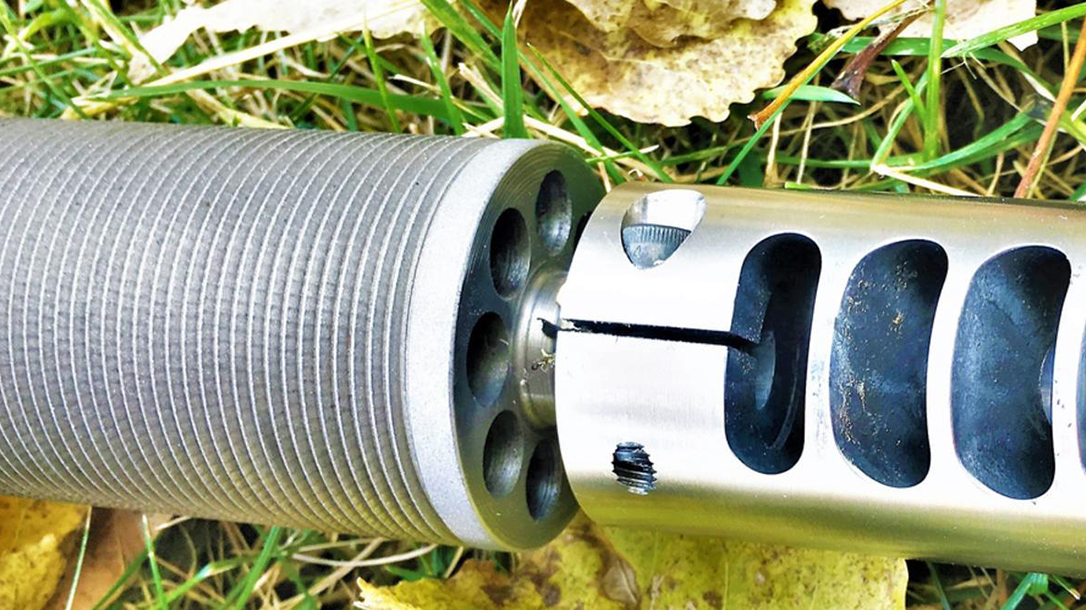 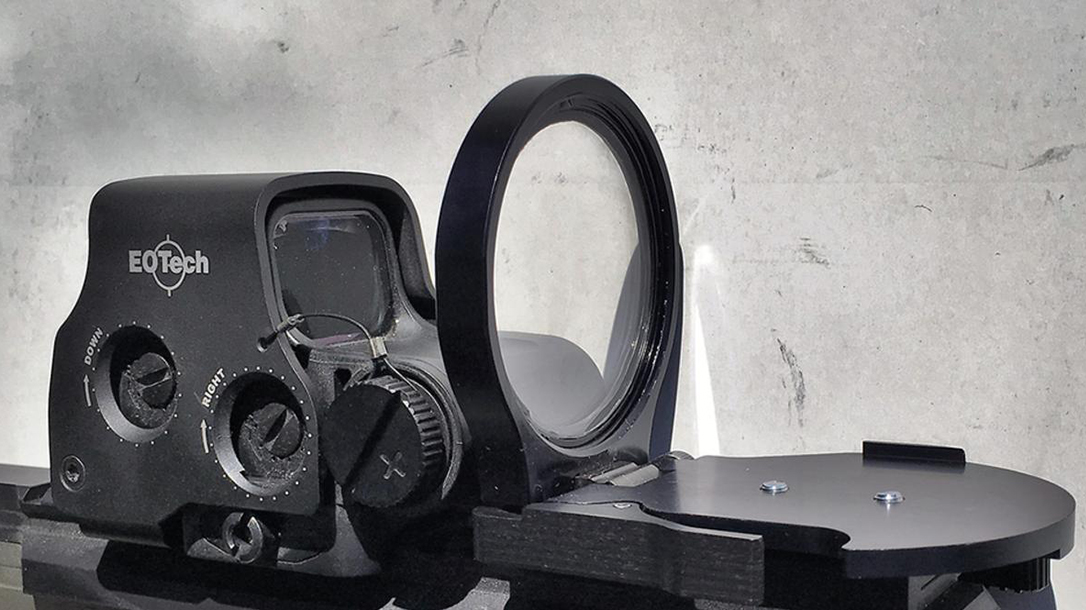 3 of 3
The TACOMHQ Alpha Tarac 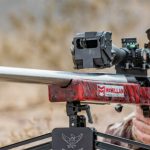 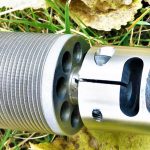 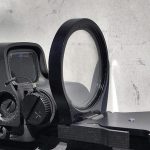 I will let Rob Furlong — a former Canadian military sniper who broke the world record for longest confirmed sniper kill at 2,657 yards in 2002 — make the proper introduction of TACOMHQ.

“Militaries are not known for developing new technologies. (…) When you hear the words ‘That’s impossible,’ well that’s tantalizing to most of us in this industry because we want to make the impossible possible. (….) Every now and then, every five to 10 years there’s a piece of equipment that comes along, and that was the .50 back in 2002 (…) it was a game changer.  If you look at TACOMHQ (…) it is a game changer.  It will be forever remembered; probably what propelled us to the next level.” 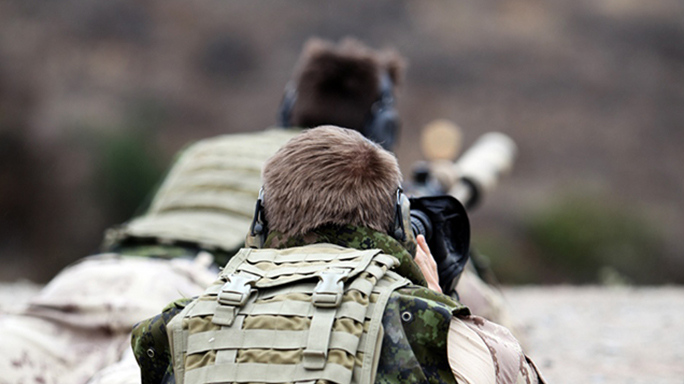 Founded by John and Jacob Baker, TACOMHQ is the culmination of a father’s promise to start a company with his son and a shared passion for perfection and pursuit for innovation. John alone is equipped with an optical engineering degree with more than 30 years of manufacturing experience as project and technical director with ISO-TS accountabilities. Together they are leading the industry development of new products that are in fact “game changers.”

TACOMHQ is known for its development of the Charlie Tarac. The technology is most likely responsible for the record-setting 2.2-mile kill by a Canadian sniper in Joint Task Force 2 (JTF2) in 2017. Paul Phillips’ (from Global Precision Group) also used it when he hit a world-record 6,000-yard shot in 2019. However, TACOMHQ is proving to be more than a one-trick pony.

TACOMHQ has two popular innovations, the first of which is the Tarac (Target Acquisition). The second is a new aftermarket process that structures barrels to maximize rigidity, heat dissipation, and harmonic deadening. Both have very quickly attracted interest from civilian shooters and special forces from around the world.

The Tarac consists of the Alpha, Charlie, and Delta — optical accessories that optically, not mechanically, shift a target image. This review will specifically highlight the Alpha and the Charlie.

TACOMHQ’s Alpha Tarac doubles as a battlefield zero so operators can simply aim at head/chest and pull the trigger out to 600 meters without any holdover. It does not superimpose a reticle on top of an existing reticle, and it is neither a scope nor magnifier. It merely shifts a target image up via a glass lens; so by raising your target higher, you have to aim higher without having to think about it. Mind blown yet?

Operators no longer have to estimate holdover according to a target’s distance, which increases lethality since threats do not stand on 100-yard lines. Just point and click.

TACOMHQ developed the Alpha in collaboration with SOF operators for SOF operators. With its QR mount, it is useable on multiple rifles with Aimpoint, EOTech, Trijicon MRO, or 1-6 scopes. The same glass used to 2X a battlefield zero can also be used to switch from super to subs. MSRPs start at $300.

The Charlie Tarac is a long-range device that adds elevation to scopes so an operator can shoot with full magnification and not have to change rails, rings, cheek piece, or 100-meter zero. A military/patrol rifle set with a 100-meter zero can instantly switch to ultra-long range with a QR accessory. Take my money.

The Charlie Tarac utilizes a series of mirrors, which are more scratch-resistant than most high-end scopes. They are arranged like a periscope to optically shift a target image higher so you have to aim higher. Since there are no moving components, and the elevation is internal to the unit itself; it’s transferable from weapon to weapon with absolute precision.

TACOMHQ’s Charlie Tarac uniquely reflects — not refracts — light from a target so we can add up to 800 MOA (250 mils) to scopes without limitations. In turn, a target image stays optically centered — as seen by the scope — to retain greater image quality, especially at low light because the image will not be at the upper or lower limits of your objective.

Each Charlie can be dunked in a bucket of soapy water or gasoline. It is also purposely made to not use any small bolts or require any special tools. Clearly TACOMHQ designed it with real users in mind.

Rail-mounted Charlies can be utilized on any weapon system with an extended rail; that includes rifles or .50-caliber machine guns. TACOMHQ optimized the rail-mounted Charlies for 1.5-inch (38mm) scope rings with a prime operating range of +/- .125 inches (3mm).

The Charlie Tarac’s flexibility enables operators to utilize one Charlie on multiple rifles with little to no setup; this obviously saves time and money. Even the QR mount to attach your Charlie is self-adjusting and requires no tools credit to Bobro. Furthermore, each Macro Charlie Tarac is interchangeable from rail to scope mount or vice versa at any time. They are universally manufactured to accommodate either solution depending on the weapon or optical requirements.

So basically these are the most user-friendly, forgiving, and durable, yet highly advanced gun accessories one could ever hope for. You will find a TON of positive reviews and examples of how these work on YouTube if you’re curious about the operation of it.

For more information, please visit the TACOMHQ website or give them a call at (833)-TACOMHQ. 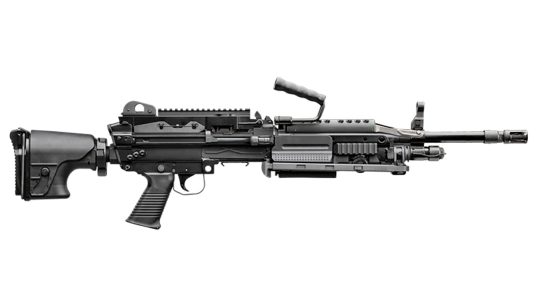