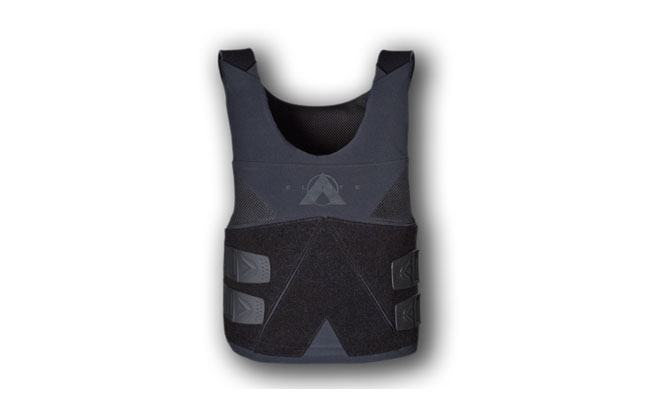 Point Blank Enterprises Inc., the worldwide leader in the production of soft body armor and related protective solutions, today unveiled the first-of-its-kind Alpha Elite Series NIJ Level II and IIIA tactical and concealable body-armor systems. After providing a sneak peak of the technology earlier this year, Point Blank has announced that the full line of Alpha Elite Series products will be unveiled at the annual Shooting, Hunting, and Outdoor Trade ShowSM (SHOT Show) and Conference in Las Vegas, Nev., from Jan. 14-17, 2014.

Featuring the revolutionary Dyneema Force Multiplier Technology by DSM, the Alpha Elite Series provides high-performance ballistic protection integrated in a fully functional and scalable design to meet the needs of Law Enforcement, Military and U.S. Special Operations. A key focus of the Alpha Elite series product development was also ensuring that this ground-breaking technology is affordable to the vast majority of law enforcement agencies.

“Rigorous testing by independent labs has shown the Level II and Level IIIA Alpha Elite products are the best performing and lightest-weight products on the market today, and we are able to offer them at a cost that is comparable to other soft-armor ballistic solutions,” said Michael Foreman, vice president of government and international sales and head of product-line management at Point Blank Enterprises. “We are thrilled that we can offer this revolutionary product that was designed to meet the rigorous demands of U.S. Special Operations forces deployed in the world’s most dangerous regions to law enforcement, federal, military and special-ops personnel at home and around the world.”

Foreman added, “We are particularly proud to be featuring, for the first time at SHOT Show, the Alpha Elite Level II product, which has proven to be 20 percent lighter and six percent higher performing than the best NIJ .06 Level II models previously on the market. The array of products provides consumers with a broad spectrum of choices to fit the strategic needs of their missions.”

“Dyneema Force Multiplier Technology is a result of DSM Dyneema’s radical innovation program that will create a new benchmark in light-weight ballistics solutions,” said Shitij Chabba, DSM Dyneema Global Business Director for Life Protection. “DSM Dyneema is proud to have Point Blank as our first licensee for this technology. We look forward to working together to outfit law enforcement and military professionals with this revolutionary product that provides unmatched comfort and mobility.”

This revolutionary ballistic package is now commercially available and will be sold through Point Blank’s global distribution network for those seeking the most advanced and lightest-weight protection. The package will also be available with all core Point Blank Body Armor and PARACLETE advanced tactical armor solutions worldwide, both direct and via the Company’s General Services Administration (“GSA”) schedule.

Thanks to the help of renowned rifle manufacturer ArmaLite and its AR-10A4, the BOPE...