Colorado-based SWAT (Security With Advanced Technology) offered TW an opportunity to preview their new line of pepper-ball launchers. Their new Mk4 Models will be sold only for government and LE use. TW was interested in what brought this unique weapon from the minds of SWAT’s engineering team through the development phase, and into a product launch.

To test their products, SWAT offered a short-distance firing range featuring digital “bad guy” targets projected on a large screen. The new launcher looks like a Colt M-4, though it has a clear magazine and an optical-orange barrel.

SWAT reps said that the Mk4 model comes in response to demand for a tactical quality less-lethal weapon. SWAT began listening to department requests for a higher quality, multi-purpose less-lethal weapon several years ago, when it was a retailer for existing paintball weapons. Officers complained that the paintball guns in use were not meant for high-risk professional LE scenarios. Several problems faced departments employing regular sport paintball guns with pepper pellets: The paintball gun’s large plastic hoppers often got in the way of sights, and the pellets themselves, housed in thin gelatin casings, would often break during transport. The guns themselves were made for recreational purposes. While most automatic and semi-automatic paintball launchers may look like sophisticated weaponry, the barrels, grips and stocks are often manufactured using inexpensive and flimsy materials. The standard 68-cal. projectiles themselves move at an average of around 250 fps, delivering minimal impact before the release of the ball’s pepper payload. They may deliver a pepper pellet, but not reliably, and were of no use in any other tactical scenarios.

Platform, Features & Ammo
SWAT’s Avurt Mk4 launcher sports a rifled barrel that gives the pellet (the same 68-cal. size as a standard paintball) a unique double spin, which increases accuracy to within an 18-inch square from a distance of 50 meters. The Mk4 is also based on the Colt M-4 a platform familiar to many officers. Many controls are identical, such as the magazine release, although the safety is a typical cross-bolt type. The Mk4 can support the weight of a man, thus enabling its use in certain tactical maneuvers such as window pulls. The launcher’s familiar platform not only enables tactical versatility, but also reduces training time with the equipment.

Departments can purchase the weapons and in a matter of a few hours, operators can feel confident and comfortable firing PAVA (Pelargonic Acid Vanillyamide—synthetic Capsaicin) filled capsules, nylon glass-breaking pellets, rubber impact rounds, indelible-ink markers, or talcum-powder practice rounds. Interchangeable projectiles give the weapon versatility and can even be used in different roles within one situation, as all the rounds are color coded and housed in a spring-loaded clear magazine. The clear magazine enables operators to visually index different projectiles. Operators need not worry about a chambered round when switching projectiles for different uses, as the weapon does not chamber a round. The pellet simply drops out of the weapon when the magazine is removed. The payload is housed within a durable styrene coating, not the fragile gelatin used for civilian paintball launchers. The projectiles move at 380 fps, delivering more punch than standard, lower speed paintball guns.

Benefits And  Overall Cost
The Mk4 LE Avurt launcher presents PDs with the advantage of a less-lethal weapon with fewer legislative restrictions than other devices. Some devices have recently come under attack, making officers reluctant to use the device. These are the very instances in which they may reach for a normal firearm.

The Avurt costs between $1-$2.00 per-projectile (depending on contents), with the launcher itself starting at $799.
Departments and jurisdictions may re­­­­quire extensive on-site officer training with other products, Avurt claims that only a few moments of practice are necessary due to the low recoil and familiar platform. The pressure comes from a standard scuba or Scott tank filled with compressed air. The Mk4  can be fired at ranges from a few feet to 100 meters. The launcher can be fitted with a hopper and turned on full-auto mode for larger scale crowd control.  Due to its complete lack of recoil and ease of use, the Avurt Mk4 launcher provides LE officers with a wide range of applications in various tactical situations. If an officer fires a PAVA pellet near an attacking animal, it will be instantly incapacitated or deterred, but not permanently harmed. Officers can also visually index nylon glass-breaking rounds for quick entry or escape. Officers can use indelible-ink marking rounds for suspect ID in large groups.

This weapon provides officers with a low-cost and less-lethal alternative to several other products on the market. The Mk4 launcher seems to provide an all-in-one and less-lethal approach to the demanding situations facing tactical officers every day. It allows officers in high-risk situations to assess quickly and fire in response with much lower risk of casualty. It’s currently being T&E’d for use by the Denver PD. Visit: swat-systems.com. 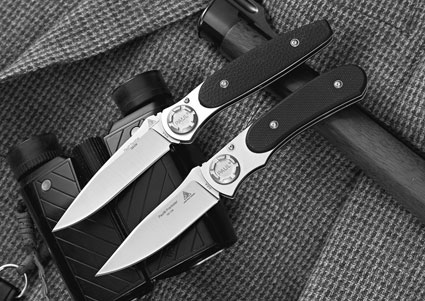