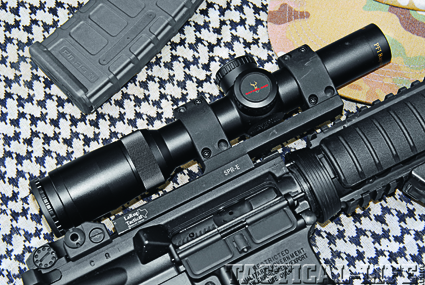 Everyone has his or her own favorite style of optics. For close quarters, many soldiers have favored the M68 Close Combat Optic, better known as the Aimpoint CompM (2, 3, or 4), while others choose the EOTech Holographic Weapon System sight 1-power optic for CQB. These scopes are well suited for house-to-house combat in an urban setting. When operating in an environment where the target would most likely be out beyond 300 yards, soldiers often employ the Trijicon ACOG (Advanced Combat Optical Gunsight). The ACOG is a 4-power scope allowing the soldier to reach out to engage their target. 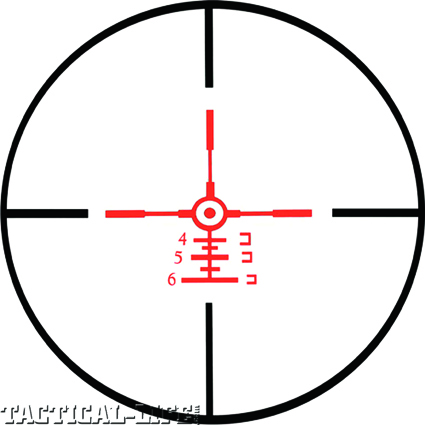 An illuminated graphic of the scope’s reticle. The outer circle approximates the size of a head at 100 yards.

Operating in an urban environment, soldiers often find themselves going from close quarter combat (CQC) to engaging targets at long range in a matter of minutes, during the same mission. The need arose for a scope that could provide the best of both worlds: enter the 1-4 power scope. New to the scene is the Pride Fowler Rapid Reticle Close Quarter/Long Range (CQLR), a 1-4 variable-power scope with an illuminated reticle. Per Chad Drayer, a former Marine Corps sniper and now a technical specialist for Pride Fowler, “The scope is designed for the average infantryman. This is a quick-and-dirty, hit-the-center-mass scope. The scope is capable of 3-MOA at 100 yards and is calibrated to be used with .223 (5.56mm NATO) and .308 (7.62mm NATO).”

John Pride and Mickey Fowler formed Pride Fowler in 2003. Pride served with the 101st Airborne in Vietnam, is a retired Los Angeles police detective, and also worked as a forensic firearms expert and bomb technician. As a competitive shooter he has won 20 major matches worldwide, including four national police titles and four Bianchi Cup championships. Mickey Fowler was co-owner of International Shootists, a firearms training school.

What both of these shooters observed was that while many scope manufacturers produced hold-over type scope reticles, none of them offered a reticle that was simple to use. Pride, the president of PFI explained, “The Rapid Reticle took about 3 years to develop but I wanted the reticle in the first focal plane so that no matter what power setting you have it on, it’s going to be calibrated; plus at one power it appears like a true dot. 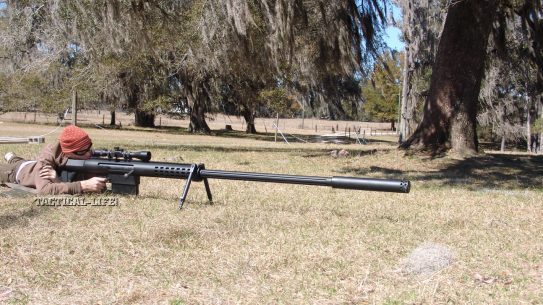 Aiming to push the limit for precision fire to 3,500 yards, Anzio Ironworks developed...