The 3X Compact Prism Scope survived being run over by a Jeep twice.

Recently, I got to test Primary Arms’ 3X Compact Prism Scope, though “torture” might be more accurate. What makes this scope unique is the Advanced Combat Sighting System (ACSS) reticle etched unto the glass. This scope was designed for the sport shooting and hunting crowds. Of course, considering my testing protocol, I’d also include law enforcement in that mix, too. After seeing what this scope was capable of, I wouldn’t hesitate to put this on my patrol rifle. But more on that later. 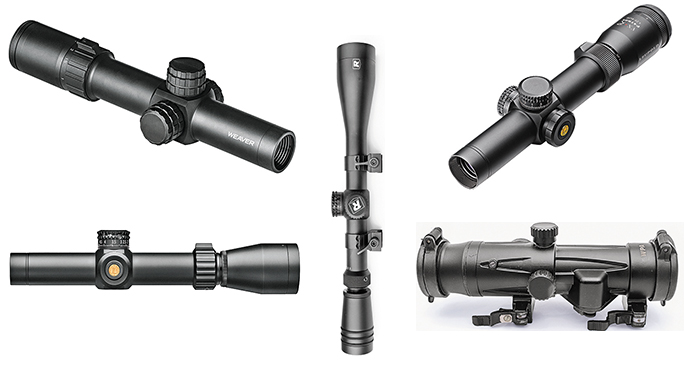 5 Fast-Targeting AR Scopes You Need to Know About

The ACSS reticle was designed by Dimitri Mikroulis and is used under license by Primary Arms (and Trijicon in its ACOG). I tested the reticle specific for 7.62x39mm/ 300 Blackout rounds, but it’s also available for other chamberings. I used RS Regulate AK-302M and AKOG mounts for this test on my AK-pattern DAKM-4150 from Definitive Arms. You can pick up this compact prism scope from Primary Arms, its vendors or my favorite place to shop, the AK Operators Union (AKOU), which offers a complete package for AK shooters that includes the scope as well as RS Regulate mounts.

The ACSS reticle is so simple to use that it’s almost too easy. It combines bullet- drop compensation with range-estimation capabilities. It’s designed to increase your first-round hit probability and decrease your time on target. According to Primary Arms, it’s a two-part reticle that lets you be very fast from 0 to 300 yards and very accurate from 400 to 600 yards. It also includes lead dots on each side of the center chevron for moving targets. As you can probably see, this versatile reticle will make lots of shooters happy.

To begin testing, I established a 50-yard zero as indicated in the manual. Then I attached about 50 feet of 550 paracord as a lanyard before pitching the scope into the cold Puget Sound. Anyone can waterproof- test an optic. However, I prefer to take my testing to extremes. As most know, salt
water and electronics don’t mix.

The tide was in at the time, making the depth about 25 feet from the dock I was standing on. I gave the scope my standard 60-minute marinating time in the cold ocean water. Currently, it’s not Dungeness crab season, so there were plenty of them crawling under the dock. I swear I felt tension on the line a couple of times. That was probably just the crabs thinking, “What the hell kind of armor does this guy’s shell have?”

After the scope had spent an hour on the ocean floor, I pulled it to the surface. It powered right up without hesitation. The reticle was nice and bright.

After I walked in from the dock, I rinsed the scope off with fresh water. Into the deep freezer it went for my usual three-hour cold-weather simulation test. But I became preoccupied, and the test accidentally lasted five hours because I forgot about it. When I pulled the scope out of the freezer, it powered right up again with no hesitation. The reticle was crisp and clear. I even took it to the range to check the pre-established zero. Everything was good, and I noted no shift in zero.

I subjected the 3X Compact Prism Scope to lots of abuse during this test. I started by dropping the scope on each side and each lens from a height of more than 6 feet. To make it more interesting, I removed the protective lens caps. Because I wasn’t getting the results I was looking for, I decided to chuck the scope about 20 to 25 feet down a concrete slab. It bounced several times on the concrete and even glanced off a thick metal table leg before stopping.

I actually succeeded in slightly denting the tube near the front lens housing during this test. It didn’t seem to faze this scope, though. The only other notable damage was to the turret caps, but it was only slight and to be expected with any brand of scope. With a quick click of the illumination dial, the scope displayed a bright, crisp reticle. When I checked the zero, it had slightly shifted to the left. I don’t blame the scope, though, as the mount had come a bit loose during the abuse test. I just retightened it and re-established my zero.

The next leg of testing found the prism scope in a large bowl of water that I left in my deep freezer for more than 48 hours. I’m sure some of you are wondering why I’d make prism-scope ice cubes. Simply, I was attempting to get the seals in the scope to swell and also allow water into the tube to fry the electronics. When I broke open the ice sarcophagus and powered up the scope, however, I was again greeted with a bright, crisp illumined reticle.

I wanted to dry out the scope properly after my ice test, so into the oven it went. It spent 30 minutes tanning on a cookie sheet at 170 degrees. At that point, every other red-dot sight I’ve ever tested was dead right there, or close to it, and testing was all but finished. Not the 3X Compact Prism Scope. Nope, it simply mocked me. That meant that I had to get more creative and add more methods to my testing. For anyone wondering, it held its zero just fine after being frozen and then baked in the oven.

Bring In The Jeep

At this point, I wanted to kill the scope. What better way to do that than to run it over with a 31-inch mud tire, right? Wrong. I tossed the scope onto a dirt trail to see what would happen next. In the interest of full disclosure, I reinstalled the factory mount on the scope, as I didn’t want to destroy my RS Regulate mounts.

I’m blessed to have a patient, understanding wife who was willing to run over the scope while I took pictures. Actually, I think she enjoyed it a little too much. All this did was pack the scope into the dirt. It warped the scope caps a bit, but that was the extent of the damage. So, I did what any reasonable person would do. I had my wife put the Jeep in reverse and do it again. It yielded the same results. And after powering up the scope, the reticle was crisp and clear. I swear, this thing was holding on stronger than an antibiotic-resistant STD. It was then time to brainstorm more ideas on how to kill it.

Who doesn’t want to see what happens when you put a nice scope in a microwave? My wife, for one, and she gave me one of those looks when I told her what I wanted to do. Thankfully, my local thrift shop had a great deal on an old beater microwave for this portion of the test. After about 25 to 30 seconds of cooking, the scope started to arc pretty well, so I pulled the plug. Finally, I had succeeded in frying the electronics. However, technically, it was still in the fight, as the reticle is etched into the glass. I was shocked, as there wasn’t a hint of scorched glass or smoke in the tube. 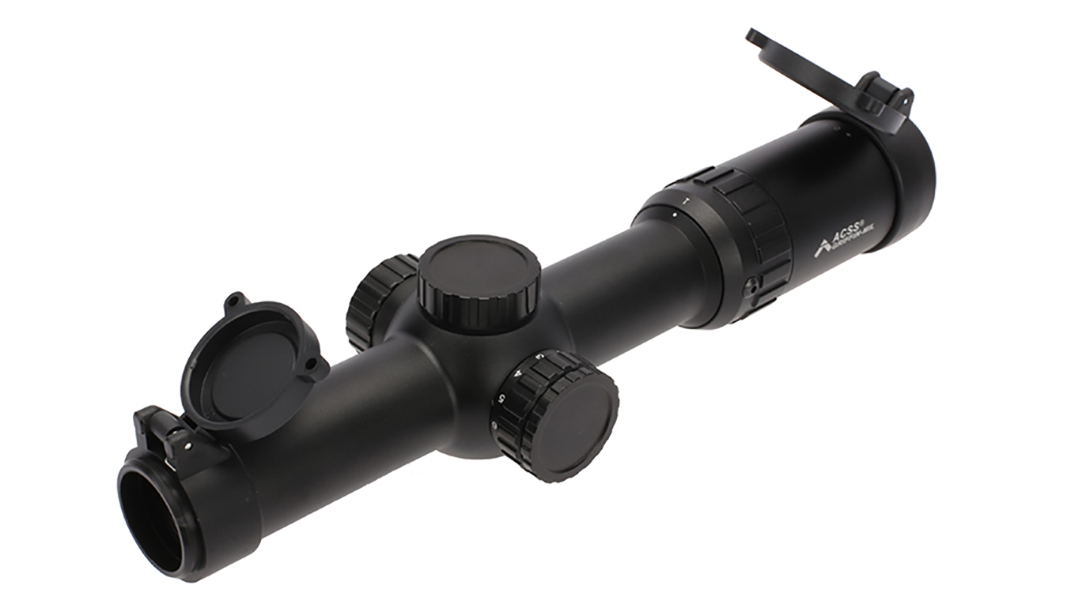 Because my testing was finally concluded, I wanted to give the scope a proper sendoff. I grabbed my trusty Definitive Arms AK-47 and some 7.62x39mm FMJs and went to the range. The first shot only blew off the mount. The glass with the etched reticle was still clear and surprisingly not even cracked. I could have had a nice 3X spotting scope, but I decided to shoot it a couple of more times instead. By then, it was dead, and the torture test was concluded. After some flowers and a prayer of thanks to the scope gods, it was time to head home to enjoy some frosty malted beverages.

Some of you might think this battery of testing was a bit extreme, and I’d be inclined to agree. However, I believe in thoroughly testing equipment so I can discover its limits. In the real world, depending on your location, you encounter extreme cold, desert heat, high humidity or monsoon-type rains. What would happen if you accidentally lost your grip or balance, sending your rifle slamming onto the ground optic-first? By pushing a piece of equipment to the point of failure, you get a much better idea of what it’s capable of handling before quitting.

Primary Arms, along with ACSS designer Dimitri Mikroulis, really hit it out of the park with this one. There is nothing “budget” about this prism scope—other than the $260 price tag. It’s worth every penny and then some. It wouldn’t be doing this prism scope justice unless I gave it the ringing endorsement it rightfully deserves. The ACSS reticle is easily one of the best reticles I’ve ever used. It packs everything a shooter could want into one package. If you decide to purchase this prism scope, do so with complete confidence.