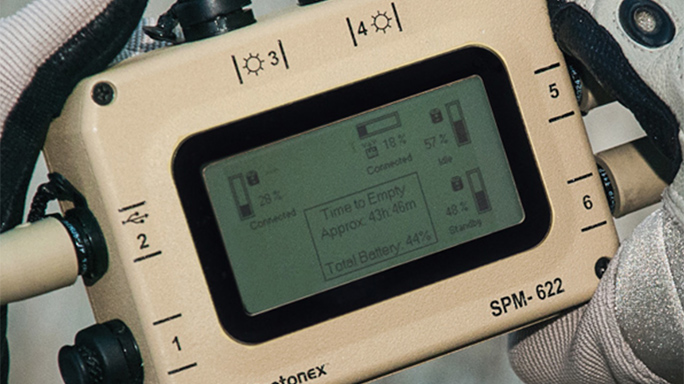 Massachusetts-based Protonex, a Ballard Power Systems brand that provides portable power solutions to the U.S. Army, Navy, Marines, Air Force, SOCOM, and National Guard, has unveiled its new Universal Power Kit. Based on the company’s SPM-622 Squad Power Manager, it reduces the weight and clutter of the batteries, chargers and power adapters used by EOD (Explosive Ordnance Disposal) teams in the field.

According to the press release, the original Protonex SPM-612 EOD kit, developed in conjunction with the Office of Naval Research (ONR), Naval Sea Systems Command (NavSea) and Navy EOD Training & Evaluation Team Two, was used by all Navy EOD teams in 2014, with great success. They all reported a reduction in charger and adapter weight from 45 pounds to 9 pounds. This translated to more space in the EOD team vehicle.

Those same Navy EOD teams also requested that Protonex package each power manager kit in a “roll kit,” to keep equipment organized and ready for use. Over 90 percent of all power management kits shipped to every military branch are now requested in this type of kit.

The new Universal Power Kit includes the SPM-622 Squad Power Manager, with added power-handling and intelligence, along with full waterproofing. The SPM-22 is waterproof up to one meter. Also included is the latest Minehound and other metal detectors, in addition to tool batteries by DeWalt and Snap-On, as well as other equipment vital to EOD teams.

“The new enhanced EOD universal power kit builds on the capability established with the original SPM-612 kit and gives today’s EOD teams the most advanced universal power solution available,” said Michael Skinkle, Protonex EOD Account Manager. “When used in conjunction with our Adaptive Battery Charger, EOD teams have a total power management solution that is more efficient and rugged than other options.”

The Universal Power Kit can be bought directly from Protonex, or from GSA Advantage, the NSN Class IX Schedule from ADS, Darley Defense and Federal Resources. No word on the MSRP. The SPM-622 by itself retails for $4,538.53. 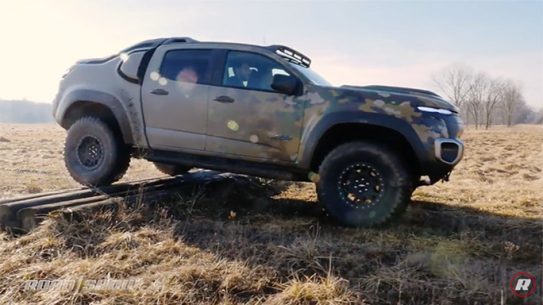 VIDEO: Off-Roading in the US Army’s New Chevy Colorado ZH2

Wanna take a ride in the Army's Chevy Colorado ZH2? Well, you can't. But...