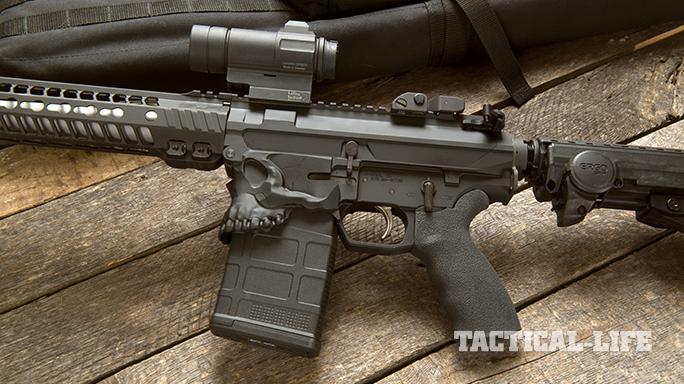 1 of 10
You Need to Check Out These Sharps Bros. Lower Receivers
Every AR looks the same, right? Think again. Sharps Bros. is reinventing America’s favorite rifle to create some truly exceptional builds that refuse to blend into the crowd. 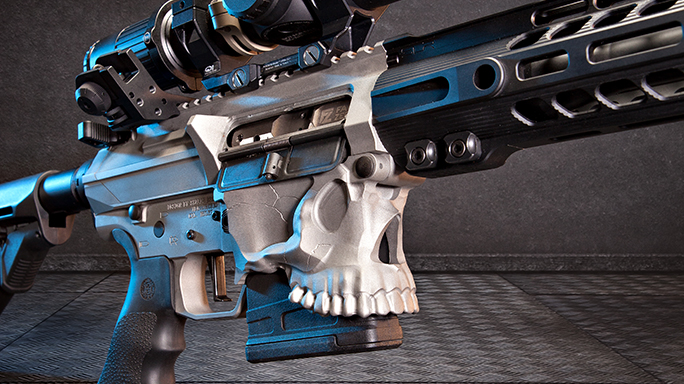 2 of 10
You Need to Check Out These Sharps Bros. Lower Receivers
For .308/7.62mm ARs, Sharps offers complete billet-crafted upper and lower receiver sets, including the Livewire and Jack10 (shown). 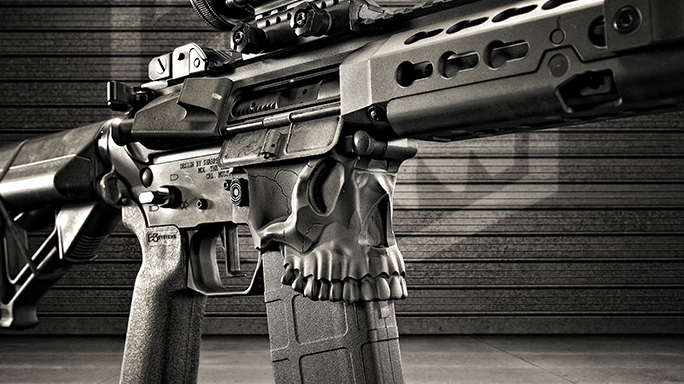 3 of 10
You Need to Check Out These Sharps Bros. Lower Receivers
The 5.56mm Jack lower receiver weighs just 11.1 ounces and comes with a mil-spec hardcoat anodized finish to resist corrosion. 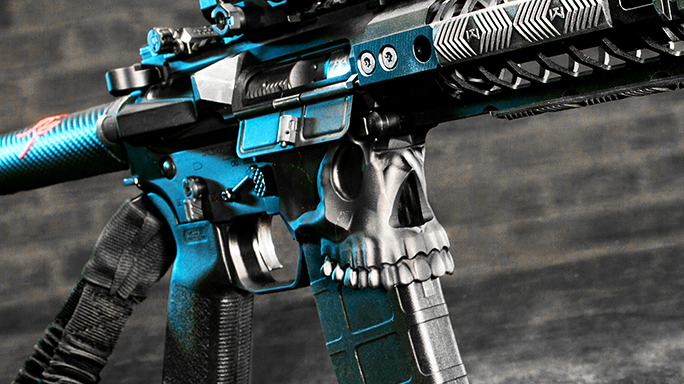 4 of 10
You Need to Check Out These Sharps Bros. Lower Receivers
If you’re looking to stand out on the range, the extremely detailed Jack lower from Sharps Bros. should be at the top of your AR parts list. 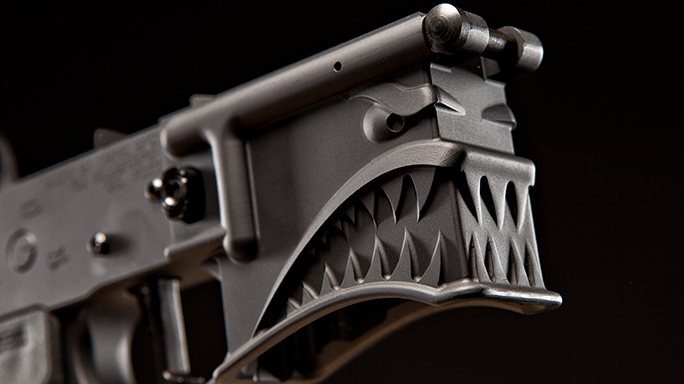 5 of 10
You Need to Check Out These Sharps Bros. Lower Receivers
The first receiver from Sharps—the Hellbreaker—was modeled after the Flying Tigers paint job on P-40 warplanes. 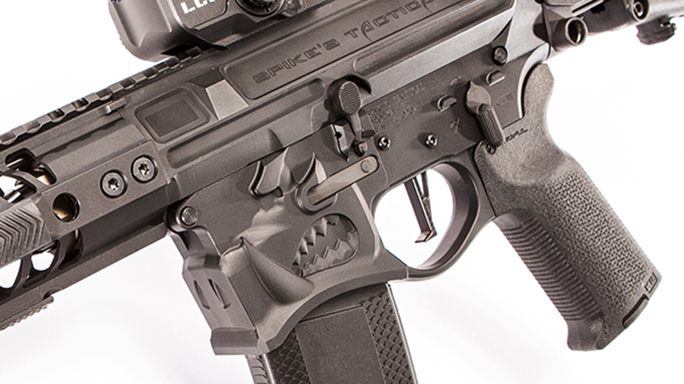 6 of 10
You Need to Check Out These Sharps Bros. Lower Receivers
Sharps’ aptly named Warthog lower receiver looks the part with tusks and nostrils, and functionally, it’s heavily flared for quick reloads under pressure. 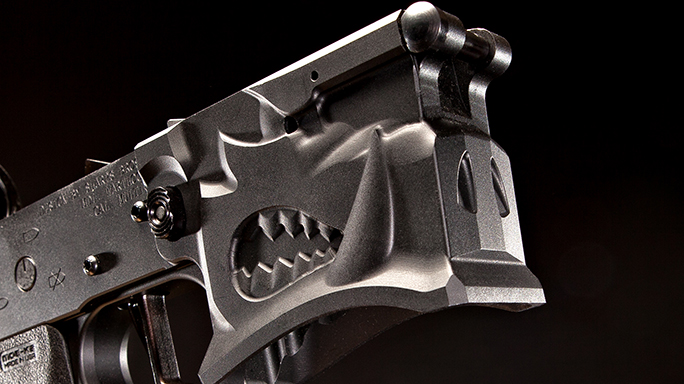 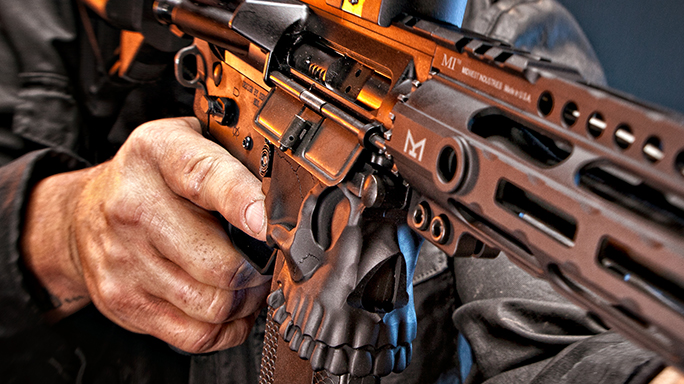 8 of 10
You Need to Check Out These Sharps Bros. Lower Receivers 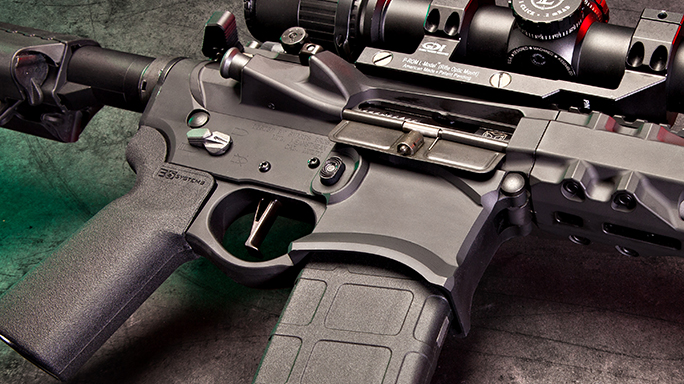 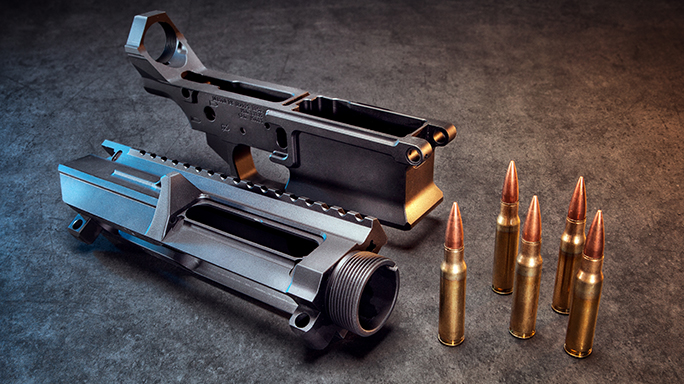 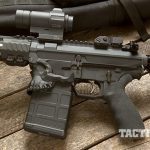 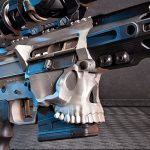 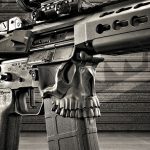 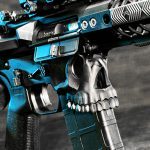 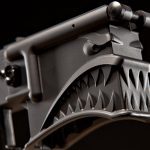 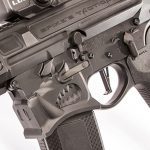 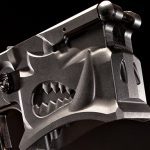 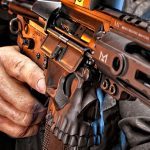 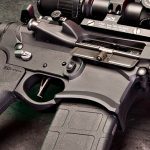 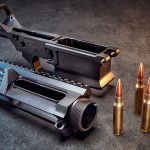 The advantage of AR billet manufacturing is that the maker can deviate quite easily from the mil-spec aesthetic, adding his or her own creativity and design ideas. No company has taken advantage of that as much as Sharps Bros. While you may not know its name, you have most likely seen the company’s uniquely aggressive and striking receivers. Sharps Bros. is the designer and manufacturer of some of the most outrageous—and I say that in a good way—AR-platform receivers on the market.

Right off the bat in our initial telephone conversation, John Sharps wanted me to understand the meaning of the company name. The “Bros” in the company name is for his sons, now ages 9 and 11. From the very beginning, John meant this to be a legacy company, one that he would pass to his sons and hopefully beyond. The products he builds and the business he created can only be described as a great American success story.

Like many other entrepreneurial epiphanies, John had a design concept for an AR-15 lower receiver. He created a company from scratch to build that concept. Not unlike other entrepreneurs, his inspiration was unexpected and came from an unlikely source. Touring the Seattle Air and Space Museum with his family, he came across a Curtiss P-40 with the Flying Tigers emblem. He turned to his wife and said, “Someone should put that design on an AR-15 receiver.”

So, around 2012, Sharps Bros. launched, and the Hellbreaker lower receiver was born.

The design phase to production of that first receiver took a bit over a year. Starting with a mil-spec receiver framework, the Flying Tiger motif was created, modified and applied in computer modeling software known as Solidworks. Numerous 3D plastic models printed for visual inspection and used to tweak the design to perfection, both mechanically and visually. It had to function flawlessly and look even better.

John smartly realized that regardless of how great a product was, it would not sell if there were not great marketing and distribution channels available. He understood that creating a new manufacturing company and upstarting the production of new products was a humongous job and felt that creating a market for his products and building distribution from scratch was more than he wanted to do. His first receiver in hand, he knocked on the door of Spike’s Tactical, and an informal partnership was born. John said that he had a few distribution companies to choose from. He felt Spike’s was a good fit because the company offered unique products and pushed the boundaries of products and the market.

With the successful launch of the Hellbreaker receiver, John’s next design, the Meanstreak, was a bit more sedate. It has very nice lines and curves, but it did not have the extreme design of his first lower receiver. Spike’s Tactical liked it but preferred to have another lower receiver with a more striking design, seeking again the breathtaking gasps generated when shooters see the Sharps Hellbreaker for the first time.

With that advice, John morphed the yet unproduced Meanstreak design and created the Warthog receiver. As hard as it is to imagine designing an AR-15 lower with the motif of a feral pig surrounding the magazine well, the final design hits the nail right on the head. One look and you know exactly what it is.

As Spike’s Tactical expected, the Warthog was another Sharps Bros. success. Up to that point, the manufacturing of the receivers had been outsourced. With the confidence of two solid hits on his hands, John decided to buy into the manufacturing company that he outsourced from. Now all of the receivers are made in-house. The company currently employs 35 people who work in three shifts to run 17 machines. Sales are totaling in the tens of thousands per design. That’s a lot of production.

Sharps’ new products evolve about a year apart. It takes that long to conceive the design, produce it in 3D computer models, tweak the design numerous times, test and retest, then write the code for the milling machines.

The Sharp Bros. Jack lower can best be described as a skull morphed into a magazine well. John boasts that the Jack was the most ambitious AR-15 lower design ever conceived. He started the design process by purchasing a set of tooth and gum models from a dental supply company. Once compiled in the 3D software, the lower prints for review. John finds that while the skull’s shapes are accurately parlayed onto the receiver, the details and proportions don’t translate well visually on the finished receiver. He spends endless hours reshaping, distorting and modifying proportions. He doesn’t stop until he gets the look he wants translated perfectly onto the AR. With the design finalized, over 3 million bits of code went into writing the machining instructions. John estimates that the Jack build required about 10 times as much code as other receivers.

Sharps’ line has expanded to four unique AR-15 designs and two for .308 ARs. The latter come in sets that include upper receivers. And yes, the original Meanstreak has become part of the product line. Receivers milling uses 7075-T6 aluminum with black hardcoat anodizing.

In addition to the AR products, Sharps Bros. offers the MB47 milled AK receiver. Starting with a 15-pound block of aluminum, it is milled down to 2 pounds and is one of the strongest receivers on the market. Sharps also offers the MBT, which is an AK-47 trunion to marry the barrel and a stamped receiver.

I asked John about future AR receiver designs. All he would tell me is that more are on the way and that they are quite unique. The rest of the information is being held close to the vest.

John sent me a Jack10 receiver set for review, and for a rifle build. I have to say, as good as they look in pictures on the Sharps’ website, they look even better in hand.

The first thought that crossed my mind when I held the Jack10 receiver in my hand was that it would be great to add some paint to highlight the bone cracks and teeth.

Not surprisingly, that was the exact kind of creative inspiration that John was looking to develop. His goal was to make components for gun enthusiasts to make their rifles their own. The Sharps Bros. Instagram page is filled with photographs of numerous custom paint jobs, elevating Sharps’ amazing designs to an even higher level. Personally, I can’t wait to see what this innovative company comes up with next.

This article is from “Gun Annual” 2018. To order a copy, visit outdoorgroupstore.com. 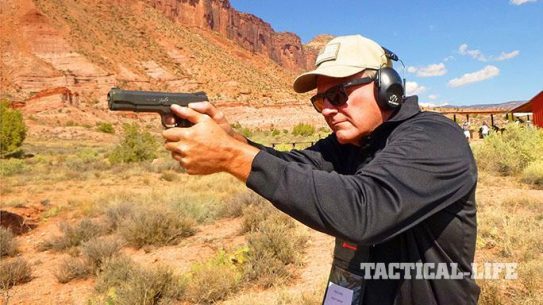