by Tactical-Life.com
in Accessories, Gear
0

SilencerCo is pleased to announce the launch of a groundbreaking new product at the 2012 Shot Show, the 5.56 SAKER. The most advanced rifle suppressor on the market also has three incredible new features not seen in the industry today: the MAAD Mount; HOPLON Baffle; and TRIFECTA Flash Hider. The product was introduced at the 2012 Shot Show in Las Vegas this week to an overwhelming response; it was announced today by Joshua Waldron, CEO of SilencerCo. 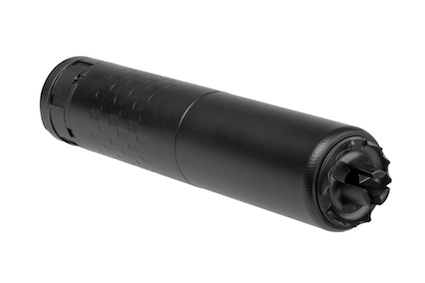 The 5.56 SAKER is another “gamechanger” product offered by SilencerCo. As the most advanced rifle suppressor on the market with features never before offered in the industry, the 5.56 SAKER has now set the bar for rifle suppressors. The SAKER has an interchangeable front cap feature for different purposes such as a flash hider. The baffles are made from an exotic material that has never before been used or seen in silencers and is approximately 60% stronger than Inconel. The SAKER has several patent pending technologies that place this suppressor leagues above its competition. Made for durability, accuracy and function, the SAKER is Superior Silence. 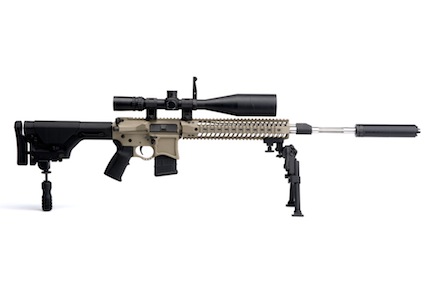 The three incredible new features for the SAKER include:

• MAAD MOUNT – SilencerCo’s “Multiple Accessory Attachment Device (MAAD)” allows you to interchange the SAKER’s mount so that you can attach the SAKER to your preexisting quick detach mount and save hundreds of dollars.

• HOPLON BAFFLE – This patent pending baffle technology protects the SAKER’s baffles from erosion thus increasing its durability. Much as armor on an armored vehicle deflects the debris from an IED, the Hoplon Baffle deflects debris and cuts down on baffle erosion up to 90%.

• TRIFECTA RS FLASH HIDER – The TrifectaRS flash hider is the most advanced quick detach mount on earth. The RS stands for Resonance Suppression which is a patent pending technology that keeps the flash hider from ringing like a tuning fork. The TrifectaRS also allows the SAKER to be attached and detached from the rifle quickly with one hand. 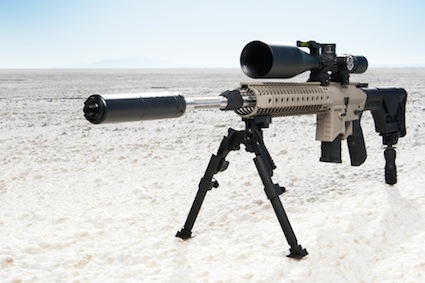