0
SHARES
105
VIEWS
Share on FacebookShare on Twitter
Ready to partake in some “tactical” .22 rimfire action? Mount an AAC Pilot suppressor, a Bushnell 3200 Elite scope and a Harris bipod for some small-target sniping.

The founders of Savage Arms, and its sister company, Stevens Arms, invented products that live on today in Savage’s new lineup of suppressor-ready rimfire rifles. In 1887, Joshua Stevens developed the .22 Long Rifle round, which was available in three Stevens rifles the following year. Twenty years later, Arthur William Savage patented the removable box magazine. When the patent expired in 1942, the box magazine became widely used in military and sporting rifles. Now, more than a century later, the box-magazine-fed .22 LR lives on, featured in their “suppressor-ready” rimfire rifles.

Mark II TRR-SR
The Savage Mark II TRR-SR is the most “tactical” of the three suppressor-ready .22 rimfires Savage has introduced this year. The Mark II features an AccuTrigger, which is a proven accuracy producer for any rifle to which it’s fitted. The 22-inch barrel is rifled with a 1-in-16-inch twist rate, and it sports a 0.5-inch, 28-threads-per-inch muzzle with a protective cap. This is the standard size for .22 rimfire suppressors. The barrel is made from a standard grade of carbon steel common for .22 rimfires. 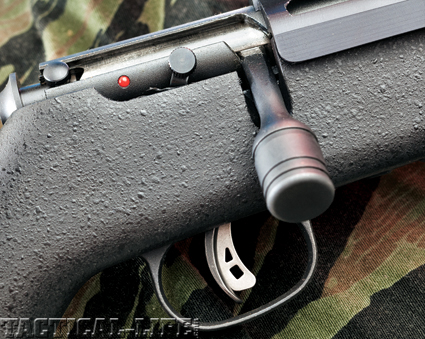 A five-round detachable magazine protrudes slightly from the bottom of the stock. The stock is made from wood and is covered with a black textured finish. The dimensions are a mix of benchrest and prone-type stocks. Two sling swivel studs are located on the foreend, with the forward one designated for a bipod. The overall length is 40 inches and it tips the scales at 7.5 pounds. Picatinny-style scope mounts are attached in front and behind the ejection port, and two more 45-degree Picatinny rails are mounted on the sides of the barrel where it meets the action. The suggested retail price is $569.

A copy of the Mark II TRR-SR chambered in .17 HMR is designated as the 93R17 TRR-SR. It is slightly heavier, owing to the smaller diameter bore with the same-sized barrel. The chamber and the 9-inch twist are practically the only difference between it and its .22 LR counterpart. 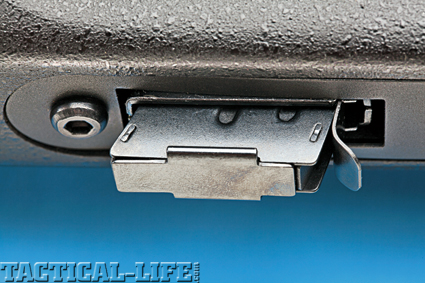