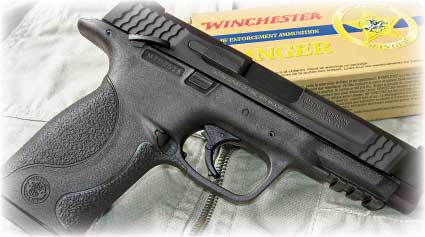 I think it’s fair to say that in the past five years, no pistol has generated more excitement and interest than Smith & Wesson’s M&P (Military & Police) auto. The new management in Springfield made a commitment to go after the law enforcement and military in a very large way. They wanted a product that would go head-to-head with the competition. 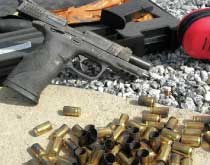 Smith’s stainless service autos were a little long in the tooth and were losing market share, so a decision was made to build a new pistol from the ground up. The M&P line of products was introduced in 2005 with the M&P .40 caliber pistol. Since then, the M&P series has been expanded to include a J-frame revolver and a series of M-16/AR-15 rifles.

The M&P 40 introduced the law enforcement and the shooting public to a completely new pistol. I had an opportunity to examine the M&P when I visited Springfield in the winter of 2006. While there was a great deal going on, Joe Bergeron, Smith’s Handgun Production Manager, found an afternoon to take me to the range and introduce me to the M&P.