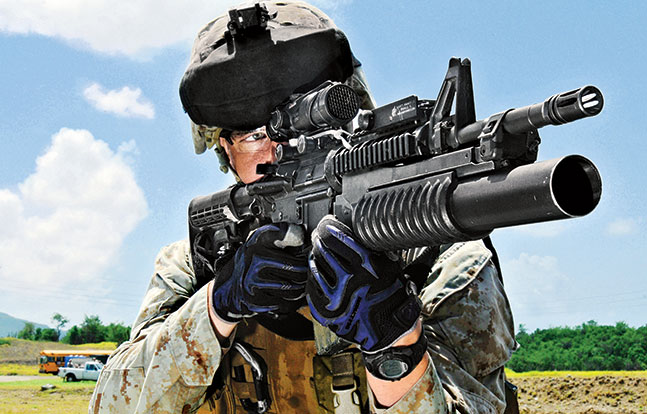 1 of 5
High Tech: The SPARCS Camera Grenade
The SPARCS “camera grenade” is designed to work with current under-barrel grenade launchers, including the M203. 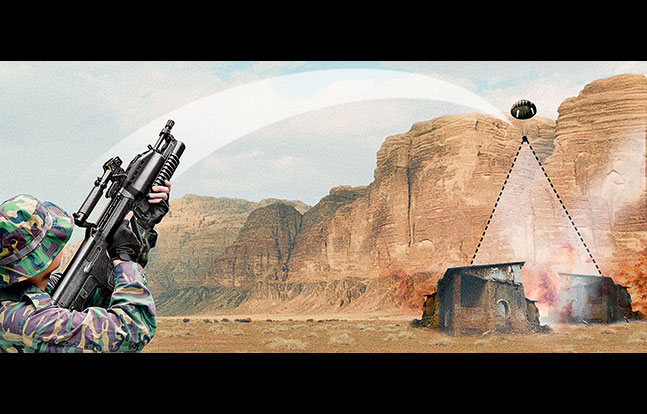 2 of 5
High Tech: The SPARCS Camera Grenade
An operator uses a grenade launcher to fire the SPARCS round above an area. Then its parachute will slow its descent while its camera relays images to a computer. 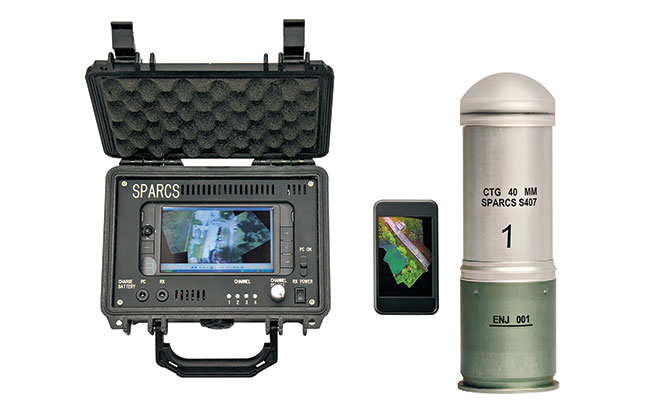 3 of 5
High Tech: The SPARCS Camera Grenade
This graphic shows the 40mm SPARCS round (far right) alongside two portable, easy-to-carry receiver units built specifically for displaying the aerial surveillance images immediately to a unit in the field. 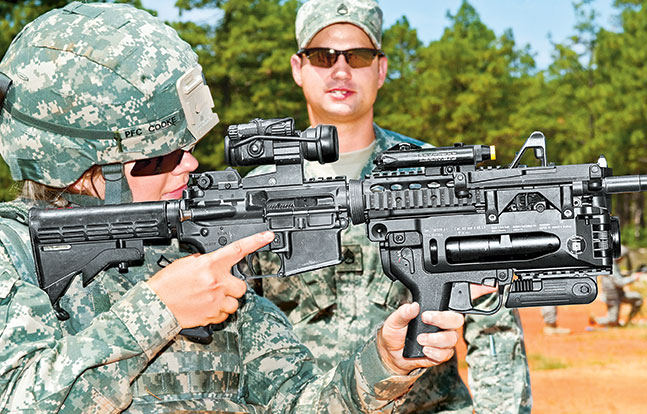 4 of 5
High Tech: The SPARCS Camera Grenade
A soldier with the 82nd Airborne Division fires a training round from the new M320 grenade launcher, which is replacing the legacy M203, at Fort Bragg. 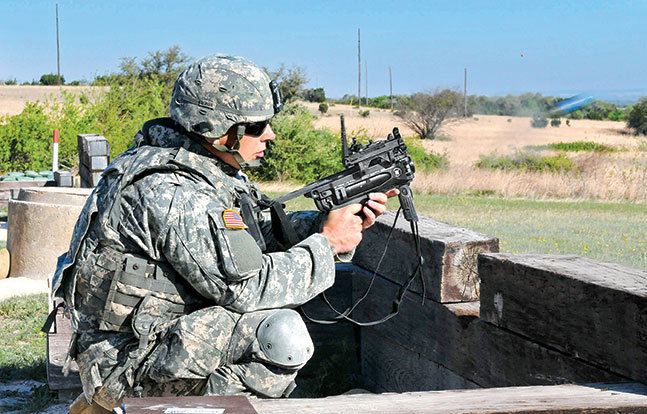 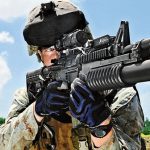 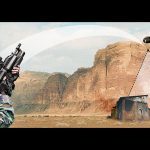 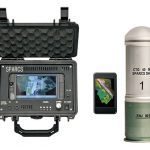 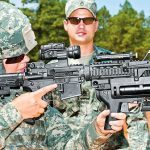 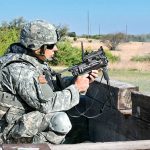 In combat operations, success, even survival, depends on situational awareness—knowing where you are, where your adversary is, and how to neutralize him while protecting yourself. The formula seems straightforward, but none of the variables are easy to define. In the last couple of decades, advanced surveillance systems, including small, even hand-launched, unmanned aircraft, have made locating the enemy much easier, but in many cases, troops on the line must rely on rear-echelon commands to provide these capabilities and the information. Inevitably, this takes time, sometimes hours to position assets and transmit data, when soldiers need to know what’s behind a building or over a hill instantly. Even frontline drones must be unpacked, assembled and launched to provide help, and these tasks can be daunting when an individual soldier or unit is suddenly under fire and forced to take cover.

Today, however, ST Kinetics, one of Asia’s leading land systems and specialty vehicles companies delivering products and solutions to end users in more than 40 countries around the world including the U.S. and Canada, is offering a deceptively simple-looking munition with the capacity to help individual soldiers see the unseen in just seconds.

ST Kinetics’ brainchild is the Soldier Parachute Aerial Reconnaissance Camera System (SPARCS). There’s nothing new about situational awareness aids suspended from parachutes. Flares dropped from aircraft, their falls retarded by chute canopies, were widely used in World War II to illuminate battlefields. “The SPARCS system, however, takes the concept to a uniquely individual level, using a variety of rifle-mounted or autonomous 40mm grenade launcher systems that are widely available for infantrymen.  This enables soldiers to take virtually instantaneous action to expand their short-range fields of view, a critical capability when adversaries may be in defilade so that it’s impossible to determine the size of a threatening force or the armament they can bring to bear,” explained Yong Peng Tan, ST Kinetics’ SPARCS program manager. Not surprisingly, this new, high-tech device has already been dubbed the “camera grenade” by users.

“The same system could also be utilized for a variety of humanitarian purposes, including search and rescue operations after earthquakes in urban areas, tornadoes, floods or other natural disasters that may limit access in relatively small areas with dense occupancy levels and when unmanned aerial systems are almost never readily available,” added Tan. SPARCS contains a CMOS (Complementary Metal-Oxide Semiconductor) camera system with a self-contained battery that manages large amounts of data. The system provides real-time images to any computer, including laptops, with a wireless receiver tuned to the system’s 2.4-gigahertz frequency, stitching the imagery together with loaded software—almost universally compatible with standard computer operating systems—to provide continuous, video-like visual data to give immediate information to viewers.  Imagery also can be transmitted to a combat vest-mounted receiver connected to a heads-up display rigged to a combat helmet mount similar to night-vision goggles, permitting an operator to see outside his field of view while maintaining a continuous downrange sight picture.  Operators have the option of switching signals to utilize multiple SPARCs to increase the area under review.

All this is contained in a standard 40mm, low-velocity mortar round with the camera mechanism and parachute replacing the warhead. It is a very low-cost alternative to standalone surveillance systems and creates almost no perceptible logistics burden.  Anyone with rudimentary grenade launcher training and basic computer skills can use SPARCS, and the system is also maintenance-free.

The SPARCS looks like any 40mm grenade; it’s just over 5 inches long and weighs in at less than 8 ounces. It utilizes a percussion launch mechanism with a delayed fuse. Its solid-state electronics are ruggedized to withstand the force of a standard launch, leaving the tube’s muzzle at 250 fps and rising up to nearly 500 feet in altitude when its parachute deploys to slow its descent, giving a few minutes of wide-angle, top-down views. A ruggedized monitor unit, about the size of a laptop, is available, although the operating software can be loaded on any computer capable of receiving a 2.4-gigahertz frequency signal. S407 rounds come packed 18 to the box, more than enough to handle most emergencies, with a total weight of less than 20 pounds. Also, SPARCS rounds can operate in a wide temperature range, from 14 to 145 degrees Fahrenheit, for use in all but the most extreme climates.

ST Kinetics, the land systems and specialty vehicles arm of ST Engineering, Singapore, makes a wide range of wheeled and tracked vehicles, engineering systems and small arms, including rifles, machine guns and field weapons from mortars to howitzers.  It is a global leader in 40mm weapons and munitions, and is one of the world’s largest producers of automatic grenade launchers (AGLs).  ST Kinetics’ mortar rounds include a low-velocity air bursting model for Australia and New Zealand, a bunker-busting heavy round, high-velocity and extended-range ammunition, and specialty systems, including the SPARCS and less-lethal ammunition for riot control, such as an impulse and multi-pellet cartridge, a tear gas canister, an aerial marker cartridge and a sound and flash canister. ST Engineering, ST Kinetics’ parent company, offers maritime, aerospace and electronics products as well as advanced engineering services. Although it markets worldwide, Asia comprises the center of the company’s business. 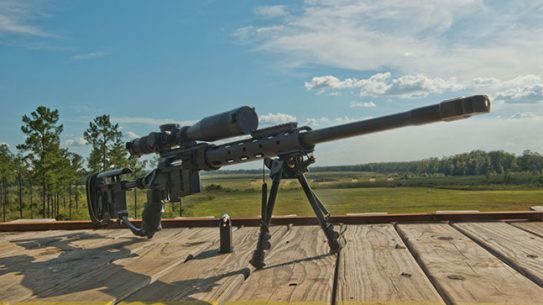 VIDEO: Running the Caracal CS 308 Through the Sniper Experience