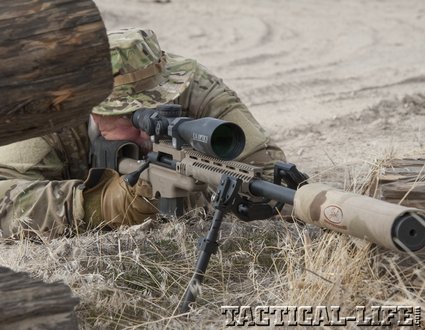 Mike Brown’s UPR Stock is one of the most impressive folding stock systems available for the Remington M700 action. Mated to this .338 Normal, it produced outstanding results at some remarkable distances. Quiet and reliable, the Mike’s Guns .338 Norma is an excellent long-range rifle

Rifle suppressors for police precision rifles have become increasingly popular. Early stainless steel suppressors were effective but heavy, with a significant change in point of impact (POI). Police marksmen typically deploy in an urban environment, where they are just as likely to dress like a plumber as they are to hide in a tree. That means their rifle needs to fit in a covert bag, making length an issue. Ideally, police marksmen needed a suppressor that weighed less—and that meant titanium.

I began researching the issue for my own unit, but at the time choices were slim. The most famous maker at the time would only sell to the military. A couple of others were willing, but insisted that titanium was too hard to work with, would not make a real difference and would cost twice as much.

About to give up, an internet search netted Mike’s Gun Sales and Service and his Jet Suppressors. Mike was willing to work with me, plus he happened to have one in stock and it was less money then the suppressors we already had! A purchase order was cut and the suppressor arrived about a month later. It resulted in a move to Jet cans for every rifle. More importantly, it resulted in a continued relationship with Mike and a better understanding of not only the suppressor business, but the precision rifle business as well. 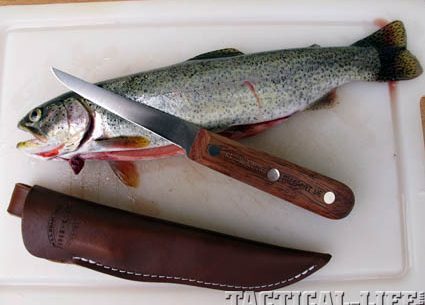 With the L.L. Bean’s Trout Knife, a century of getting it right in outdoor...