It was really a matter of time before standalone LMT suppressors saw their way to market. That much was made clear with the launch of LMT’s integrally suppressed CSW (Confined Space Weapons) earlier in 2017. 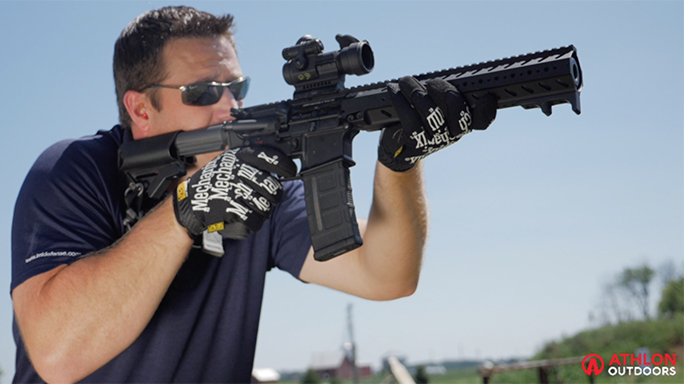 Innovation is the name of the game with Lewis Machine & Tool, and there’s no shortage of it with the new suppressor line.

“This isn’t just LMT thinking of cool stuff. We actually partnered with Lawerence Livermore National Labs, which is an Army research facility. They developed the high-dynamic suppression fluids,” said Mathew Pruitt, marketing manager for LMT. “So they developed the technology. We just took it to commercialize it to put it onto suppressors and put it on end of weapons.”

LMT gave us an exclusive look at its new suppressors at the Athlon Outdoors Rendezvous in Gateway, Colo. Watch the video above for a better idea of what’s in store.