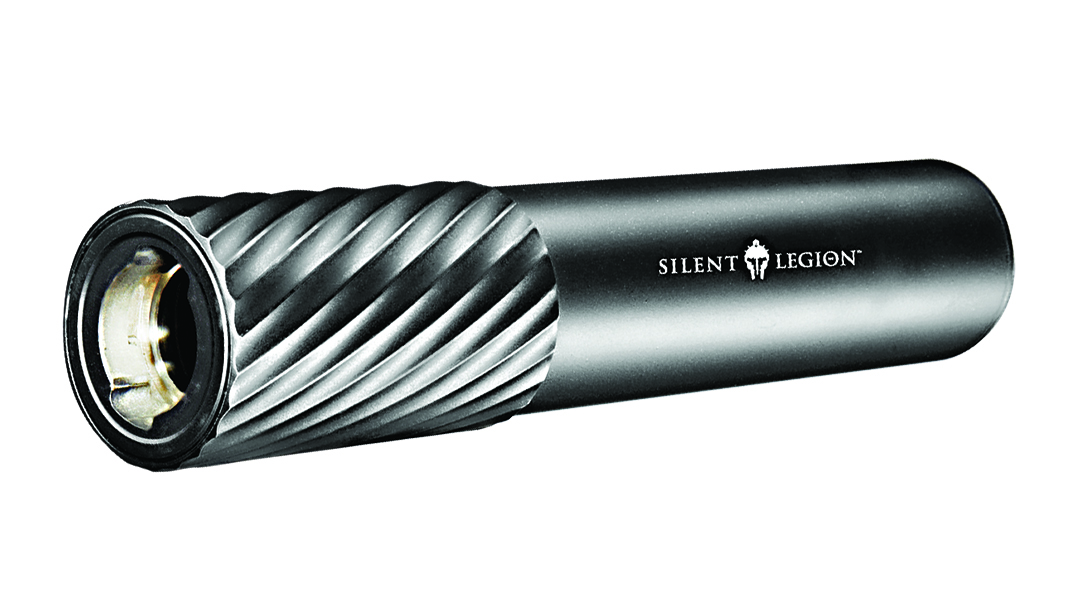 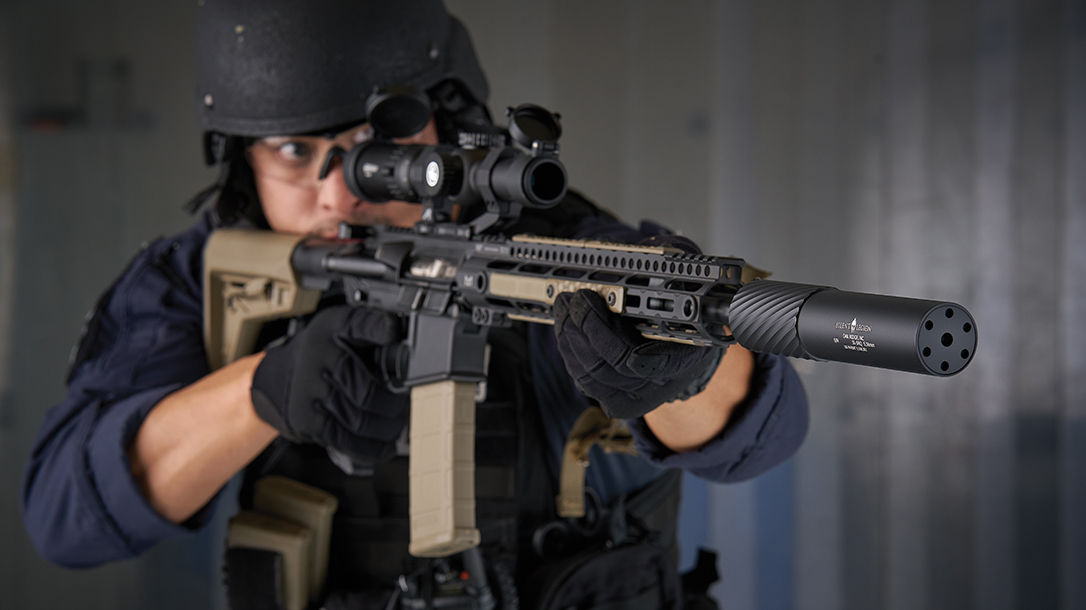 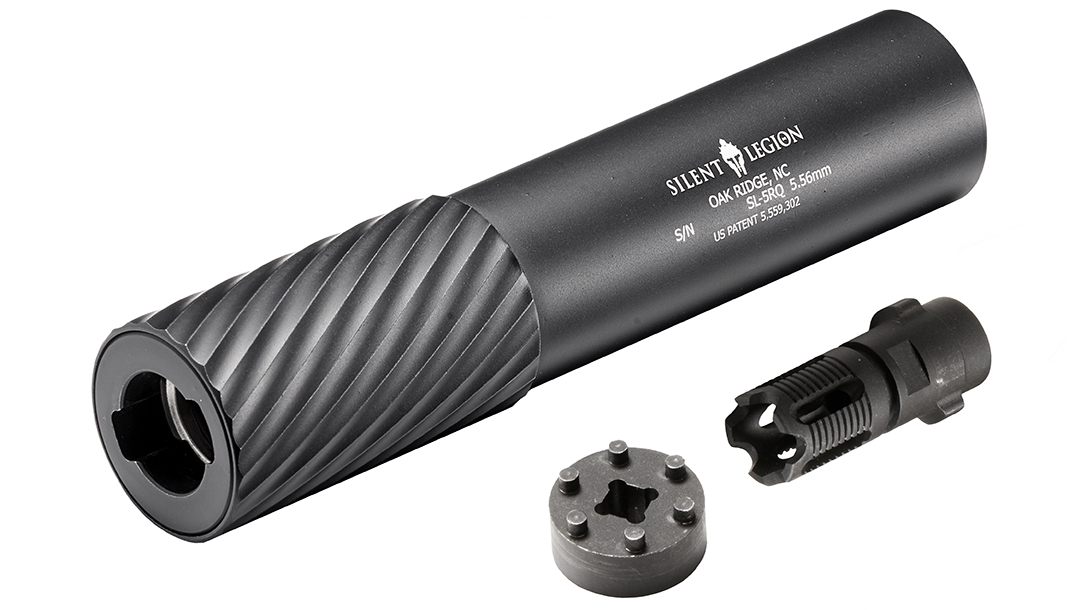 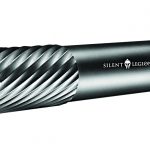 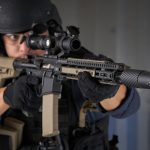 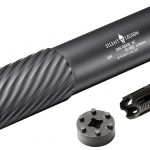 The sound suppressor industry has taken some serious hits over the past few years. Before Donald Trump was elected president, demand kept suppressor companies busy—they couldn’t make them fast enough. Companies were selling thousands of suppressors a month, and it could take months just to get the transfer process started. But now the industry is struggling because demand has fallen. All the talk about Congress making them nothing more than “muzzle devices” available at big box stores did not help. Why dump a $1,000 on a suppressor, $200 on a tax stamp and wait for a year when you might able to buy them at Walmart in a few months? 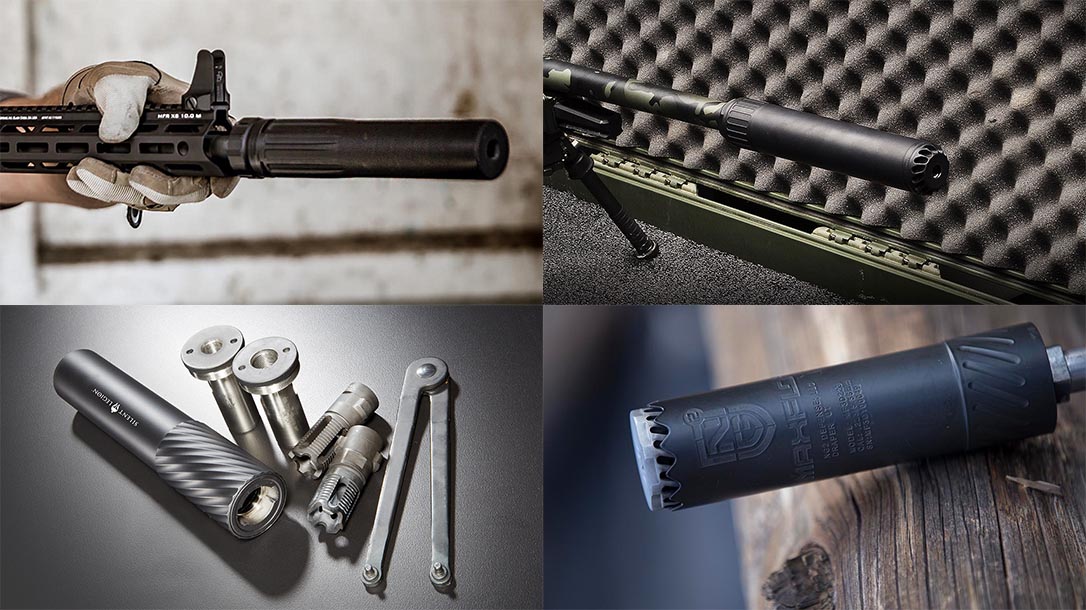 21 Cutting-Edge Suppressors You Need to Know About

Well, that doesn’t seem likely to happen anytime soon, but suppressor companies are trying to figure out how to keep moving forward. One of the best ways is to make a solid and simple product that works, and provide the best possible customer service. Silent Legion is doing just that, and the company’s CEO, Ed Shoppman, is driving it rather well.

Silent Legion promises three things to its customers: Its products will perform, you’ll get great value for your dollar, and each product is warrantied for life. That sounds pretty legit to me, and I’ve pushed this philosophy to other companies I’ve advised for consulted for years now. Drop the marketing fiction—just tell customers what your product will do and make sure it does it. Then stand by your product and price things fairly so your customer gets value for their hard-earned dollar.

Ed Shoppman knows this well, and he’s been in the firearms industry for a long time, starting with Remington in 1999. As a research engineer, he designed firearms with an eye towards innovation while using the latest technology. In 2001, he became the product manager for Remington’s shotgun line before creating and running its military products division in 2003. He eventually moved on to L3 Technologies and Lightforce before becoming the CEO of Silent Legion in 2016. In short, he brings almost two decades of experience leading the industry in customer service and marketing.

Another man behind the scenes at Silent Legion is an icon in the suppressor industry. Greg Latka holds some of the most innovative patents in the suppressor industry and has been manufacturing silencers since 1985. He has been in the aerospace industry for decades, with one of the few shops meeting the rigorous ISO 9001 standards. He’s built parts for the Space Shuttle, so suppressors are pretty easy by comparison. In that vein, he designed and built many suppressors with someone else’s brand attached. He also manufactured his own GSL suppressors for years before beginning a relationship with Gemtech that lasted until Ed and Silent Legion came along in 2016. As you can see, his knowledge in manufacturing suppressors is unmatched.

These are just two of the faces behind veteran-owned Silent Legion, giving the company a no-compromise attitude that focuses on integrity. They are also dedicated to making suppressors mainstream—something I have been fighting for since the mid-1990s. They are not the evil tools portrayed by Hollywood and politicians, but simple tools that protect everyone and make just about anything you do with a firearm more fun.

Silent Legion offers a wide variety of suppressors, but I recently got my hands on its Complete Multi-Caliber Kit for testing. This kit starts with a .30-caliber suppressor built from titanium that weighs in at 16 ounces. Capable of either direct-thread or quick-detach (QD) mounting, it comes with adapters so you can use weapons ranging from the 5.56mm NATO to the .300 Winchester Magnum.

Direct-thread adapters screw directly into the suppressor using a supplied spanner wrench. Two are provided, covering most rifles: 1/2×28 for 5.56mm-based cartridges and 5/8×24 for most .30 caliber or smaller rifles. The kit also comes with two different flash suppressors (5.56mm and 7.62mm) with the same thread patterns.

I used two different rifles to test the Multi-Caliber Kit. The first was a Wilson Combat Super Sniper in .224 Valkyrie with a heavy 20-inch barrel. I’ve used this rifle in a few different articles now, and it produces groups in the 0.5- to 0.7-inch range using every factory match load available from DoubleTap, Federal and Hornady. I’ve also used this rifle with a few different suppressors, making it great for comparisons here. For targeting, I installed an EOTech 5-25x50mm Vudu scope with a Horus H59 reticle using a Nightforce mount.

My second rifle was a Robinson Armament XCR-M with a .260 Remington barrel. This gun used a Nightforce 4-16x42mm ATACR F1 scope with a Horus T3 reticle in another one-piece Nightforce mount. I ran the XCR-M with Hornady’s 130-grain ELD-M ammo, which has consistently produced 0.5-inch or tighter groups with both my Surgeon bolt action and a Modern Outfitters MC7. This Hornady load will maintain 1-MOA accuracy out to 1,308 and 1,000 yards with the Surgeon and Modern Outfitters rifles, respectively, making it a solid base cartridge for testing.

I really like simple and clean suppressor designs, and the Multi-Caliber Kit fits that bill perfectly. The machining on my test sample was superb, with clean lines throughout and no extraneous marks to be found. The matte black finish was smooth without any bare spots or runs. And, thanks to the QD mounts and flash suppressors, the sound suppressor was to install and remove without any serious work. In short, the Multi-Caliber Kit is simple, well made and versatile, as advertised.

Attaching the suppressor to the Wilson’s 20-inch barrel using a QD mount did not make the gun feel too barrel-heavy or unbalanced. Granted, the Super Sniper barrel is on the larger side already. But the Silent Legion suppressor did not make the rifle unwieldly at all, unlike some models I’ve tested. The point-of-impact shift was minimal, too—about 1.5 inches vertically with no horizontal movement. More importantly, the gun was very quiet and the backpressure was minimal—far less than most conventional suppressors. This meant I didn’t have to adjust the gas block. Finally, the rifle’s accuracy was unaffected, as it produced 0.5-inch groups with DoubleTap’s 90-grain SMKs achieving 2,800 fps on average.

I had previously tested the Robinson XCR-M with an over-barrel suppressor that caused it to produce groups in the 3-inch range. With the Silent Legion suppressor, my groups were closer to 1.5 inches, which is stellar by comparison. I had to adjust the gas block, but again the backpressure was minimal. What I really noticed here was how quickly the suppressor cooled even after some rapid-fire strings. Shooting full-bore .260 Remington rounds out of an 18.5-inch barrel builds up some heat. But the Silent Legion suppressor dissipated it pretty quickly. My point-of-impact shift here, once again only vertical, was closer to 2 inches—still less than most conventional suppressors.

Given the people behind Silent Legion, I wasn’t surprised by the Multi-Caliber Kit’s attention to detail, simplicity and reliability. But I was surprised by the lack of backpressure. I have a similarly designed suppressor that is a gas-making machine; in fact, it’s hard to use. That wasn’t the case here. The Multi-Caliber Kit is a very clean design. It’s about as light as you can get while still being able to shoot .300 Winchester Magnum rounds. It’s incredibly versatile.

Suppressor buyers are picky these days, as they should be. If you want a simple design that allows you to use it on several guns, direct thread or QD, the Multi-Caliber Kit should be very high on your list. One thing is certain: Silent Legion delivered on the first two parts of its promise: This suppressor performs well and does so at a solid value. In fact, given its performance and build quality, I’m not sure I’ll ever need that lifetime warranty! 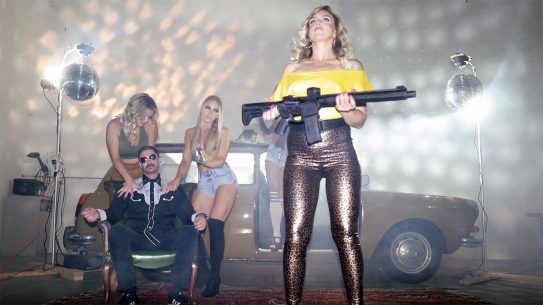 They went way out of the box with this one, so you'll definitely want...