by Tactical-Life
in Gear, Suppressors
0 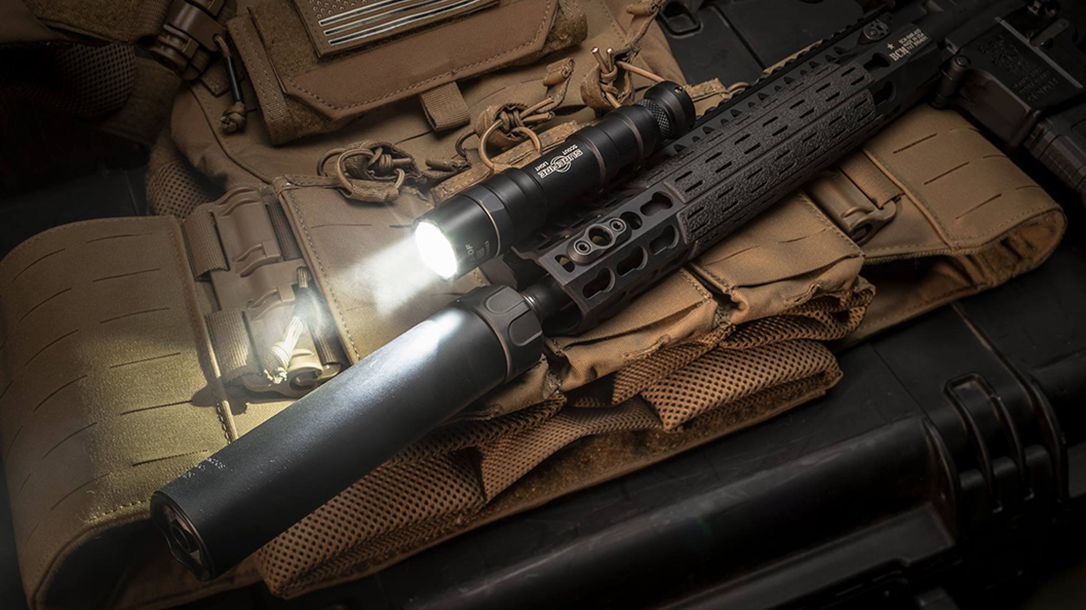 Just last year, SureFire won a $10 million contract for muzzle brakes and suppressors used on the “MK13 MOD 7 sniper rifle, 10.3 and 14.5 M4A1 upper receiver group (URG),” according to Naval Surface Warfare Center Crane. SureFire claimed that represented the second award based on the “most rigorous and extensive suppressor selection in USSOCOM history.”

SureFire’s SOCOM260-Ti weighs a mere 12 ounces, making it the lightest rifle-mounted suppressor in the lineup. The SOCOM260-Ti is built for the demands of a military sniper, as it is well-suited to bolt-action rifles, where back pressure isn’t a concern.

The SOCOM260-Ti’s V-shaped baffles help to optimize performance for maximum noise attenuation. Precision tolerances, strict attention to bore concentricity and suppressor alignment all contribute to that performance, according to SureFire.

While the SOCOM260-Ti is lightweight, the SOCOM26-RC2 utilizes what SureFire refers to as the “highest grade high-temperature alloys.” This construction enables the suppressors to withstand the higher round counts and temperatures associated with use on gas guns. Vented baffling reduces back pressure that would otherwise effect the gas systems.