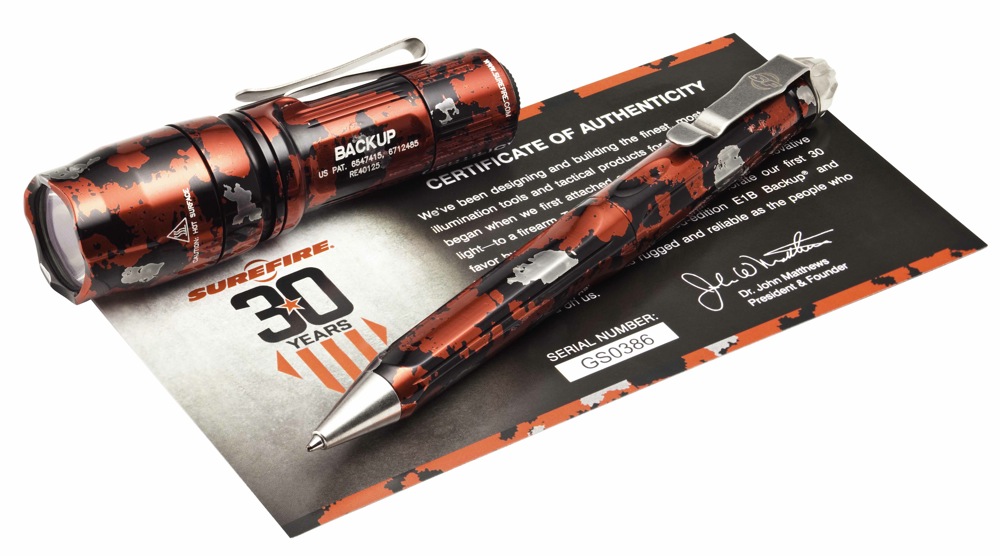 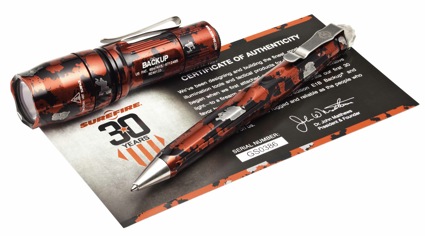 SureFire is releasing a limited-edition flashlight/pen gift set to celebrate 30 years of producing the world’s finest illumination tools and high-end tactical equipment. This collector set features an E1B Backup flashlight and a SureFire Pen—both finished with a special hard anodized black-red-gray camouflage representing SureFire’s colors—and will be limited to a production run of 1,800 units. The flashlight and pen in each set will be engraved with matching serial numbers and housed in an attractive wooden case with a commemorative plate featuring SureFire’s 30th Anniversary logo. A letter of authenticity from founder and president Dr. John Matthews will also be included.

The E1B Backup is a dual-output LED flashlight that generates a 110-lumen tactical beam on high and five lumens of useful light at its lower setting. As its name implies, the light was designed as a “backup” flashlight for uniformed law enforcement professionals, or as a primary light for plainclothes officers. However, its versatility, high-output, small size, and smooth styling have quickly made it one of SureFire’s best-selling flashlights for tactical professionals and civilians alike. Also a key component in SureFire’s Tactical Trinity® system for Law Enforcement.

The included SureFire Pen, manufactured by the company’s Edged Weapons Division, is machined from aerospace aluminum and protected by an attractive hard-anodized finish. The ink cartridge deploys or retracts with a simple twist of the pen’s barrel, and, like all SureFire products, it’s built to withstand extreme use. It even features a robust window-breaker on the tailcap for emergencies. The Pen and Backup are both sold separately in a variety of colors, but they are only available in the commemorative camouflage finish as part of the gift set.

Like previous special offerings from SureFire, such as the limited-edition, all-titanium Titan flashlight, these collector gift sets are expected to sell out quickly. The set retails for $590 and will be available for purchase directly from SureFire on a first-come-first-served basis starting in January of 2010. For more information, visit Surefire.com. 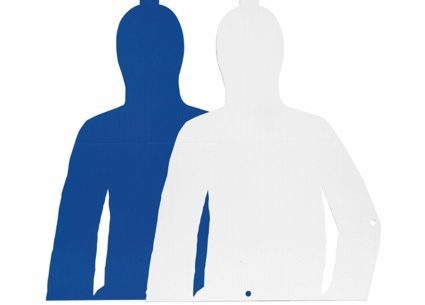