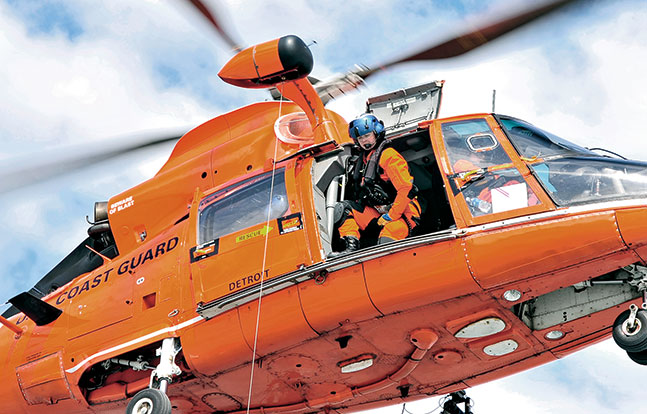 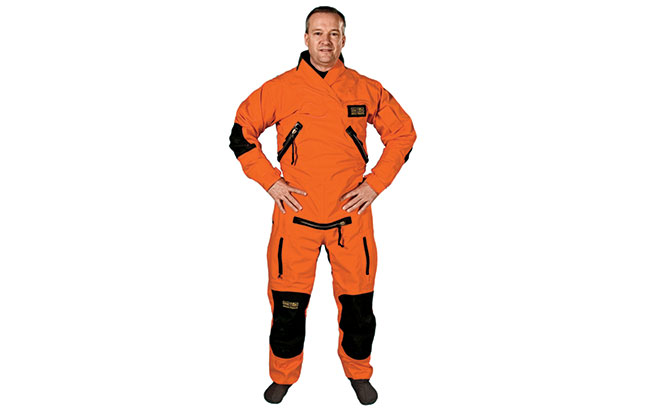 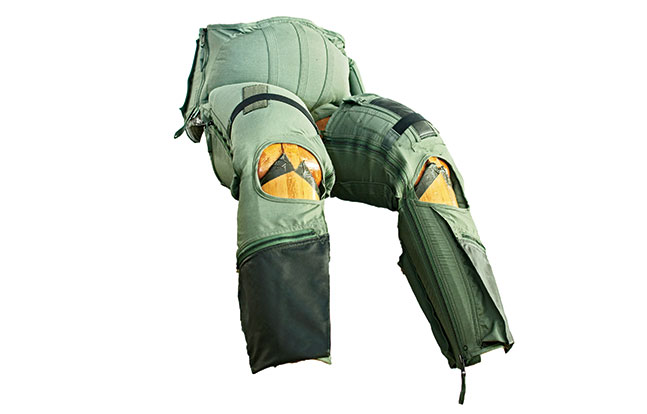 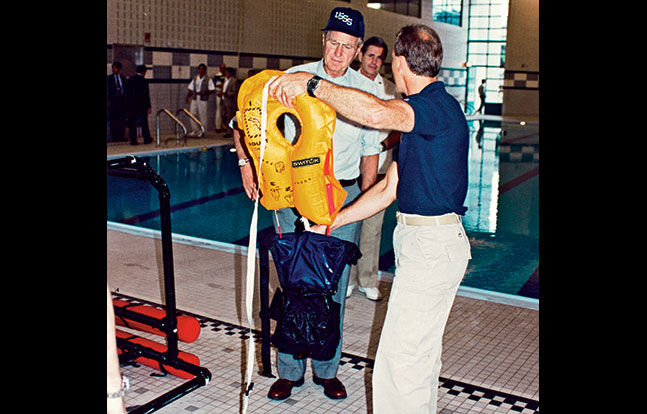 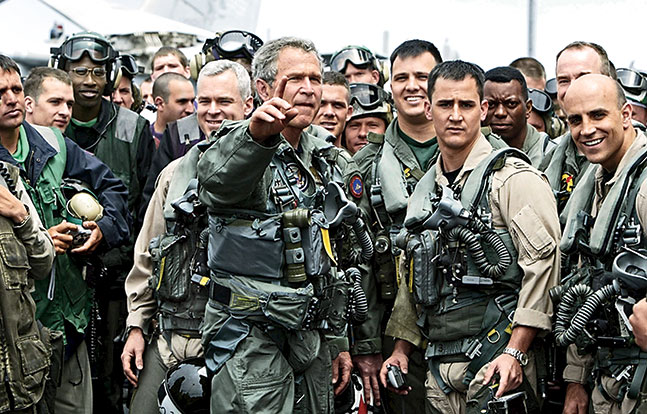 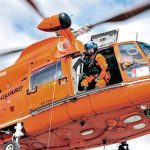 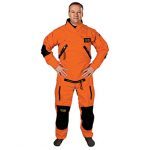 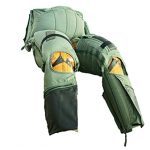 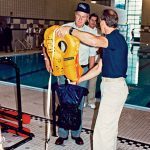 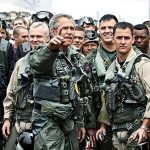 On Sept. 2, 1944, a 20-year-old naval aviator launched off the USS San Jacinto aircraft carrier en route to Chichijima in the Pacific. The mission was to bomb a Japanese installation that lay in the path of the attack on Iwo Jima. At this point in World War II, the Allies were on the march and the Japanese were desperate. Kamikaze attacks were prevalent, and winning the war by any means necessary became the mission of the soon-to-be-defeated Japanese Empire.

As this pilot later recounted, “The minute we started, there were angry, black puffs of anti-aircraft fire. And they were all over the place. And you can’t negotiate around them. I mean you just keep going. And then I felt that we were hit. And I felt the plane kind of go forward like this. And I tried to stay on my target, released the bombs and pull out here. So I have the satisfaction of knowing that I completed my mission. We came down off these mountains. I can tell I was hit. The plane was burning. The cockpit was beginning to fill up with smoke. I have a clear picture of my parachute blowing up onto Chichijima.”

When former President George H.W. Bush left his aircraft, the parachute that saved his life was made by Switlik, and since then, that company has made aviation and nautical survival gear for him and other warriors and rescuers.

Based in Trenton, N.J., Switlik was founded by a Polish immigrant, Stanley Switlik, who arrived in the U.S. at the age of 16 via steerage class in 1907. Originally founded as a leather and canvas manufacturing company, Switlik got its survival roots when it began manufacturing pilot and gunner belts, flight clothing and experimented with parachutes for legends like Amelia Earhart and Admiral Richard Byrd.

When World War II started, Switlik became part of America’s “Arsenal of Democracy” as it went into overdrive to equip U.S. forces with parachutes—earning the company five Army-Navy “E” awards for productivity. That support for America’s defenders continued into Korea and Vietnam, and the company still supplies support systems for our warriors.

Switlik is at the forefront of developing new inflatable products; including life rafts, vests and “anti-G” and anti-exposure suits. Switlik’s gear is in use from police and fire services like the NYPD, FDNY and LAFD to the U.S. Coast Guard, NASA and military allies around the world.

Whenever a U.S. Coast Guard air crewman answers the call and races to the scene to pluck a desperate life from an angry sea, they are wearing a Switlik U-Zip-It dry suit. This suit was made for long-duration wear with the safety and comfort of the rescuers in mind. It not only keeps the wearer dry, but it also provides fire resistance and breathability to help prevent the wearer from overheating. The U-Zip-It is the only dry suit that has a unique, low-slung, U-shaped entry zipper that allows for unassisted donning while also greatly enhancing comfort and freedom of movement. Kevlar-reinforced elbow, knee and seat patches offer enhanced abrasion resistance, while the flame-resistant collar and internal Nomex neck guard add another level of protection and comfort.

The other Switlik life raft is the POD-6, which Coast Guard aircrews use for self-rescue in the event of an accident. It was designed to incorporate a first-of-its-kind air-charged inflation system with a viewable go/no-go pressure gauge. A Switlik “Convertible Canopy” system is used for ease of boarding and is equipped with buoyancy tubes with airtight internal bulkheads and sleeves for buoyancy redundancy. This raft is one of a few that can be inflated back to full buoyancy even with a hole in it.

The POD-6 raft used by the Coast Guard is an adaption of a raft originally designed for NASA. If the Coast Guard arrives on scene with a helicopter to rescue you, the first thing they’ll probably do is throw you a Switlik life raft.

When the “Top Gun” pilots of the U.S. Air Force, Navy and Marine Corps take flight, they are wearing either the CSU-13B/P or CSU-15A/P anti-G suit, which counteracts positive head-to-foot G forces used in high-performance military aircraft. This wraparound garment has an internal inflatable bladder that compresses the waist and legs of the wearer during G-induced flying maneuvers. Switlik is one of the world’s largest producers of anti-G suits for the U.S. military.

President George H.W. Bush never forgot his WWII experience or the gear that kept him alive. Switlik has a long relationship with former President George H.W. Bush and still equips him today. As an avid speedboat owner, Switlik developed life preservers for him and the Secret Service. To protect the former President, the Secret Service asked Switlik to develop what became the Rescue Vest—a combination rescue swimmer’s harness and inflatable life vest. This is the only product on the market that fit the Secret Service’s needs, and it is still in use to protect the former Commander-in-Chief during his boating operations. Switlik continued its presidential protection with President George W. Bush, who wore Switlik gear while serving as a pilot in the Texas Air National Guard. He also wore a Switlik anti-G suit when he piloted a military plane and landed on an aircraft carrier during his presidency.

Over the 20th century, it’s probably safe to say that Switlik has saved more lives than many could possibly imagine. 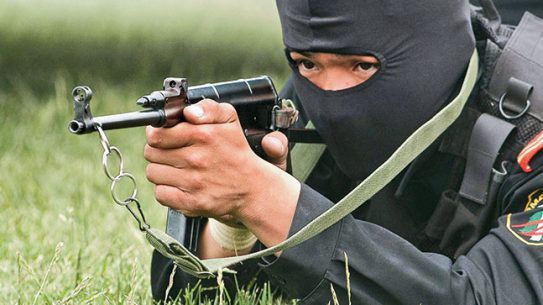 A behind-the-scenes look at China's military and police CQB powerhouses!