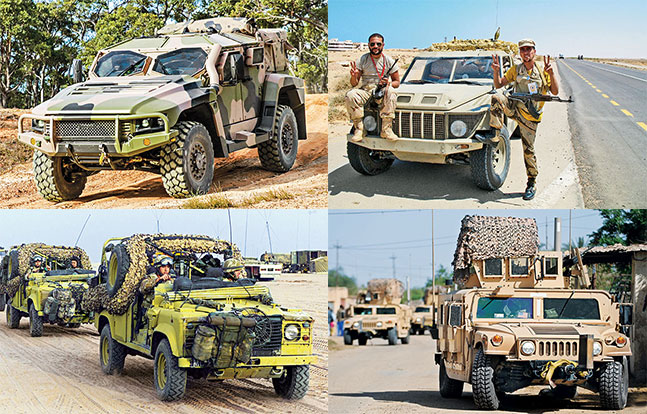 One of Napoleon’s most famous military maxims is “An army marches on its stomach.” That may be true, but for more than a century, armies have relied on tactical trucks to support marches and maneuver. Weapon systems may win battles, but trucks get troops and equipment to battlefields. Modern war covers such wide areas that fighting without trucks is inconceivable. Transport aircraft and cargo helicopters have exponentially increased mobility, but ground vehicles remain the primary transport platforms in nearly all phases of military operations, and a surprising number of nations rely on homegrown vehicle designs. Truck sizes vary widely with their mission requirements, but the most numerous and recognizable types are relatively small trucks that handle utility assignments with multi-mission capabilities ranging from combat to hauling hauling ancillary equipment.

The tactical trucks included in this article represent an eclectic selection of the many military vehicles currently in use. Readers will immediately recognize some, while others may be completely unfamiliar. Many are produced in large, well-developed nations as one would expect, but several others originate in surprising places. It is clear, however, that these truck designs reflect the unique characteristics of military forces, and the environments where they must operate, around the globe.

The Hawkei, named for a highly venomous Australian snake, is a 4×4 light protected mobility vehicle (PMV) for armored patrol, mobile command and special operations missions. The Australian Defence Force could procure up to 1,300 Hawkeis. They typically carry four to six troops, weapons including .50-caliber machine guns, 40mm grenade launchers and even small radar units, and weigh about 7 tons.

Although classified as a light utility vehicle, the BAE-designed Pinzgauer is an all-wheel-drive vehicle with a payload approaching 4 tons. Its configuration is similar to a commercial cab that accepts several different modules depending on mission requirements, making it a cargo hauler, weapons carrier, armored troop transport, ambulance or mobile communications shelter. The vehicle itself can be sling-loaded by a rotorcraft.

The Sherpa family of 4×4 military vehicles entered service in 2006. Powered by a Renault turbocharged diesel engine, Sherpa variants include an armored cab model with reduced total weight for air transport and capacity for remotely controlled weapons. An extended version of the Sherpa can carry 10 troops, and special operations versions can conduct high-risk reconnaissance and liaison missions.

The Amarok is derived from a commercial pickup, and it looks it, with clean lines and a Volkswagen grille. Developed independently in 2012, VW and Rheinmetall collaborated to produce a light utility truck for the German army and also for export. Available with a single or double cab, the Amarok handles patrol, special operations, command, communications or utility missions. It can carry 1.37 tons.

Tata, India’s largest automaker, produces the Nano, the world’s cheapest car at $3,000. The 4×4 Xenon, another commercial derivative for military use, transports cargo and up to 12 troops on folding seats in the truck bed. It can carry weapon mounts and be configured for mobile command functions, ambulance and reconnaissance missions. Both single- and double-cab versions are available.

Italy’s Iveco developed the Light Multirole Vehicle (LMV) privately in 2006 with immediate success, serving the Italian army and military forces in Belgium, Croatia, the Czech Republic, Norway, Spain and the United Kingdom. Built to protect against IEDs with modular kits for various missions and threat levels, the 4×4 can carry 2.3 tons and seven troops. Its missions include utility transport, ambulance and mobile command.

The Desert Iris is a light vehicle for airborne and rapid-deployment forces designed by Jordan’s King Abdullah Design and Development Bureau. In service in Jordan, it has been exported to Bahrain, Libya, Saudi Arabia and the United Arab Emirates. Part 4×4 truck, part dune buggy, and based on Toyota components to reduce costs, the Iris carries troops and weapons including machine guns, TOW missiles and rocket launchers.

The 4×4 Tur 2 and Tur 3, designed by AMZ-Kutno in 2008 and derived from the Iveco LMV, are light protected vehicles for Polish troops in Iraq and Afghanistan who were vulnerable to IED attacks. The Tur 3’s 220-horsepower diesel engine and armored configuration permits combat service. It carries five troops and has a roof hatch with a machine gun or grenade launcher pintle mount.

Russian automaker GAZ started Tigr production in 2005 and ended in 2012, delivering vehicles to Russian military and police forces with exports to Armenia, the Congo, Mongolia, Nicaragua and other nations. About the size of a Humvee, the Tigr carries 12 troops and machine guns or grenade launchers. An up-armored version is available. Its payload is about 1.5 tons with configurations for rapid-reaction team deployment, convoy escort and patrol missions.

The KM450, a 4×4 troop-carrying military truck, is a modernized version of the U.S. M715 truck produced under license by Kia Motors since 1998. Its payload is about 1.5 tons. An armor kit increases protection for drivers and passengers. An ambulance version can carry five litters. Other available or planned configurations include a shop van, reconnaissance vehicle, communication center, surveillance decoding unit, artillery fire control and EOD.

The MOWAG Eagle V is available in 4×4 and 6×6 versions, developed in 2010 and 2012, respectively. It is armor protected, sized between Humvees and MRAPs. Its missions include troop and cargo transport, patrol, reconnaissance, command and control, ambulance and others. Its 7-ton payload can accommodate 20 troops. The Eagle’s turbocharged diesel engine delivers 245 horsepower.

Praktika, a producer of civilian armored vehicles for banks, developed the Kozak light protected vehicle in 2009. Based on an Iveco 4×4 chassis, the Kozak can carry 10 troops. Its missions include troop and cargo transport, ambulance and patrol. It is air transportable by helicopter or aircraft. A new version using the more economical and widely used GAZ-66 truck chassis was developed this year.

The most widely used, and most copied, military vehicle in the world, the HMMWV (known as the “Humvee”) has served more than 50 other nations for more than 30 years. More than 20 U.S. variants are in use as troop and cargo carriers, ambulances, armament carriers, TOW missile carriers, shelters and prime movers. Armored versions are also available. Its familiar wide track was designed to drive in the tracks of main battle tanks. 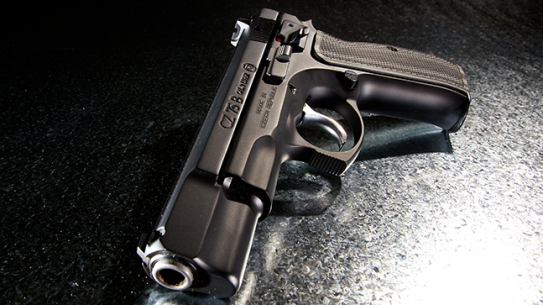