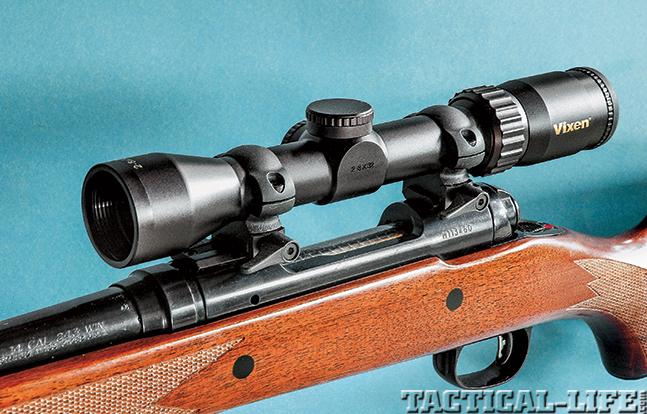 1 of 4
vixen-scope
A riflescope from Vixen Optics. 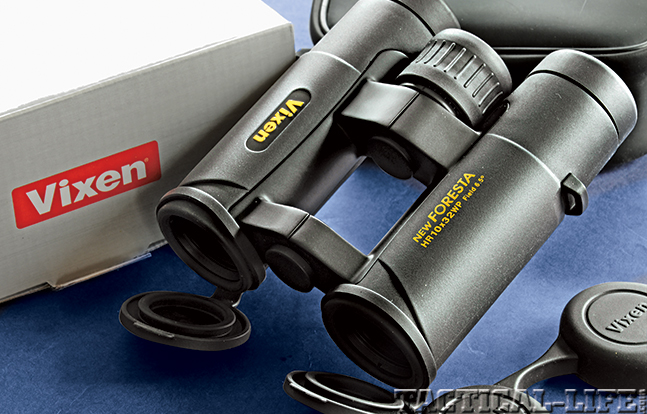 2 of 4
vixen-binoculars
Binoculars from Vixen Optics. 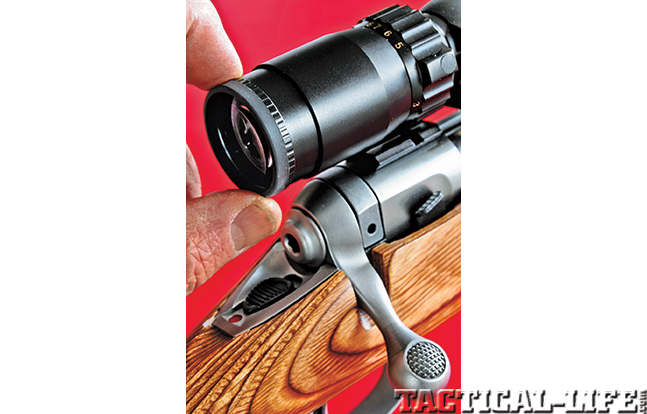 3 of 4
vixen-adjust
A riflescope from Vixen Optics. 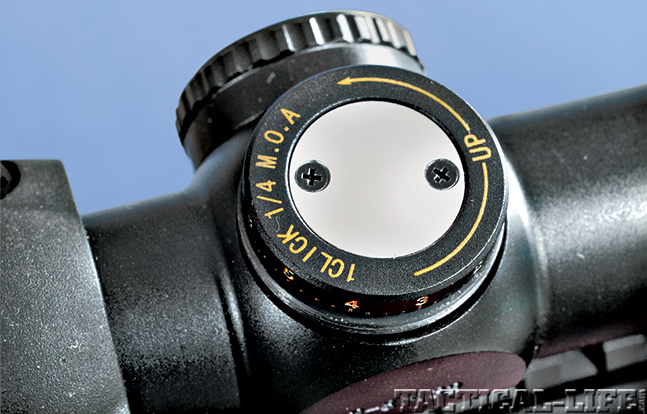 4 of 4
vixen-focus
A riflescope from Vixen Optics. 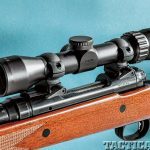 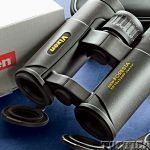 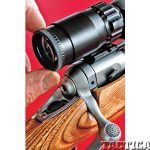 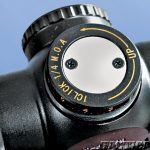 Once upon a time, companies that made binoculars and companies that made riflescopes were not the same. These days, most manufacturers of sports optics list both, plus spotting scopes. The same goes for companies that market or import but do not produce optics. Firms specializing in one category often contract with offshore factories to round out their lines.

The one-stop optics shop is unlikely to fade soon. Nor will you see importers using the names of the companies that actually build their products. You might not even recognize those from the Philippines, Japan and China, though they ship huge quantities of riflescopes, binoculars and spotting scopes to be branded stateside with names you’re supposed to remember.

This brings us to Vixen, one of the more recent names to appear in optics reviews and on the shelves of sporting goods stores. A couple of Vixen items recently came my way.

The Foresta HR 10×32 binocular hails from a series that includes 8X and 10X roof-prism binoculars with 32mm, 42mm and 50mm objectives.

I like the open-hinge design of this 10×32. It’s easy to hold with gloves, or just one-handed. A big center-focus wheel comes quickly to my index finger and turns with just the right amount of drag. It also doubles as a diopter adjustment. Pull it out, rotate (across light detents) until you get the right optical balance for your eyes, then push in to lock. After that, the wheel brings you from 10 feet to infinity, with bright images that are also quite sharp, with only slight color fringing on the rim. The field of view is 423 feet at 1,000 yards. The wheel and rubber armor on the barrels afford plenty of grip. Twist-out eyecups deliver proper eye relief. A cap on the front hinge conceals a threaded hole, adapting the binocular to a tripod. At just 19 ounces, this 10×32 passes my “one-strap” test—it’s comfortable suspended by a single strap, even after a long day afield. No harness is necessary. Easy on, easy off. It’s also easy to tuck when you must crawl.

Made in Japan, the Foresta HR series is very reasonably priced, at $239 to $349. The 10×32 retails for $259. Vixen is proud enough of this series to attach a transferrable lifetime warranty to every model. Also included are a neck strap, rubber lens covers for both the front and rear glass, and an unusually well-designed binocular case.

Since value matters to most of us, I ordered the least expensive Vixen riflescope. But the 2-8x32mm is also an eminently practical big-game sight. At 11.2 ounces, it is lighter than its stable mates, and the modest objective size makes it easy to affix in low rings. It looks good on sporting rifles of all types, including carbines. I mounted it on three: a Savage 110 Classic in .243, a custom-built E.R. Shaw rifle in 6.5-284 Norma and an ArmaLite M-15 varminter. It seemed a completely natural fit on all of them.

You might say a 3-12x40mm is more versatile than the 2-8X, because at the top setting of an 8X the smaller sight still lacks the magnification for prairie dog shoots and the like. OK. But hunting big game last fall, I kept my scopes at 3X and 4X—I never felt the urge to crank them higher. One of my shots, at an animal crippled by another hunter, centered the vitals at 420 yards. My closest poke, at 23 yards, could have been made as easily with a 3-12X as with the 1-4X on my Ruger in 6.5 Creedmoor. After all, you can use only one power setting at a time, and my choice of 3X (just right for that off-hand shot) is possible with both. But trimming heft and bulk is a good thing. A lightweight scope mounted low not only keeps overall rifle weight to a minimum, but it also leaves the center of balance low, between your hands.

Vixen’s 2-8X has a generous, if not extraordinary, 3.8 inches of eye relief. The windage and elevation dials are finger-friendly, with 0.25-MOA detents. Zeroing the ArmaLite 5.56mm, I needed several dozen vertical clicks to bring the scope in line with the bore for a 100-yard zero. This Vixen complied, the shots tracking my expectations as I added elevation and shifted impact slightly right. The helical threads on the eyepiece instantly brought the plex reticle into sharp focus. From 100 yards, I easily quartered the 2-inch bullseye at 8X and could see .22-caliber bullet holes in white paper.

Crank this riflescope down and you’ll aim as fast as with iron sights—faster, really, because you need only align reticle and target, both in one focal plane. At 2X, the field of view is a mile wide (well, almost), and game appears just about as it does to your naked eye—but brighter, with greater definition.

The only flaw in the Vixen VI 2-8x32mm is, ironically, its compact profile. A scope can be too short, with inadequate “free tube” to permit easy mounting on some receivers. Of course, there was no problem clamping this scope to the AR rail. But the span from the receiver ring to the bridge on bolt-action rifles sent me scrounging for an extension ring or base.

What must you pay for a binocular that ensures you’ll see all the deer with an antler tip in reach of your glass? What’s the cost of a riflescope that guarantees you’ll kill all the game you shoot at? As travel costs and license fees rise, and odds for drawing limited tags diminish, it’s poor economy to save pennies with inferior optics. But “buying a name” makes no more sense. Fortunately, the big field of sporting optics is competitive. The least costly scopes and binoculars now deliver brighter, sharper images than the best in my youth. These “value-priced” models are more durable, more fog-proof, more water resistant.

While for decades the best European optics have been openly acknowledged as the best available, technology and materials that keep them on wish lists are now shared by legions of other makers worldwide. I’ve written about optics since the Nixon administration and should be able to sift them by image quality; but truly, my eyes aren’t good enough to distinguish carriage-class optics from many mid-level products.

The best way to shop for binoculars and riflescopes is to look through as many as you can. Manipulate the dials and, with scopes, check the amount of free tube for mounting limitations. Often, you can narrow the field without even a peek into the lenses. Don’t limit your eyeball tests to inspections of ceiling tiles in a retail store. Take the glass outside, where you can look at distance and in poor light. Hold it still, checking for flatness of field (especially at low power in variable scopes) and eye relief (which should not decrease as you boost magnification, but it often does!). Beware of color fringing on the perimeter of binocular fields. Target license-plate numbers or other details far off, moving the binocular to see if the image is as crisp near field’s edge as in the middle. An animal won’t always be in the center of your lens when you spot it!

“The least costly scopes and binoculars now deliver brighter, sharper images than the best in my youth.”

Country of origin? The Far East ships some fine optics stateside. Many are “spec’ed out” by U.S. companies with a close eye to the domestic market. That’s why magnification ranges and features are so similar. Even the look and feel of imported optics can seem as uniform as those of soup cans. Ignore nonsense like “tactical,” and check to see that terms like “HD” justify a higher tag price with better images. Make sure you insist on scopes with fully multi-coated optics; consider paying a bit more for hydrophobic coatings that bead water on outside lenses to keep the view clear in rain and snow.

Oversized tubes and lenses, laser rangefinders, parallax dials, load-matched and lighted reticles and extended magnification ranges are, like GPS units and backup cameras in sedans, unnecessary. Of course, you may still think they are appealing. But if you’re value-conscious by nature, you may find the likes of Vixen’s 10×32 binocular and 2-8x32mm riflescope perfectly adequate. I’m perfectly convinced I’ll spot and kill as much game with these optics as with any other. And for a lot less money than some hunters spend on glass! 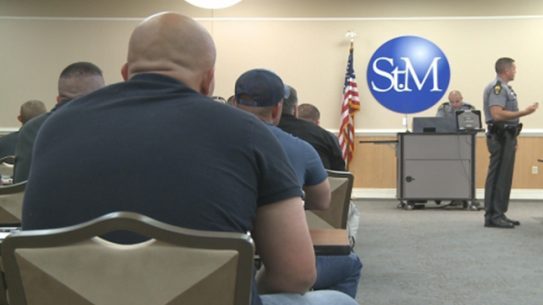