D​o you need a red dot sight for your rifle that’s suitable for competition and hunting use but won’t break the bank? Let’s get into the Vortex SPARC AR review and see if this compact, budget friendly sight is going to be the red dot for you. 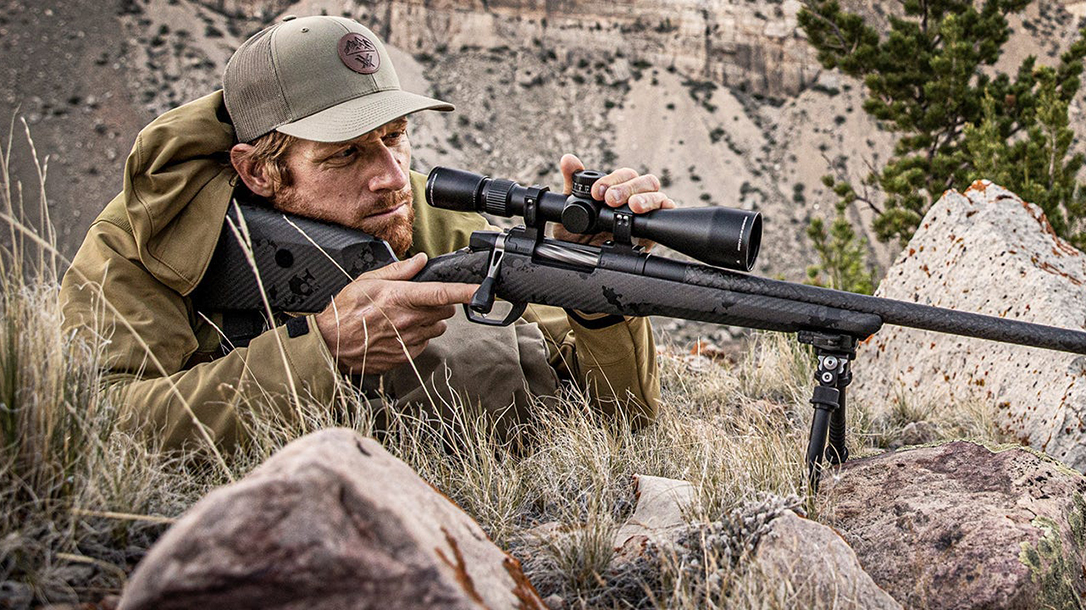 T​he SPARC AR red dot is Vortex’s compact sight designed specifically for AR-style rifle use. Our sample was mounted on an Aero Precision EPC-9 carbine. The Vortex optic comes with a Picatinny® or Weaver® style rail mount. The SPARC AR uses one AAA battery, which provides approximately 50,000 hours of battery life on the lowest setting. To turn the dot on, press the brightness up button located on the rear. To turn the dot off, press and hold the brightness down button for 5 seconds. The dot will also power down automatically after 12 hours to save battery life. According to the manual, the optic is also night vision compatible at its two lowest brightness settings. During the Vortex SPARC AR review, it was easy to adjust the brightness for the changing light conditions at the outdoor range.

Mounting and zeroing the SPARC AR

Mounting the optic to the included base is as simple as turning and screws. The SPARC AR shares a mount footprint with the Aimpoint T1/T2 series, meaning any mount designed for those optics will fit the SPARC. The manual doesn’t have recommended torque specs for the mount, so the test sample was mounted to the rifle and torqued to 10 inch-pounds with a Fix-It Sticks kit.

Zeroing the optic during the Vortex SPARC AR review was a simple task, thanks to the 1 MOA adjustable dials for windage and elevation. At 25 yards, 1 click moves the point of impact 0.25 inches making the math on how many clicks pretty easy. The SPARC has up to 90 MOA of adjustment range, which should be plenty for all but the most extreme calibers and bullet weights. The dot itself is a 2 MOA dot, which is big enough for fast target acquisition, but small enough for precise engagement on small targets.

Like all Vortex optics, the SPARC AR’s design prevents dust and moisture from entering the sight during normal use. If it’s raining during your match or hunt, don’t worry – your red dot will be fine. Don’t submerge the dot in water for extended periods of time, so it’s probably not the dot of choice for a tactical water insertion. During the Vortex SPARC AR review, the optic never encountered any difficult weather conditions.

T​his is an interesting question, because this is a good dot for competition, plinking, and hunting. However, it might not be the best choice for home defense for two reasons. One, the Vortex SPARC AR does not have a shake awake feature. “Shake Awake” is a feature where movement on the dot will turn it on and have it ready for use. Because the SPARC AR lacks this feature, and combined with its automatic shut-off after 12 hours, it wouldn’t be the best choice for home defense. Could you use it for home defense? Yes. Is fumbling for an on switch in the dark a good idea? That’s up to you to decide.

T​his optic would be an excellent choice for anyone looking to get into Pistol Caliber Carbine or 3-Gun Competition. The light weight, durability, and ease of adjustment make it a nice fit for rifle competition. Hunting is another great role for the SPARC AR, especially animals like feral hogs. With an MSRP of only $279, it’s also affordable, so you can set up multiplerifles with similar optics if you wanted to. If you’re looking for an optic to attach to a sub-machine gun for fast-roping out of a helicopter with a knife in your teeth, it might not be the best for that. But for competition, plinking, hunting, and training? It seems like a solid, affordable choice. To put it in perspective, this optic was purchased specifically for a competition PCC, not provided for review. There’s no higher praise than spending your own money on something.