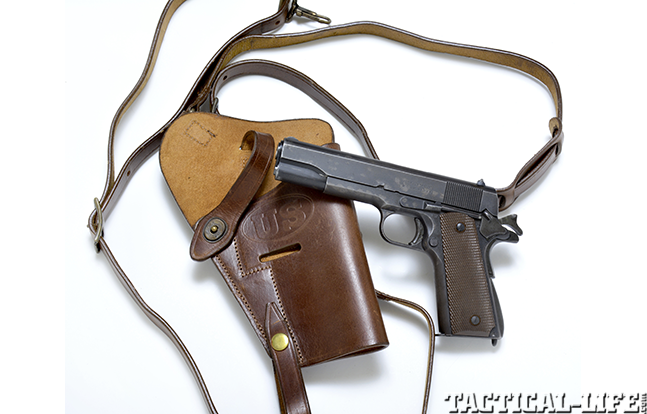 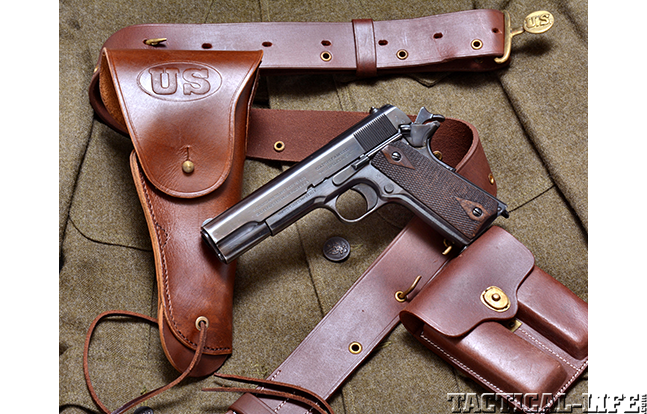 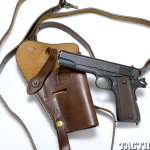 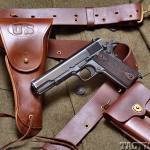 Author Dennis Adler explored the classic wartime holster designs of the 20th century in a roundup for the 2015 issue of MILITARY SURPLUS. Throughout the article, Adler investigated British- and German-made designs, as well classic U.S. designs like the Model 1917 holster and the M7 shoulder holster. In addition, the author also examined current reproductions of these holster designs by World War Supply.

“By the mid-1880s, the U.S. military had adopted the Model 1885 belt holster, which used a half-flap variation of the earlier full-flap design. Originally designed for the cavalry, the holster rode high on the waist belt for comfort in the saddle,” noted Adler in his review. “The fundamentals of this design were passed on through the evolution of the military half-flap holster, which became the U.S. M1917 during WWI for carrying the Colt and Smith & Wesson models of 1917 chambered in .45 ACP.”

Another U.S.-made design used by the military was the M7 shoulder holster, which Adler traced back to its roots during World War II.

“The M7 shoulder holster design evolved during WWII for carrying either the M1911 or a revolver. Simply made and easily worn over the shoulder with a single cross-chest strap, or with a secondary strap around the chest for added security, the bottom of the holster could be cinched to the wearer’s belt with a snap loop. The gun was secured in the pouch with a safety strap crossing over the grip frame. The strap was fitted with a parallel spring snap seated over a brass stud,” noted Adler. “Roughly 500,000 M7 shoulder holsters were made by Enger-Kress during WWII, and many originals still survive to this day. The standard finish was brown.” 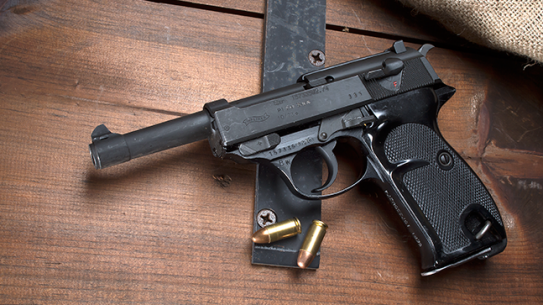 The time-tested P.1 Walthers' design was reinvented by the realities of post-war Europe and...