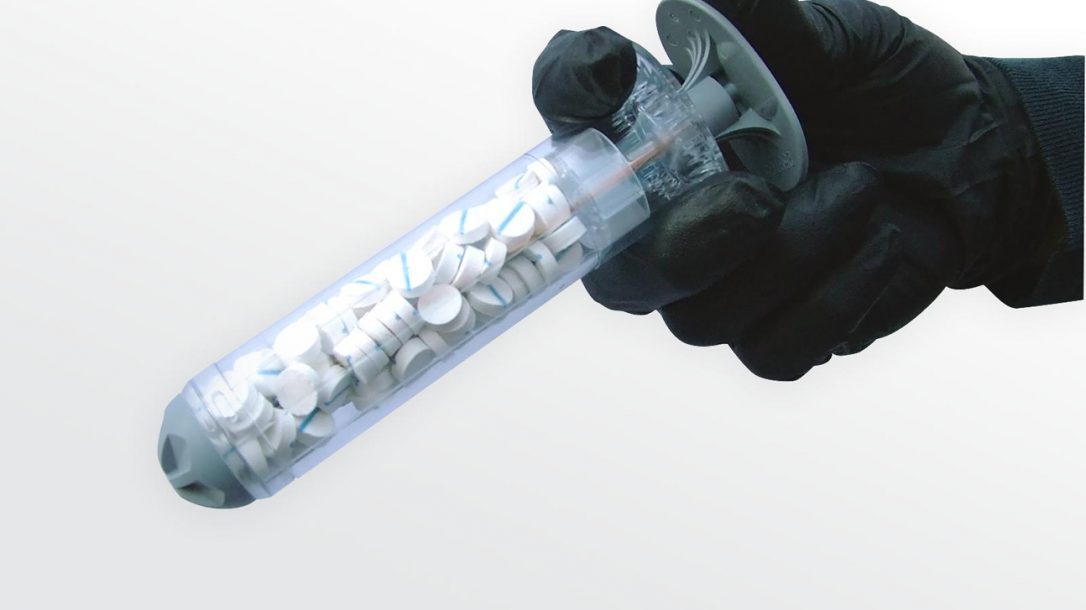 The XStat, by RevMedx, is a pocket-size modified syringe that injects specially coated sponges into gunshot wounds. The XStat could boost survival and spare injured soldiers from additional pain by plugging wounds faster and more efficiently than gauze.

On the battlefield, when a solider gets shot, the medic must pack gauze directly into the wound cavity—sometimes as deep as 5 inches into the body—to stop bleeding from an artery. If bleeding hasn’t stopped after three minutes of applying direct pressure, the medic must pull out all the gauze and start over again. It’s so painful, “you take the guy’s gun away first,” says former U.S. Army Special Operations medic John Steinbaugh.

Many soldiers still bleed to death; and hemorrhage is a leading cause of death on the battlefield. “Gauze bandages just don’t work for anything serious,” says Steinbaugh, who tended to injured soldiers during more than a dozen deployments to Iraq and Afghanistan. When Steinbaugh retired in April 2012 after a head injury, he joined an Oregon-based startup called RevMedx, a small group of veterans, scientists, and engineers who were working on a better way to stop bleeding.