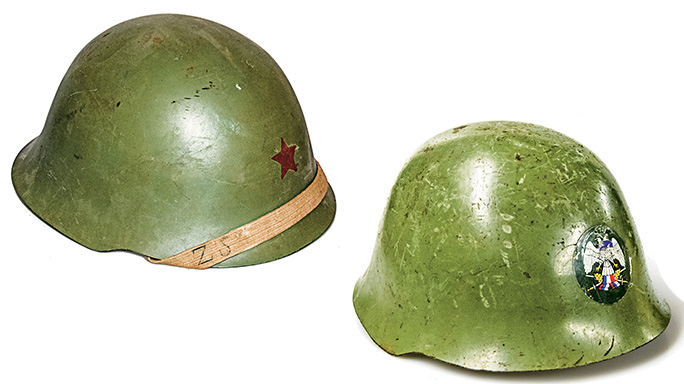 In the 1950s the Yugoslav Army adopted a helmet known today as the NE44, a helmet designed at the end of World War II. It bears a slight resemblance to the German-style helmet but featured a simple liner that was likely based on the Riddell pattern used in the American M1 helmet.

The NE44 was first produced beginning in 1952 but was slightly modified and reissued as the Model 59 (M-59). This has led to some confusion as the helmet pattern is now known interchangeably as the NE44 as well as the M-59. Throughout its use, the helmet was produced by the former Serbian arsenal in the city Kragujevac.

A rare variation of the NE44 was produced for paratroopers. This appears to be a cut-down version with a padded liner and three-point chinstrap. It was likely only produced briefly before the introduction of the PC99 training helmet, which was made of fiberglass and as such offered limited ballistic protection.

Throughout Tito’s rule, the NE44, which was issued with light olive green paint, typically featured a Communist red star on the front, but during the Yugoslav Wars the helmets were used by various factions and included a variety of insignias—which were often little more than printed stickers placed over the star.

For collectors, the NE44 is a rather common helmet, as are the variations of camouflage covers, but examples of the helmet with camouflage paint and different national insignias are far rarer—and accordingly have become heavily faked. Among the rarest of accessories for the NE44 is a Serbian-produced sniper hood. Despite the fact that it may be underappreciated today, the NE44 certainly is a helmet with a rich history in both peace and war. 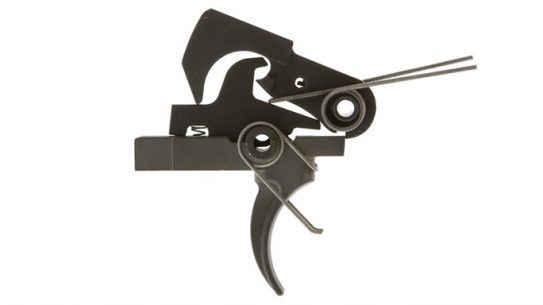 Trident Trigger: An Improvement Over Your Mil-Spec Trigger