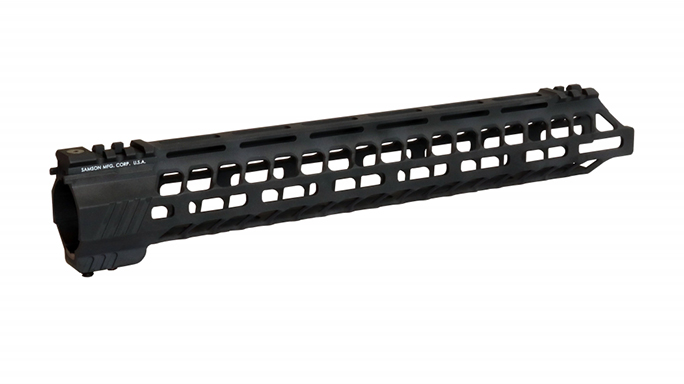 The Samson M-LOK Handguard comes in either 8- or 14-inch overall lengths. Additionally, the component part delivers a continuous top rail with ample M-LOK slots, according to Samson Manufacturing. Further, attachment points enable users to bolt on a myriad of aftermarket accessories.