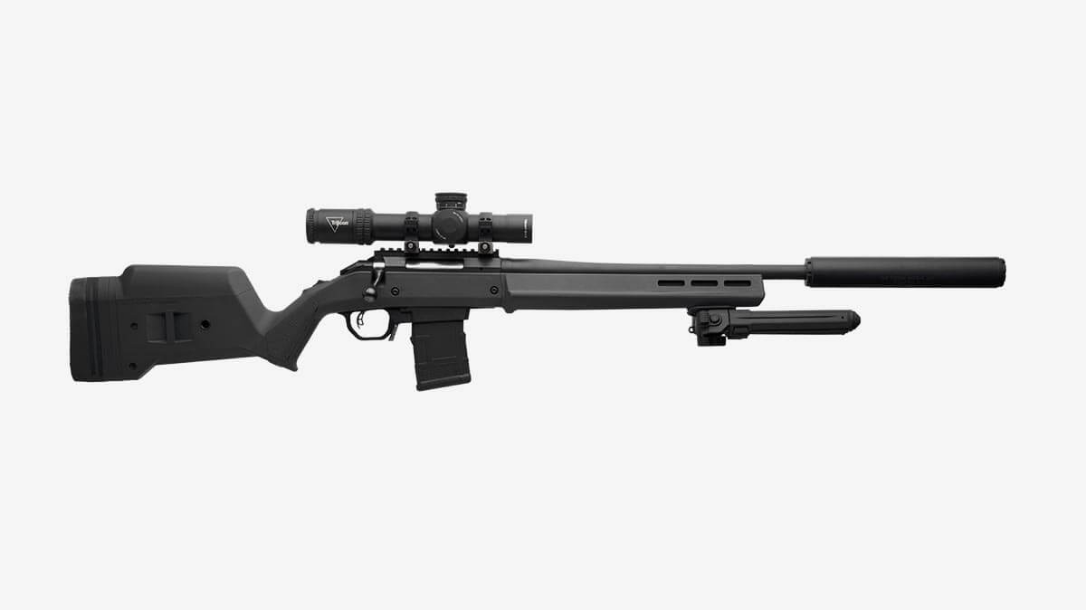 First things first, this new PMAG D-50 is a 9mm magazine for pistol caliber carbines that feed from Glock mags. For example the Aero Precision EPC-9 would be a perfect fit for this. There’s another version that fits the CZ Scorpion PCC as well; but since Glock-magazine carbines are so common, we’ll focus on that.

Another quick note: the 9mm D-50 isn’t compatible with Glock pistols. PCCs have a much shorter magazine well, so to make the drum mag as compact as possible, it has a very short tube that extends directly into the 50 round drum.

But What is the Magpul PMAG D-50 9mm Magazine for?

Honestly, it’s for whatever you want. Of course, some applications come immediately to mind. For example, the rules of the United States Practical Shooting Association (USPSA) don’t ban drum magazines from their pistol caliber carbine division. In PCC division, most shooters rock various types of basepad extensions on their PCC magazines. These extensions range in reliability from pretty reliable to completely unreliable. A general rule of thumb: the further you stray from a Glock magazine with a +2 basepad, the less reliable the magazine gets.

Because the form factor of the D-50 drum is compact, it’s still useful from the prone position, which can’t be said about stick magazines with an equivalent capacity. Additionally, it uses Magpul’s ratcheting system, so it’s really easy to load.

Enter The Wizards of Capacity at Magpul

That’s where Magpul comes in. Their Glock PMAGs are widely regarded for their reliability in multiple generations of Glock. Obviously, we don’t even need to talk about how reliable their rifle magazines are, including their D-60 556 NATO drum and D-50 308 Winchester drum. In fact, their promo video for the Magpul PMAG D-50 9mm magazine references their other drum magazines. The 9mm version is based on the same design. However, it’s shrunk down to fit in PCCs. Furthermore, as mentioned above, there’s also a version for the CZ-USA Scorpion carbine.