Red Dot vs Scope: How to Know Which Optic Is Right for Your Rifle

New shooters flooded the firearms market in 2020, and the buying frenzy continues pretty much unabated. Understanding just how all of our great guns and accessories work best together can loom overwhelming to the newer shooters. And one topic of frustration can come from just what folks should put on top of their shiny new rifle or carbine. When it comes to red dot vs scope, the answer will likely prove different for everyone. It boils down to intent–just how will you be using your rifle? 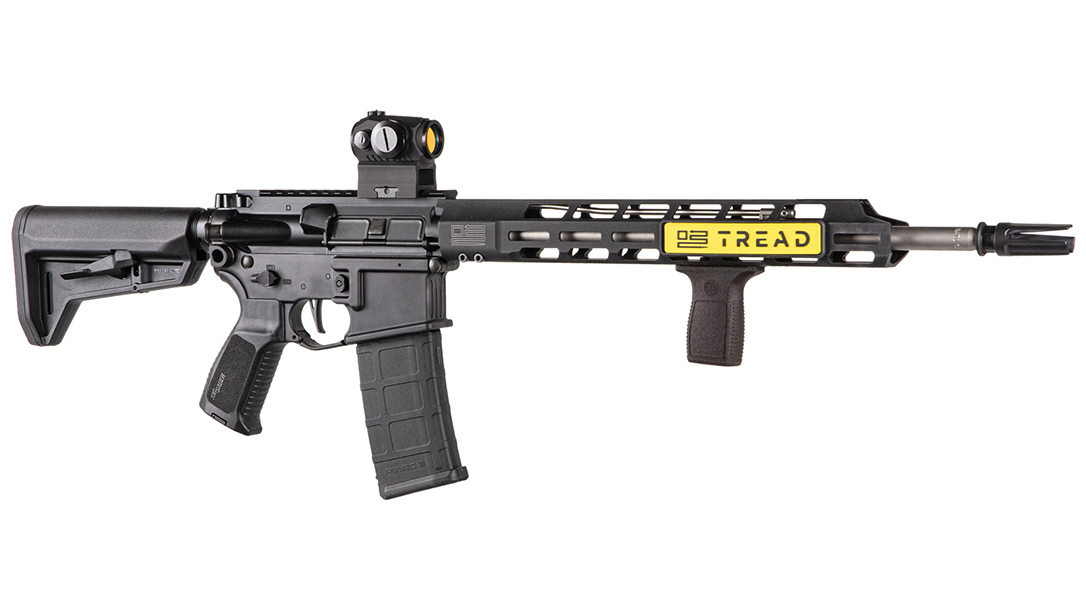 An AR-style rifle remains the popular long gun in America. Modular and benefitting from a massive accessory market, you can do anything with the design. Multiple caliber options enable the platform to excel in hunting, competition, home defense and more.

A red dot sight brings one thing, arguably, above all others: speed. They make it easy and fast to pick up the target. Red dots also deliver solid accuracy at close distances. Lightweight and compact in size, the modern red dot brings tremendous versatility and capability to rifle and carbine shooters. From competition to duty to home defense, red dots get it done in a lot of different scenarios.

“When shooting at a range, your goal should be to put each shot on target as accurately as possible,” according to SIG Sauer. “Red dot sights assist with this goal by making it easier to acquire your target. And since most red dots do not have magnification, it is easier to look through them with both eyes open. That makes it advantageous when you are moving or your target is moving. Red dot sights can be adequate on rifles or short-barreled rifles up to 300 yards but most shooters typically prefer using them within 100 yards.”

The most traditional optic we often use, the modern riflescope is actually anything but old these days. Modern advancements deliver greater magnifications in lighter, more compact platforms. Meanwhile, new rangefinding and ballistic capabilities give shooters the ability to take on targets at distance like never before.

“While typically reserved for medium to long-range shooting, riflescopes, or scopes, can also be used when shooting at shorter distances is preferred,” according to SIG Sauer. “If you plan on target shooting from a static position and are aiming out to 100 yards, you may decide that a tactical riflescope, such as the TANGO series of scopes, will help hone precision and accuracy. However, where riflescopes really shine is in their ability to increase your accuracy at greater distances due in large part to their magnification adjustments. Tactical riflescopes tend to have more complex reticles that allow for minute measurement adjustments on both the vertical and horizontal axis. This style of scope is often preferred in military training and operations.

From high-speed operators to top-level competitors, those that can truly go fast often employ both types of optics. A primary riflescope provides mid- to long-range engagements. Meanwhile, shooters mount a reflex sight on a 45-degree angle. Zeroed for close targets, it provides lightning-fast target acquisition. Further, should the primary optic go down, now you stay in the fight at all times with a secondary optic.

“Some people find that they want the ability to engage targets at all distances in all scenarios,” according to SIG Sauer. “For these shooters, choosing a riflescope with an offset red dot is the preferred solution. Originally developed in the 3-gun competition world and now common in tactical training scenarios, the addition of an offset red dot sight on a riflescope allows you to engage targets at 50 yards and then immediately at 300 yards simply by tilting the rifles at 45 degrees.”

The SIG Sauer Electro-Optics division makes some of the most advanced optical systems in the world. For even more info, please visit sigsauer.com.