Eradicate the Noise With the Banish 30 Gold Multi-Caliber Suppressor

Suppressing your rifle can be a game changer. I’ve been using suppressors for more than 25 years, and one sits on most of my rifles. Sound suppression is important, lack of muzzle blast and perceived recoil reduction more so. Quiet enough to use without hearing protection in a fight or on a hunt, you can stay focused on the threat or game. Suppressors, like the Banish 30 Gold multi-caliber, can have a profound impact on your success. 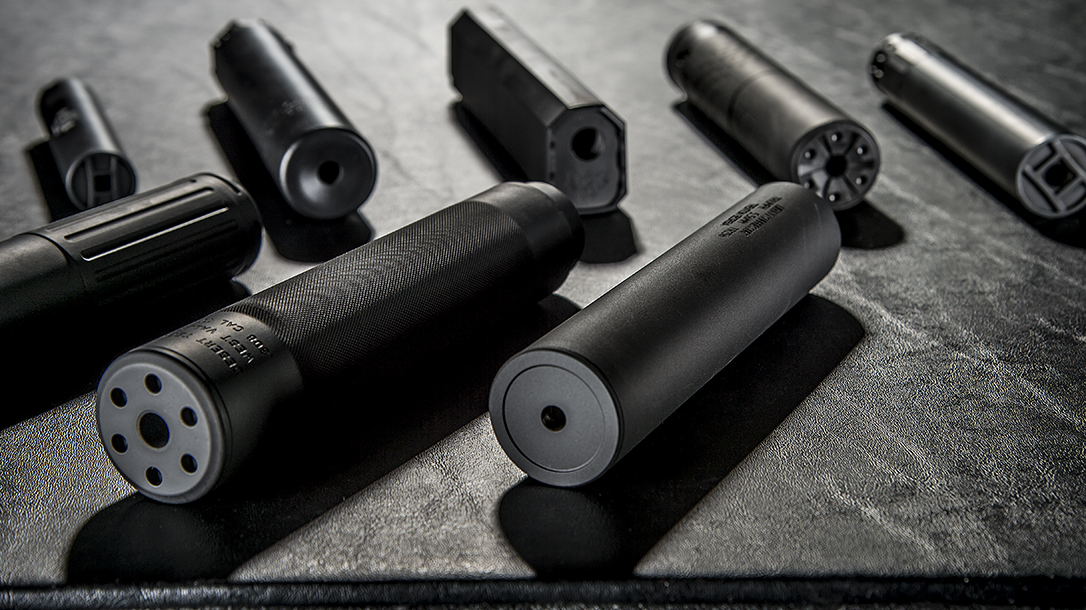 A Behind-the-Scenes Look at How Firearm Suppressors Are Made

Suppressors are a must for defense or duty applications where close quarters or confined spaces are the norm. Rifles with flash suppressors are loud, and adding a muzzle brake can be punishing. Suppressors mitigate that noise significantly, but there are a few drawbacks.

Suppressors add back pressure and while not a huge deal on bolt rifles, it can make your AR unreliable and harsh to shoot. Gas adjustment helps, but the less back pressure the better. Excess gas in the ejection port gums up the action, ammunition and magazines. Gas in your face is annoying at best and debilitating in excess. Proper tuning and ammunition fix some of it, but lower back pressure is the key.

The biggest drawbacks are cost and the year it takes for the government paperwork. Weight is also a factor, but most cans are lighter these days. It makes the QD (quick-detach) models desirable to some. Less about tactical need, they allow you to remove them easily for storage or to fit in a pack. More importantly, you can swap them between rifles easily. Using one suppressor saves money, hassle and government paperwork, and this Banish Gold .30-caliber is a perfect example.

Most rifles fielded today are .30 caliber or less. Competition, defense, duty, hunting, even the military are the same. If you want one suppressor, this is probably the most versatile. Quietest on .30-calibers, they are plenty quiet on anything down to a .223 (5.56mm) with little noticeable difference using the 6mm and 6.5mm calibers.

My primary bolt rifle, a Desert Tech SRS A2 chambered in 6.5mm Creedmoor, works best with a .30-caliber suppressor. Plenty quiet and with less back pressure, it is preferred over 6.5mm designs. Is there a measurable sound difference? Probably, but I never needed to fight, hunt or deploy in a lab or test range.

Don’t get caught up in the numbers. How a suppressor sounds is affected by its construction, ammunition, the rifle, atmospheric conditions and the shooter’s range of hearing, making listed numbers mostly marketing magic. Those numbers are more critical for social media wonks who talk about or sell suppressors than for those using them.

Banish has been around since 2005 and has focused on modular designs since 2009, with their focus on using one suppressor for multiple applications. Their user-serviceable design makes them versatile, easy to maintain and capable of use on even rimfire rifles. The Banish Gold Premium is a perfect example, providing all you need for anything from .22 LR to .300 Norma Magnum.

Constructed of a Titanium alloy, the 8.2-inch by 1.593-inch Banish Gold weighs in at a mere 13 ounces. User serviceable, it contains 11 STifle baffles and the necessary tools for disassembly. Two titanium muzzle brakes keep things lightweight; 5/8 x 24 and ½ x 28 thread patterns cover most rifles. Along with the baffle tool and brakes, a Devour high-temperature suppressor cover, nylon suppressor pouch, and Silencer Central T-shirt are included.

All these test rifles were accurate prior and remained so with the Banish 30 Gold. Mounted to the Desert Tech, cold shots cut the center from a 0.5-inch dot, and groups remained solid half-minute out to 300 yards, ringing steel with ease at 650 and 1,000 yards. The Zev rifle stacked them at 100 yards and rang the 650-yard steel with ease. Adding the Banish had no adverse effect on accuracy with every rifle tested.

Sound suppression was excellent—one of the quietest used on the Desert Tech SRS A2. Compared to three other suppressors with a couple different shooters, they all remarked it seemed the quietest. That’s anecdotal for sure, but real, since none of us carry around $10,000 decibel meters.

On the Zev and Blackwater the same was true, compared to other .30-caliber cans it was as or more quiet. It was not quite as quiet as a couple 5.56mm suppressors, but very close; no ringing ears without hearing protection on either the 16-inch or 18-inch barrels. Mounted to my Accuracy International AT using the .308 barrel it was observably quieter than some.

Back Pressure and Ejection

Back pressure was about the same as a conventional suppressor seems to get these days; everyone is working to get it as low as possible. There was no sticky bolt under rapid fire with the bolt guns, and little to no excess gas in the action even with the 18.5-inch 6.5mm Creedmoor. Mounted to the 24-inch AT barrel, it was no different than shooting unsuppressed while running the bolt hard and fast.

With the Blackwater you noticed a shift in brass ejection, but not as significant as some. Unsuppressed, this rifle ejects between 3 and 4 o’clock; suppressed it moved to between 2 and 3, mostly 3. During rapid fire it wandered forward to 1 o’clock staying consistent, nothing erratic.

Using a Superlative Arms adjustable gas block allowed proper tuning with the Zev, and it showed. Brass ejection was very consistent at about 4 o’clock; rapid fire still resulted in walking forward, not quite as far and it remained consistent. Excess gas in your face was still there, but less than most and right with the most efficient baffle designs. Only the zero back pressure suppressors are better.

Impact shift ranged from 1.5 to 2.5 inches low compared to the muzzle brake alone, which is pretty typical. Horizontal change was minimal and attributable to the shooter or ammunition. Impact shift removing and reattaching the suppressor was minimal to non-existent. The greatest shift occurred with the AI AT using 178-grain ELDM ammunition from Black Hills at 0.75 inches. Least was the Hornady 95-grain VMAX in 6.5mm Creedmoor, which exhibited virtually no change, common with this setup.

Swapping different direct-thread suppressors the SRS impacts in the same place—one of the reasons it’s my primary bolt rifle. Both of the 5.56mm rifles had shifts around 0.5 inches, mostly vertical with some horizontal dispersion. Nothing changed enough to cause a miss on a typical threat inside 300 yards.

The Devour suppressor cover worked as billed, made things a different tone, fit tightly and did not move under fire. Moving the suppressor between rifles was easy after consistent firing. Attaching and removing as needed is easy with Velcro straps; no added cord necessary.

Tear down for cleaning is simple. Use the supplied tool to remove the end cap, the baffle removal tool takes care of the rest. Stick to typical centerfire ammunition and cleaning should be rare, but all suppressors suffer buildup over time that can degrade performance. How much depends on round count—most will probably never notice—but those using them for duty applications or shooting all the time might.

Run it on rimfire with any consistency and you will want to clean it more regularly. You can clean Baffles in a sonic cleaner, making it pretty painless.

This Banish Gold 30 is a solid suppressor—lightweight, quiet, exhibits lower back pressure than most, and it is user serviceable. That’s about perfect for a multicaliber design. At 8.2 inches, it is about the norm, especially for .30-caliber. If you want shorter, take a look at the Banish 30 as it can be as short as 7 inches. Either way, it’s hard to go wrong with any of the Banish suppressors.

For more info, visit BanishSuppressors.com. The Banish 30 is available exclusively through Silencer Central.