0
SHARES
28
VIEWS
Share on FacebookShare on Twitter
What was once old, is new; dead is alive; and useless is required. It happens frequently in the gun industry. Such is the case with the new U.S. Army Sub Compact Weapon RFI (Request For Information). 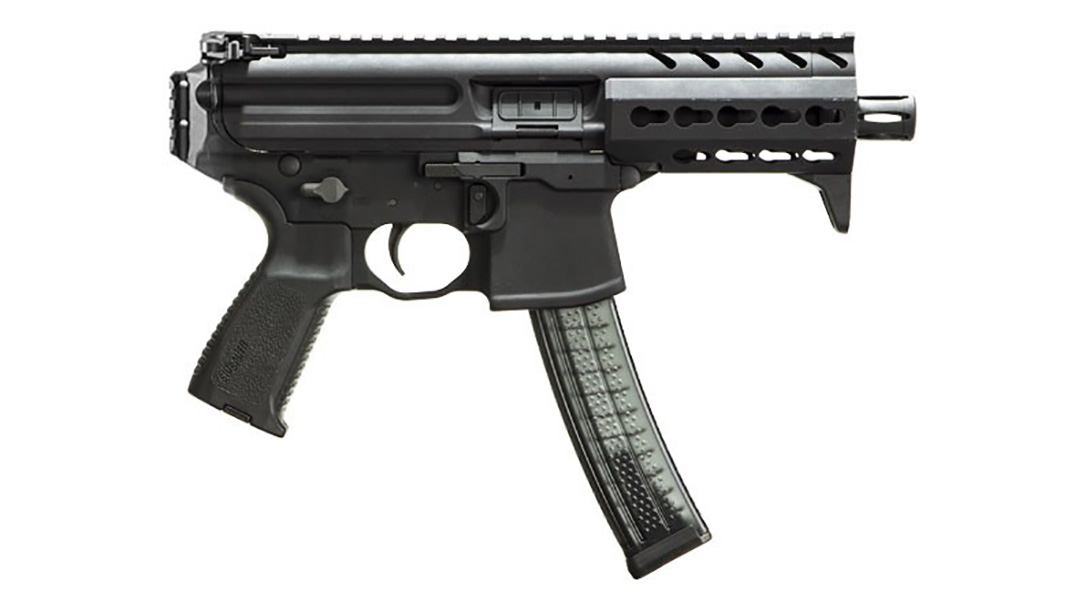 In this case, the Army is looking for a select-fire 9mm with a Picatinny rail. It can include suppressors, cleaning kits, accessories and other goodies.

It’s up to the manufacturer to produce a package, along with how many they can deliver and how fast. Basically, it’s a call to arms for the gun industry to “show us what you got.”

Everything is speculation, but my guess is the Army realized that for certain missions a 9mm subgun just works better. Used worldwide by specialized military and police units, subcompact weapons fill a role.

Talking to those using subcompacts, they want better and newer guns that take advantage of advancements made in the current climate.

No disrespect to the venerable HK MP5 — their current weapon — but it remains full of 50-year-old technology with an ever-decreasing availability of parts.

Some of the Army’s guns are old with round counts in the hundreds of thousands. It’s time for the Army to see what’s out there, and I have a few thoughts on who might be in the running.

What the Army Needs

My first SWAT primary weapon was an MP5. I used it on many entries, along with several classes — the most intensive being Heckler & Koch’s Master Subgun Instructor school.

MP5s are little machines that accurately spit out 9mm ammunition into in large quantities, if needed. Light, short, handy and easy to deploy, they were the mainstay for decades.

They are, however, costly to build, assemble and maintain, requiring a more skilled armorer. Still, my guess is a couple of the MP5’s features will be a requirement.

Most important is the ability to use it folded or without a stock — if needed or desired — and the ability to fire it under any of those conditions. It’s also going to need to work both suppressed and unsuppressed, depending on the mission. Lastly, given today’s environment, modularity will be critical.

Three different guns come to mind, all of which I have used pretty extensively and all of which would do the trick.

Sig Sauer is the belle of the ball these days and anyone discounting familiarity (already in the system) and politics does so at their own peril.

Along with the pistol contract, the Sig Sauer MCX has been brutally tested by SOF. Both are in the system and familiar to everyone involved. It makes the Sig Sauer MPX an odds-on favorite

Politics aside, the MPX is a great little sub-gun. Having tested the prototype, followed by the standard and K models, it’s the closest thing to an MP5 out there; that includes the HK UMP.

The size is about the same as the MP5. The MPX will work without a stock, with one, or with one folded or collapsed. Every MCX stock is compatible with the MPX and can be changed in less than one minute. Same goes for the handguards and barrels.

Controls on the MPX are almost identical to an AR, making any transition seamless. They work suppressed and unsuppressed with lots of different ammunition.

MPX magazines are robust, but lightweight and come in 10-30 round variants.

Just as important, Sig Sauer can deliver as many as the Army wants … and very quickly.

The HK UMP is another subgun I have a ton of time on.

I used one in .45 ACP on the team along with my HK Subgun Instructors school. Simple, robust, and accurate in .45 ACP, the UMP ran like crazy, many still do. Some .40 calibers had issues, but the 9mm is flawless.

If HK had just imported more to the U.S., they would be more prolific. I was an HK LE dealer at the time every agency wanted them in 9mm, yet HK Germany refused to import them in large numbers. It’s the biggest reason they are so unknown here.

Truth is, it may be the most prolific subgun in the world today outside the USA. Fielded throughout the world by police and military agencies, the UMP is simple, lightweight, robust and easy to maintain. It fires with the stock folded with controls similar to an AR.

Suppressors are available and the UMP works with or without. Construction is mostly polymer and parts can be easily and cheaply replaced at the user level. Unless you are pressing barrels, no armorer is needed.

The HK UMP meets every requirement in the RFI and is already produced in numbers exceeding the Army’s needs.

CZ USA’s Scorpion EVO is so popular in the U.S. it’s easy to forget how prolific it is for military and police use around the world. More than 20 countries are currently using the Scorpion as their submachine gun, which makes it a solid option.

Much like the HK UMP, it is mostly polymer. The Scorpion is simply constructed and easy to operate and maintain. It works with the stock folded, extended or removed, if needed.

Operating controls on the Scorpion are easy to access from either side. There is a rail at the top, including the handguard, along with side rails for accessories.

Lightweight and compact, the CZ Scorpion series uses barrels as short as 4 inches and longer and works suppressed or not equally well.

Given its worldwide appeal, procuring enough would not be an issue for the Army.

These are just three likely choices. Several other options exist, mostly because subguns are primary weapons for police everywhere else in the world, not rifles.

Many will see AR-based. pistol-caliber carbines as an option. Not me — not unless they will work without a stock. While great for home defense and even competition, most would just not meet the Army’s needs.

Still, that’s what these RFIs are for, spurring the industry into producing new and innovative guns. Who knows? Maybe it will bring about something even better. Only time will tell and, either way, it will be very interesting to see what comes of it.