Jeff Cooper Would Definitely Approve of the Ruger Scout Rifle

Working with Gunsite Academy in Paulden, Arizona, a few years ago, Ruger designed a modern-day rendition of the scout rifle based on its Model 77 bolt-action rifle. Lieutenant Colonel Jeff Cooper, the founder of Gunsite, originally conceived the idea for the scout rifle. It was to be a general-purpose rifle. In his book, “To Ride, Shoot Straight, and Speak the Truth,” Cooper defined the scout rifle as being “a conveniently portable, individually operated firearm, capable of striking a single decisive blow, on a live target up to 200 kilos in weight, at any distance at which the operator can shoot with the precision necessary to place a shot within a vital area of the target.” 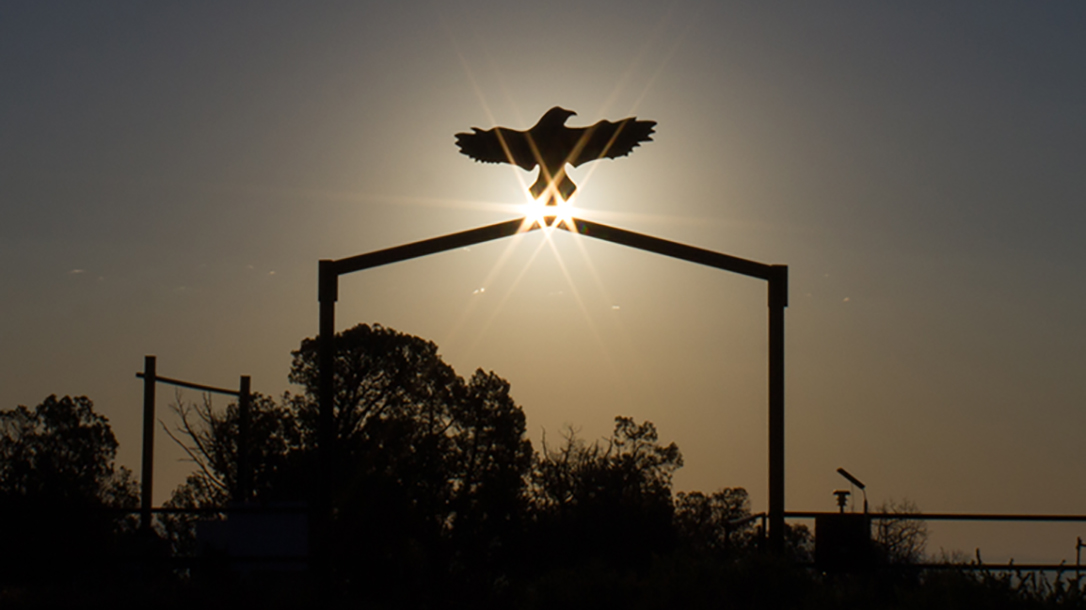 Cooper believed that the old 6.5x54mm Mannlicher-Schoenauer carbine and .30-30 Winchester Model 94 were steps in the right direction, as was the discontinued Remington Model 600. He was also a believer in mounting a scope ahead of the receiver, low over the bore, so you could load rounds while keeping your eyes on target.

Regardless of what you think about a rifle of this sort, it is indeed handy, quick and easy to operate. It is not a precision rifle in the sense of a target or sniper rifle. It is, as Cooper intended it to be, a general-purpose rifle. And the forward-mounted scope works just as Cooper described it. One of the best shots I ever made was on a running warthog in Africa with a scout rifle fitted with a Leupold Scout scope.

To create an interpretation of Cooper’s concept, Ruger made a series of savvy and well-executed alterations to its Model 77 platform. First, Ruger chose a 16.1-inch barrel with a different contour, one that would facilitate the attachment of a Picatinny rail. The muzzle has 5/8×24 muzzle threading, and a flash suppressor is included. Just to the rear of the flash suppressor, Ruger installed an all-steel, ramped front sight with protective wings.

The 15-slot Picatinny rail extends 6.13 inches forward of the receiver ring and is attached to the barrel just in front of the receiver with four hex-head screws. The rail, of course, allows the user to mount an extended-eye-relief scope.

The action still retains the Ruger integral scope mounts, so if you are inclined, you can mount a conventional scope with the Ruger rings that are supplied with the rifle. However, you’ll first have to remove the adjustable rear sight. This is an all-steel sight with protective wings on each side. It is mounted on the flat surface of the Ruger integral scope base with a single hex-head screw.

In my mind, the most significant modification is the bottom metal, which allows the rifle to feed from detachable magazines. Traditionalists might scoff at the nylon construction of the bottom “metal,” but it would appear obvious by now that polymer gun parts are here to stay. Generally, the bottom metal of a bolt-action rifle is what solidifies the bedding, and polymer is just not strong enough to do that. To compensate for this, the Ruger Scout utilizes two crossbolts to mount the action solidly in the stock.

The detachable magazines give the rifle an M14 look. A magazine release lever is mounted at the front of the triggerguard, and pushing this lever allowed the five- and 10-round magazines that came with my test rifle to drop free. These center-feed magazines are easy to load, and cartridges fed from them reliably during testing.

The final modification Ruger made has to do with the stock. The forearm is nicely rounded, checkered and is comfortable in hand. There are also standard sling swivel studs positioned at the front of the forearm and along the rear belly of the stock. The stock itself is made of laminated, gray, tan and black hardwood and fitted with a 1-inch-thick soft rubber buttpad.

Of course, anytime you are shooting a rifle, especially from field positions, the fit is very important. Thankfully, the length of pull on the Ruger Scout is adjustable from 12.75 to 14.25 inches through the installation or removal of three polymer spacers. This means the rifle can be modified by the user so that it will fit anyone with sufficient arm strength to hold it up.

And holding this rifle isn’t a chore. It weighs 7.1 pounds unloaded and balances just behind the front guard screw. Add a loaded magazine and you end up with a rifle that is slightly butt-heavy. This is a good thing, especially if you want a fast-handling rifle. Muzzle-heavy rifles are easier to hold on target but slower to get on target and swing between targets.

In all, the Ruger Scout rifle might be the best commercial rendition of Copper’s concept we have seen to date. This is partly because it has all the features a general-purpose rifle should have and partly because of its price, which is significantly less than that of the Steyr Scout.

Of course, as cool as a concept might be on paper and even in hand, the real test is how the gun performs. While I’m not sure I need a general-purpose rifle, the Ruger Scout rifle is just cool enough to make me want it, but only if it handled like Cooper said a rifle like this should. To find out, I shot the hell out of this rifle, mostly from field positions.

But first I established its accuracy potential. I mounted a Weaver 4x28mm K-Series riflescope to the Picatinny rail using standard Weaver rings. After bore-sighting, I fired three 5-shot groups with three different factory loads at 100 yards from a sandbag rest. The best five-shot group measured 1.3 inches, and the worst was only 2.22 inches.

This isn’t exactly match rifle performance by any standard, but for a short-barreled general-purpose rifle of this nature and price point, I think it sufficient. It is plenty accurate for shooting at bad guys or bad critters out to the ranges most shooters are capable of in the field. One facet of the rifle’s on-target performance that I found interesting was that there was no difference in the point of impact with any of the loads tested, and it’s important to note that I fired all of my groups without allowing the barrel to cool.

Where the rifle really shined was when I stepped away from the bench. I ran through several drills, working between standing, kneeling, sitting and prone positions, shooting fast and working the action hard like you would a gear shift on a 1980 International Harvester Scout. The action was a bit rough, but this is common with new Ruger 77 actions and generally goes away after a bit of use.

The rifle was very quick to get on target, even with the 4x28mm Weaver scope, which has a narrow field of view. And, despite what some might consider less-than-stellar accuracy, I could easily hit a 4-inch circle at 100 yards from prone. In fact, I achieved four hits in a row in less than 10 seconds. In all, I ran 200 rounds through the Ruger Scout rifle. There were no stoppages and only one misfire. A single Winchester 150-grain Silvertip round would not fire out of the Ruger or any another .308 rifle I had on hand. We’ll blame that on the ammo. 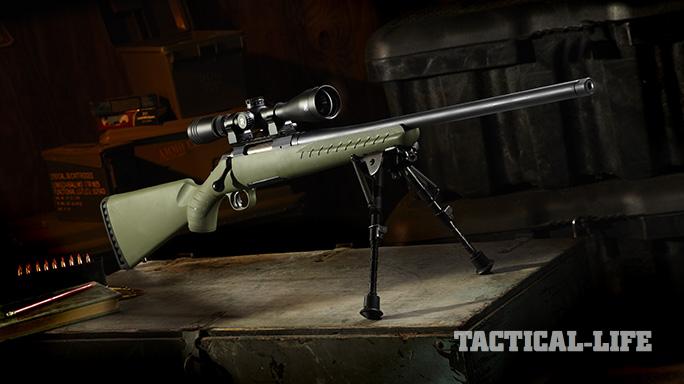 Where does the Ruger Scout rifle fit into an arsenal? I think it would make a great patrol rifle for police officers that work in rural areas, especially those who might have to whack a nuisance bear or wild hog from time to time. I also believe it would a great “Katrina rifle” for use during a period of civil unrest.

More than anything else, the Ruger Scout rifle is a just a solid general-purpose rifle suitable for hunting, saving your life or defending freedom. And this appears to be exactly what Cooper expected from a scout rifle. This is indeed a special rifle that honors Jeff Cooper’s legacy and Gunsite.