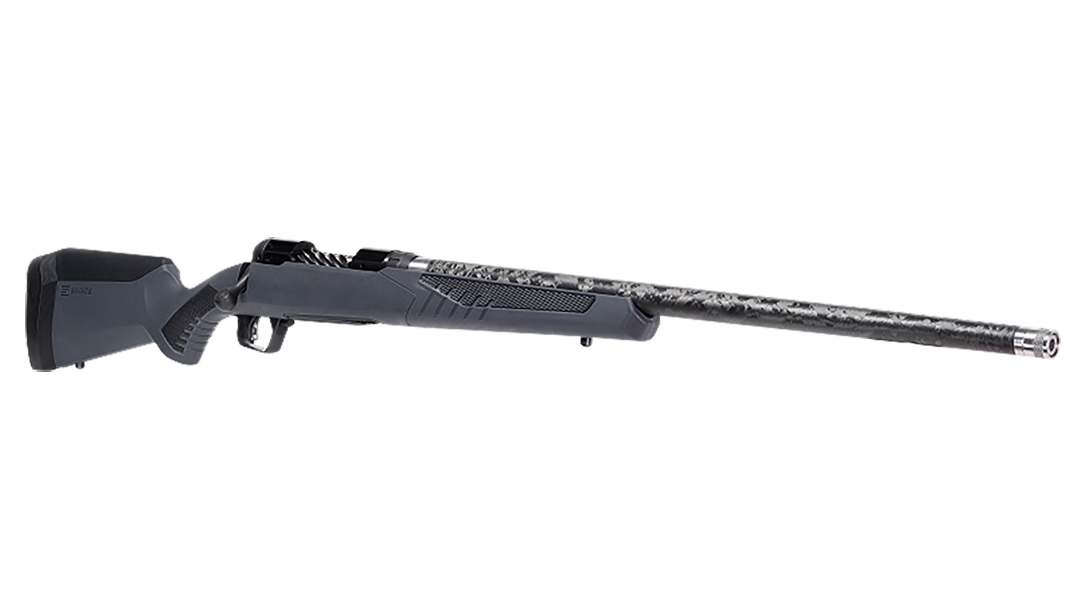 Savage Model 110 Ultralite: A Modern Take for the Mobile Rifleman

“The 300 PRC has opened up new possibilities for extreme long range shooting,” Jessica Treglia, Sr. Brand Manager at Savage Arms, said. “There’s no better platform for the round than a Savage. With their AccuTriggers and AccuStocks, Savage rifles offer the rugged stability needed for reliable accuracy at any distance.”

In December, we reported the Department of Defense selected Hornady 300 PRC for extended long-range sniper program. During testing, the cartrdige outperformed several others out to 2,000 yards. Beyond accuracy, the cartridge performs with heavy .30-caliber bullets.

With high ballistic coefficients, the non-belted cases should perform extremely well in hunting scenarios as well. Of course, in terms of long-range competition, it’s already becoming a player.

Whether hunting, plinking or serious long-range pursuits, Savage rifles in 300 PRC deliver. With price points for every budget, and several styles to choose from, look for 110 rifles in 300 PRC showing up on the firing line soon.