The iconic Savage Model 110 rifle lineup will be available with the AccuFit system in 2018. 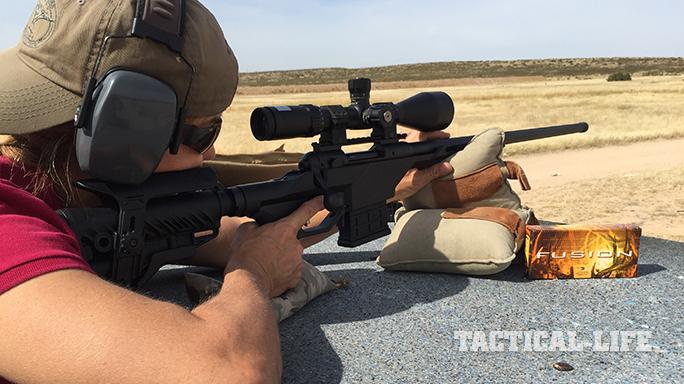 In the press release, the company says the AccuFit stock system essentially enables users to custom-fit the comb height and length of pull on the Model 110 using only a Phillips-head screwdriver.

“AccuFit makes it easy for shooters to achieve a fit that allows them to shoulder the gun and align their eye with the optics in a consistent manner, without having to move their head around to compensate for being the wrong height or distance from the scope,” said Beth Shimanski, Savage’s senior marketing manager. “The resulting combination of a solid cheek-to-stock connection, proper eye relief and comfortable, personalized fit add up to better shooting form and improved accuracy.”

The comb height is controlled via five riser settings which are adjustable in 1/8-inch increments. “Simply select the riser that creates cheek-to-stock contact and aligns your line of sight parallel to the barrel or scope,” Shimanski said.

The length of pull can also be adapted to the shooter’s stature via the four inserts that are included with the gun. 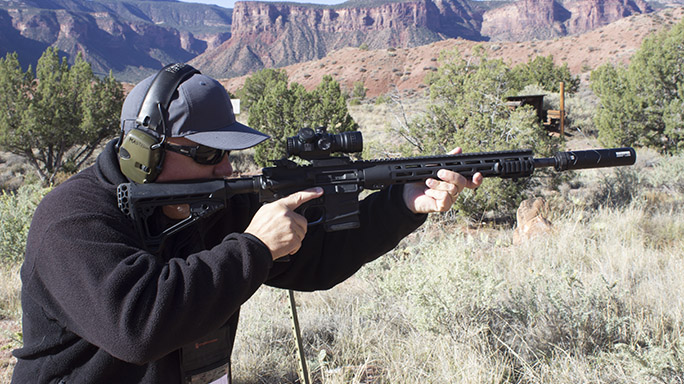 Is the Savage MSR 15 Recon a Serviceable Combat Rifle?

“AccuFit is usually a set-and-forget system, but its versatility allows you to tailor length of pull and comb height as needed, such as when changing optics or donning bulky clothing for cold-weather hunting,” Shimanski said. “AccuFit also accommodates physical changes, making it the perfect youth gun that will grow with the shooter throughout a lifetime of use.”

These enhanced Savage Model 110 rifles not only feature the AccuFit system, but they also come standard with the AccuTrigger which offers up a light, crisp trigger pull with no creep and prevents accidental discharge. The AccuStock chassis is also included.

In addition, each rifle boasts new cosmetics and ergonomics, such as improved grip and forend shaping, and soft-touch gripping surfaces. Other features include zero-tolerance headspace control—accomplished by threading each barrel into place with the action and bolt—and free-floating, button-rifled barrels and rotating bolt heads.

Right now there are 12 Savage Model 110 rifles equipped with the AccuFit system and built to tackle a variety of applications. They are:

Scroll through the gallery above for a look at each. To get better acquainted with the Model 110 rifle series equipped with the AccuFit system, visit savagearms.com and watch the videos below.