My love for rifles in 6.5 caliber go back to my high school days. I was a senior who had already turned 18 and I was free to purchase any long gun I could afford, which wasn’t much. It was a Saturday in late winter, and the gun show at the Cumberland County Memorial Auditorium attracted a big crowd of civilians and soldiers from nearby Ft. Bragg. I bought a Swedish Mauser chambered in 6.5x55mm that day and that started my attraction to all things 6.5mm. 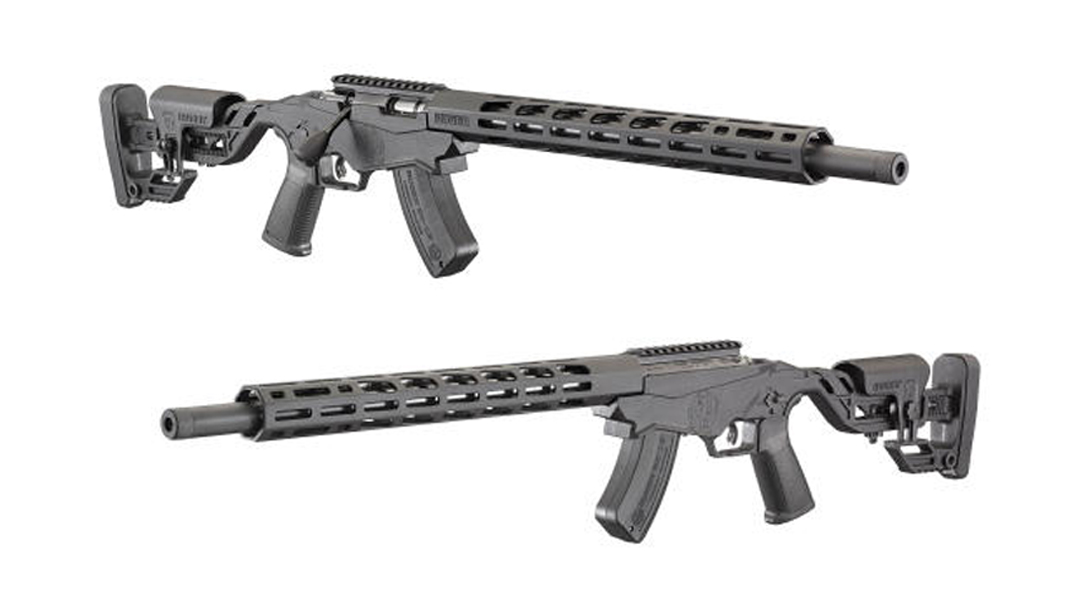 In the years since, I’ve lost track of all of the .264-caliber rifles and pistols I’ve owned or shot. The latest rifle that’s scratched my 6.5mm itch is the Ruger Hawkeye Long Range Target in 6.5 PRC.

The hot new 6.5 Precision Rifle Cartridge (PRC) is raising some eyebrows in the shooting world. Based on the 300 Ruger Compact Magnum case, this beltless magnum has been billed as the “big brother” to the 6.5 Creedmoor. It’s also designed to cram its fat, stubby case into the confines of a medium-length bolt-action, the same actions used for 6.5 Creedmoor and .308 Winchester rifles. The biggest difference is the 6.5 PRC’s bolt face, which harnesses the 0.532-inch cartridge rim. For those familiar with the .300 Win. Mag., you’ll recognize the PRC’s identical rim dimensions.

By my estimation and velocity data, the 6.5 PRC is much closer to the .264 Win. Mag. in performance than its little brother, the 6.5 Creedmoor. The 6.5 PRC is nearly identical in performance to the 6.5 Remington Magnum that was released to the market back in 1965. This cartridge nearly died out, owing to being chambered in Big Green’s then-new Model 600 and 660 carbines.

How does the 6.5 PRC stack up against these previously-mentioned .264 caliber cartridges? To find out, I borrowed a GA Precision rifle chambered in 6.5 PRC from company owner George Gardner last summer. George is the mastermind behind the 6.5 PRC, and he collaborated with Hornady on the 6.5 PRC’s development. He’s also had quite a bit of success with the 6.5 SAUM over the past few years, which has a slight powder capacity edge on the non-wildcat 6.5 PRC.

After my initial introduction to shooting the 6.5 PRC GA Precision rifle, which is a $4,700 custom rig, I anxiously awaited for other manufacturers to join the game. When Ruger released its Hawkeye Long Range Target rifle in 6.5 PRC, I was quick to make a call. A couple of weeks later the rifle arrived at my local gun shop, and I didn’t waste any time mounting some high-grade glass and pulling the trigger.

The first two loads fired from the Hawkeye were Hornady factory rounds with the company’s 143-grain ELD-X and the 147-grain ELD Match. Ten rounds each across the screens of an Oehler 35P chronograph at 10 feet gave me some data to start. I also took the opportunity to thoroughly clean the barrel after the first five rounds and at the 20-round mark to properly break in the new barrel. Initial velocity data had the 143-grain loads averaging 2,934 fps. Meanwhile, the 147-grain match loads averaged 2,877 fps. The standard deviation for the 143s was 15; 25 for the 147s. The velocity was fine, but the SDs were disappointing.

I had already mounted a Bushnell Tactical Elite 3.5-21X scope, and I refined my zero at 100 yards to see how the Hawkeye would group. Grouping proved nothing special with the 143-grain load, with 5-shot groups hovering around 1.2 inches.

However, when I switched to the 147-grain load, I got a pleasant surprise. The first group of five shots printed a tight 0.519-inch cluster. Interesting. Setting the rifle aside for 10 minutes, I tacked up some more targets. When I got back on the gun I sent the next five rounds downrange without much pause between shots. The group looked pretty decent, so I sent another five, and it looked similar through the scope’s lens. Retrieving the target I measured both groups and got an astonishing 0.215 and 0.218 inches. These two back-to-back groups are the smallest I have ever fired with factory loads from a factory rifle, and the three-group average of 0.317 is excellent, too.

The Ruger Hawkeye Long Range Target in 6.5 PRC features a heavy-contour target barrel that’s tamed with a Ruger Precision Rifle Hybrid muzzle brake to effectively reduce recoil while minimizing noise and blast to the sides of the shooter. The barrel is free-floated, cold hammer-forged 4140 chrome-moly steel with a 1:8 twist and 5R Rifling at minimum bore and groove dimensions, minimum headspace and a centralized chamber.

The three-position safety is easily accessible and allows the shooter to lock the bolt or to load and unload the rifle with the safety engaged. Finally, the rifle ships with one AI-Style 3-round Accurate Mag magazine.

I’m looking forward to crafting handloads for this rifle with single-digit standard deviation. Once that part of the equation is achieved, I’ll be looking for a longer range than the 1,000 yards I’ve got on my farm. Further, that’s what it will take see what this hot, new rifle is capable of achieving with those beautiful little 6.5mm missiles.