0
SHARES
13
VIEWS
Share on FacebookShare on Twitter
Wilson Combat just launched its latest long-range rifle: The Paul Howe 6.5 Creedmoor Rifle. A collaboration between Wilson Combat and author and shooting expert Paul Howe, the new rifle is purpose built to shine at medium to long-range engagements, capable of reaching out past 1,000 yards. 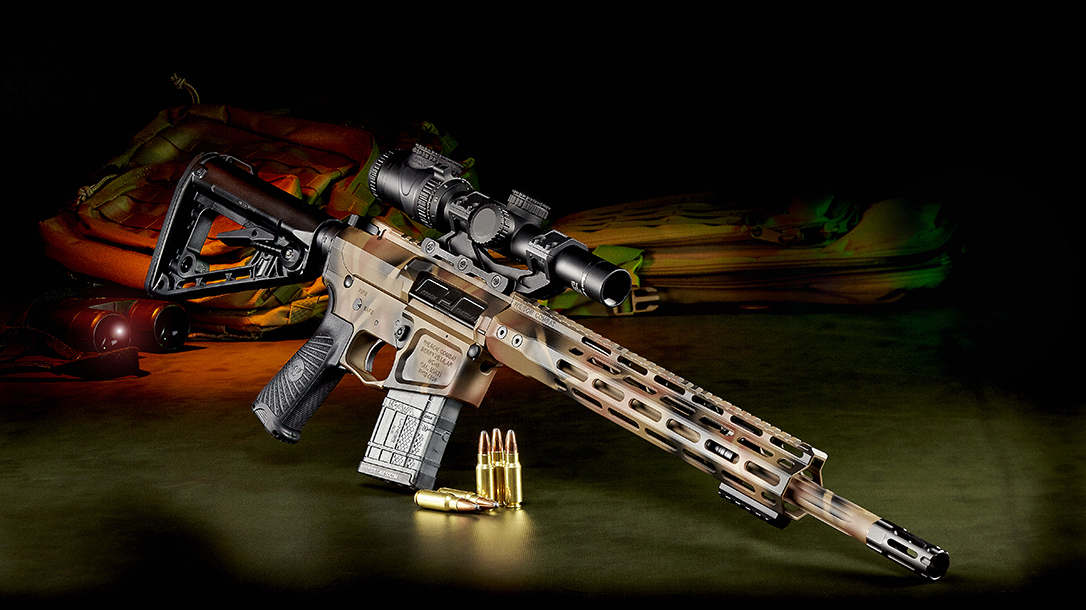 The rifle features a striking Camouflage Armor-Tuff finish, developed to blend in well in both urban and rural areas. It reduces the IR signature and keeps the rifle cooler in higher temperatures, according to Wilson Combat. The Paul Howe 6.5 Creedmoor base comes from the WC-10 large-format AR receiver set. The rifle wears a match-grade, precision chambered stainless steel, 16-inch barrel. It features deep lightening flutes and comes standard with an Accu-Tac flash hider. The barrel profile maintains an optimized size and weight, without sacrificing accuracy or reliability, according to Wilson Combat.

Learn more about Paul Howe at combatshootingandtactics.com. For more information on the rifle, please visit wilsoncombat.com.