We’ve discussed a lot of different concealed carry methods. While it’s accepted that on-body inside the waistband carry, whether at the appendix or traditional position is the best, other methods like ankle carry or pocket carry have viableapplications. That brings us to today’s topic. Concealed carry purses: are they viable? 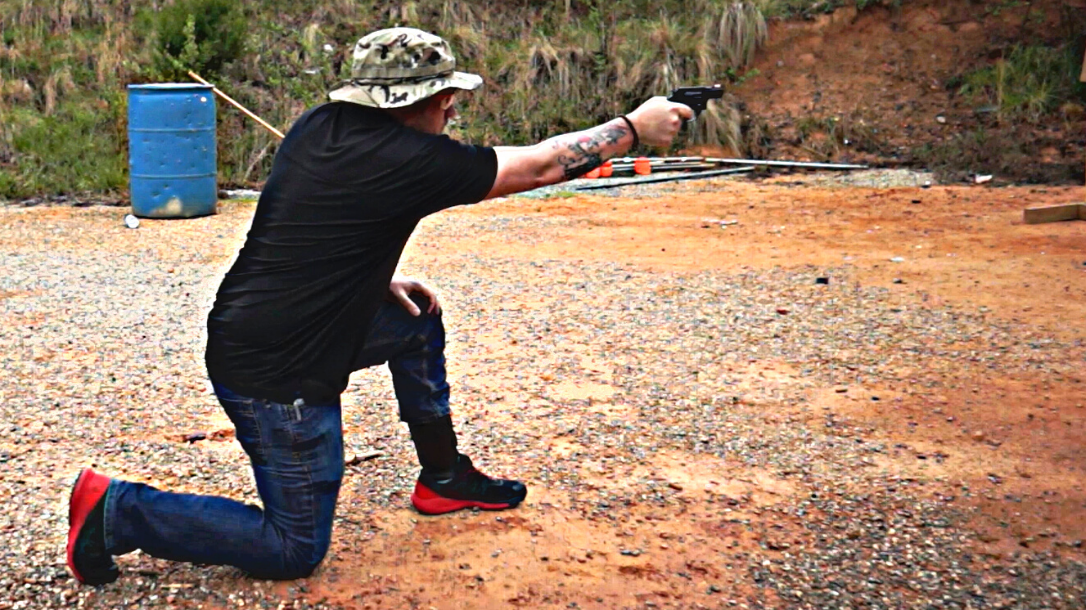 Concealed Carry Purses Have Some Advantages

W​hen we’re talking about how to conceal carry in purse, or purse carry in general, we do need to address the clear advantages of purse carry. First and foremost, it’s comfortable. It’s very comfortable. Concealed carry purses allow you to transfer the weight of the gun off your belt line into a bag. They also eliminate the discomfort that can come from performing certain actions when you’ve got a gun on body.

Lastly, one of the advantages to purse carry is similar to pocket carry. It allows you to have your hand staged on the gun and in some cases, fire through the purse at an attacker. Darryl Bolke refers to purse carry as “pocket carry for women” which is an apt comparison. Especially since most women’s pants don’t have useful pockets.

Unfortunately, there are quite a few drawbacks to concealed carry in a purse. These actually apply to most forms of off-body carry, not just concealed carry purses. The first issue is that you need to have a dedicated pocket or pouch on your carry bag. This is to keep things like chapsticks, car keys, or whatever else is in your back from interfering with the gun’s trigger.

Secondly, purse snatching is still a crime. Just go to YouTube and you’ll be able to see multiple instances of purses getting stolen. That means that you have to be extra vigilant about your bag. Because if someone gets it, they’re not just getting your phone and wallet. That would be bad enough. Now imagine there’s a Glock 48 in your purse and it gets ripped off your arm.

That leads us to the 3rd, and most serious problem with off body carry or concealed carry purses. It’s the fact that they end up being treated like bags with a gun in them, instead of a gun with a bag wrapped around it. If you think about a purse with a gun in it as a holster and not a bag, you can see why this might be a bad idea.

To explain, think about your carry gun. You wouldn’t just leave it unattened on a table while you went to the bathroom. But I’ve seen people do this all the time with purses and other bags. Putting a gun in your purse means you absolutely can’t treat it like a purse. It’s now a big clunky holster that has to go everywhere with you, even if it’s inconvenient. In fact, in a conversation with Sarah of Phlster Holsters, she pointed out that constantly carrying your purse can actually make you stand out more. In some social settings, people just ditch their purses by the door. Can’t do that if there’s a gun in it, and now you’re the weirdo with her purse at the dinner table.

Is a Concealment Purse Worth It?

As mentioned above, there are some environments where a concealed carry purse could be the right choice. Deep concealment, or if you have a physical limitation that absolutely prevents on-body carry would make sense. However, I have a theory that the vast majority of concealed carry purses are purchased because the buyer doesn’t think they can successfully carry on body. In the era of Phlster Enigma, that’s just not true anymore.

Acknowledging the narrow use cases for purse guns, it seems like the cons outweigh the pros. We didn’t even touch on slow access for a purse gun unless you’re staging your draw. But that’s a concern too. The average draw for an unskilled user ranges in 4-6 second range. Additionally, a lot of the purses we tested didn’t have a compartment for your firearm that’s big enough for a full size gun. If you’re going to embrace the comfort of purse carry, you shouldn’t be stuck with small guns. One purse brand, Travelon, makes bags that are big enough for larger guns.

Purse carry, and indeed all forms of off-body carry can find their way into certain useful niches. However, as a general form of every day carry, we believe you’re better off investing your time and effort into making a more traditional method work for you.