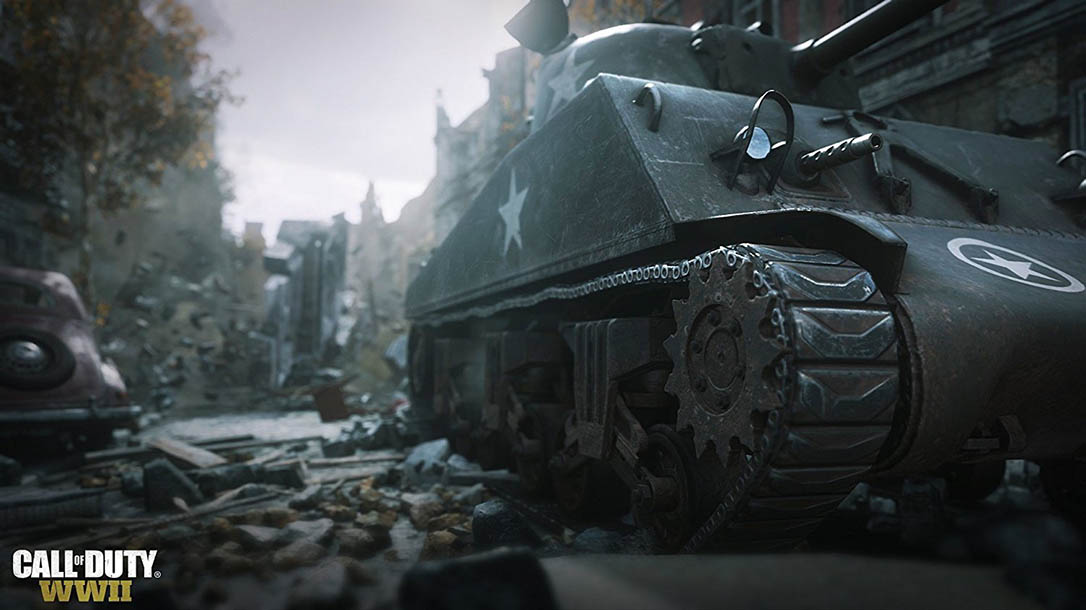 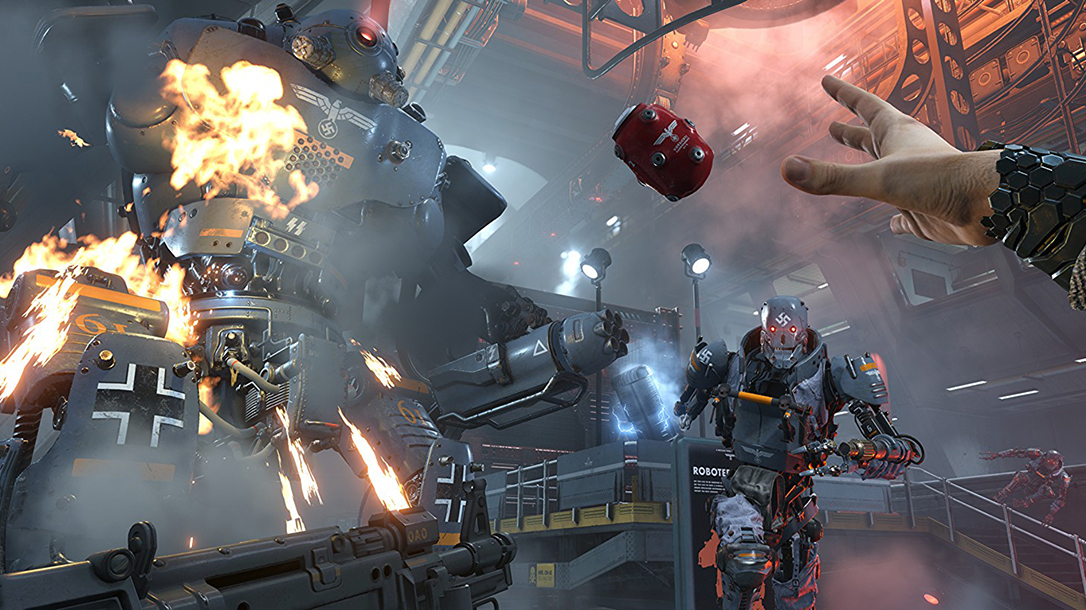 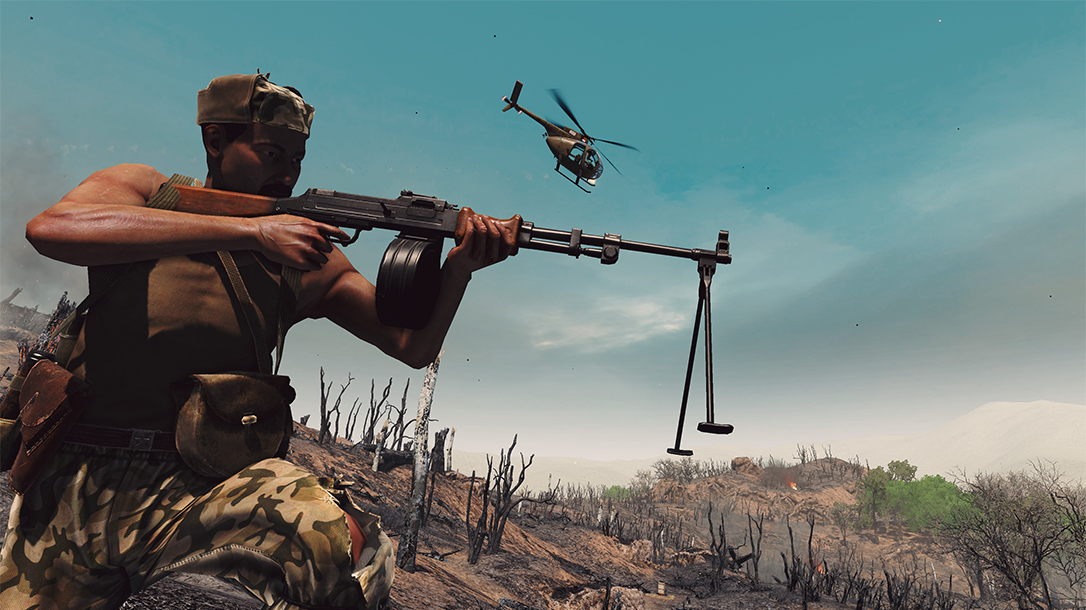 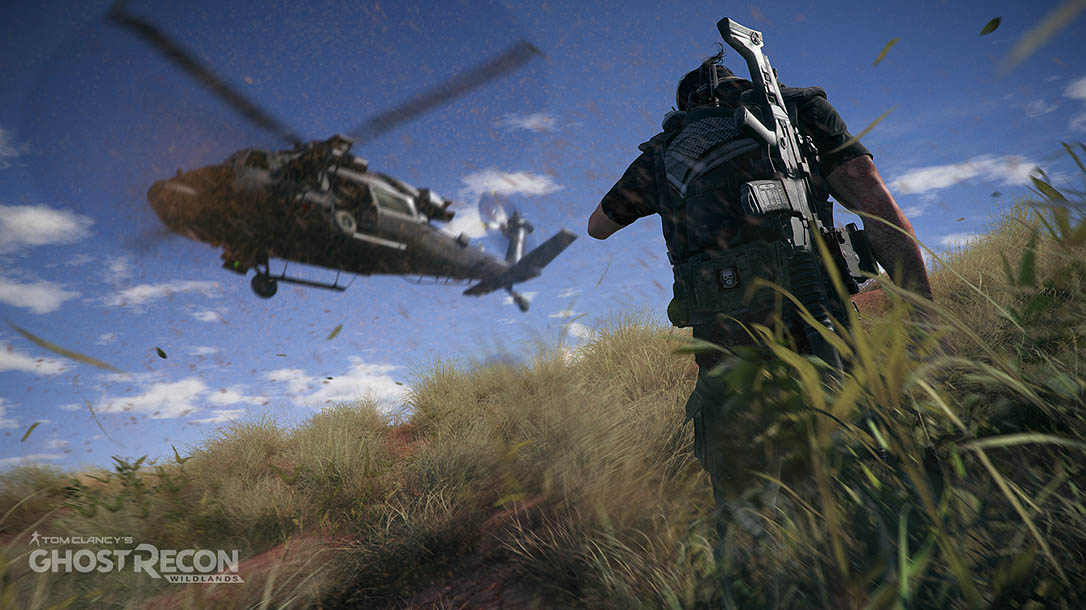 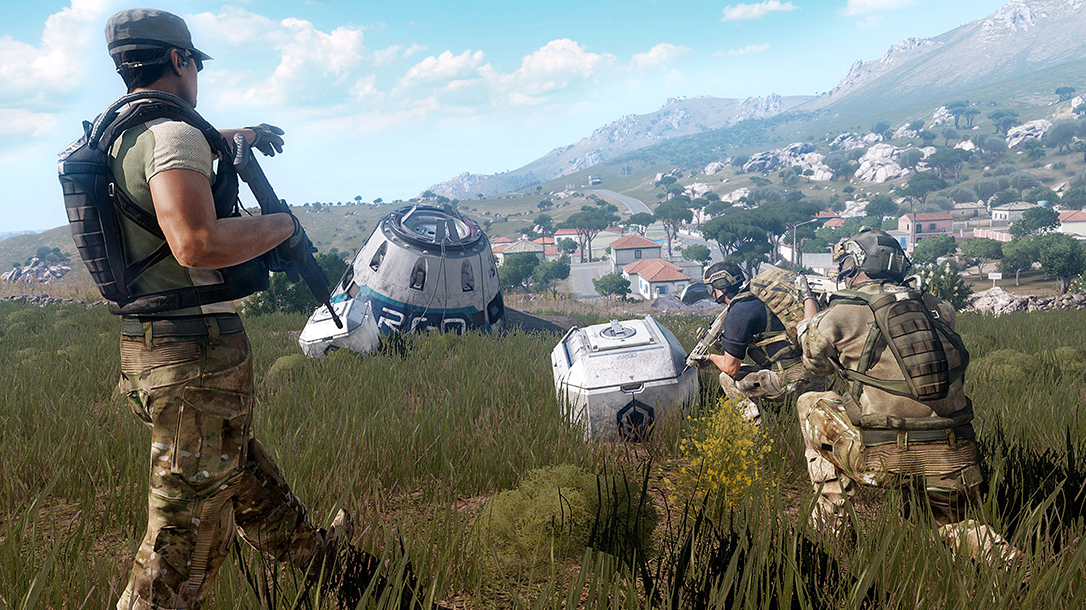 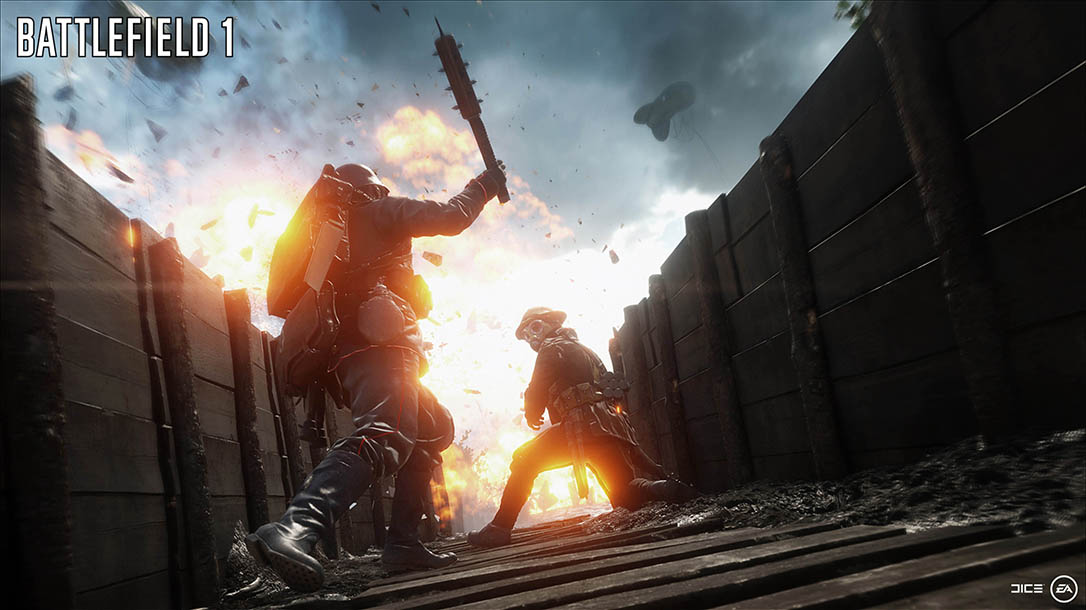 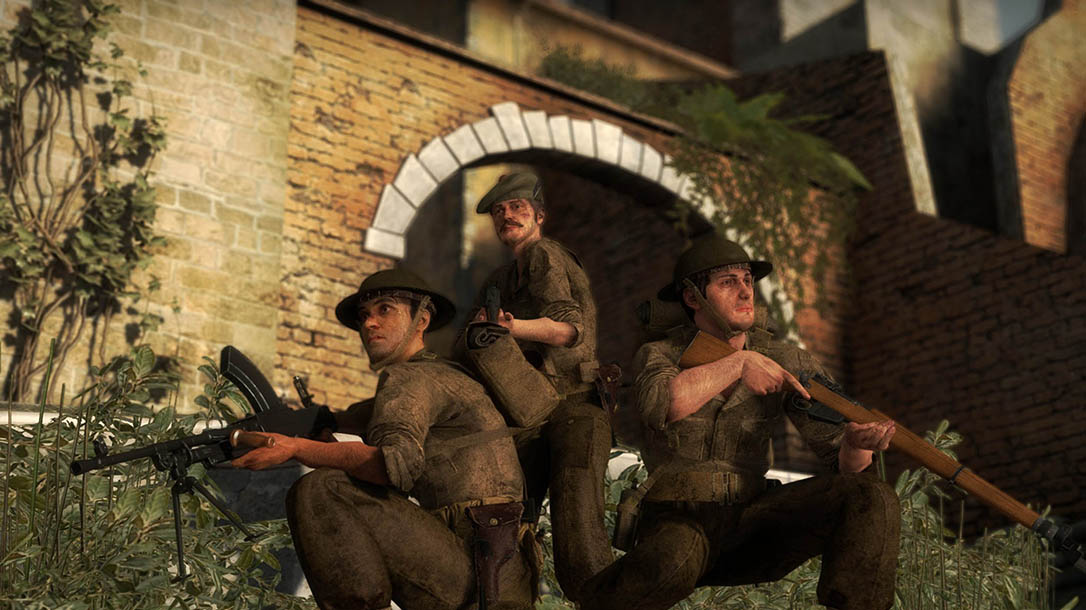 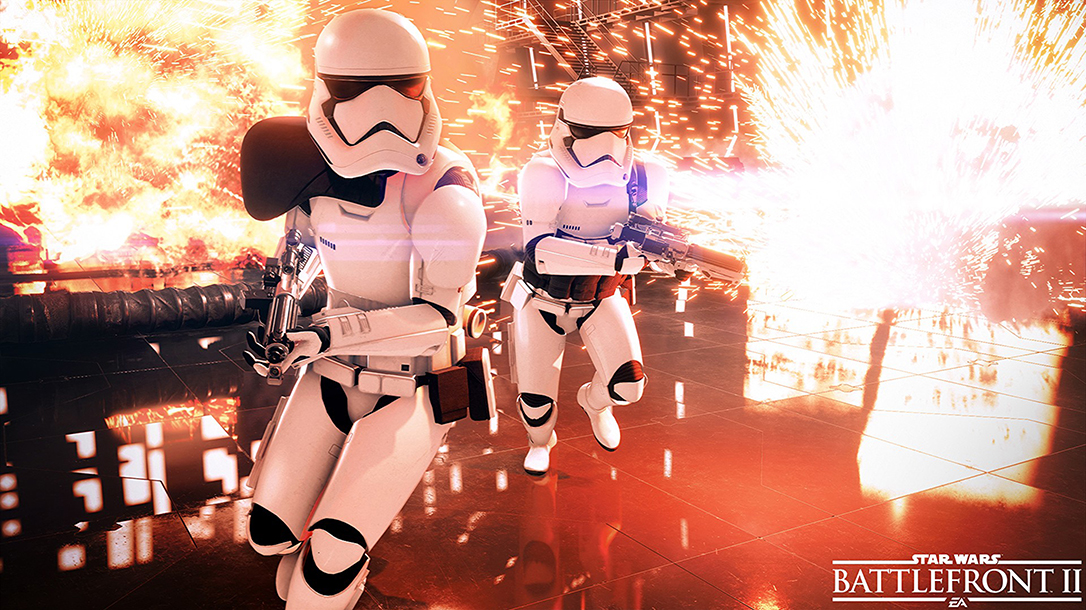 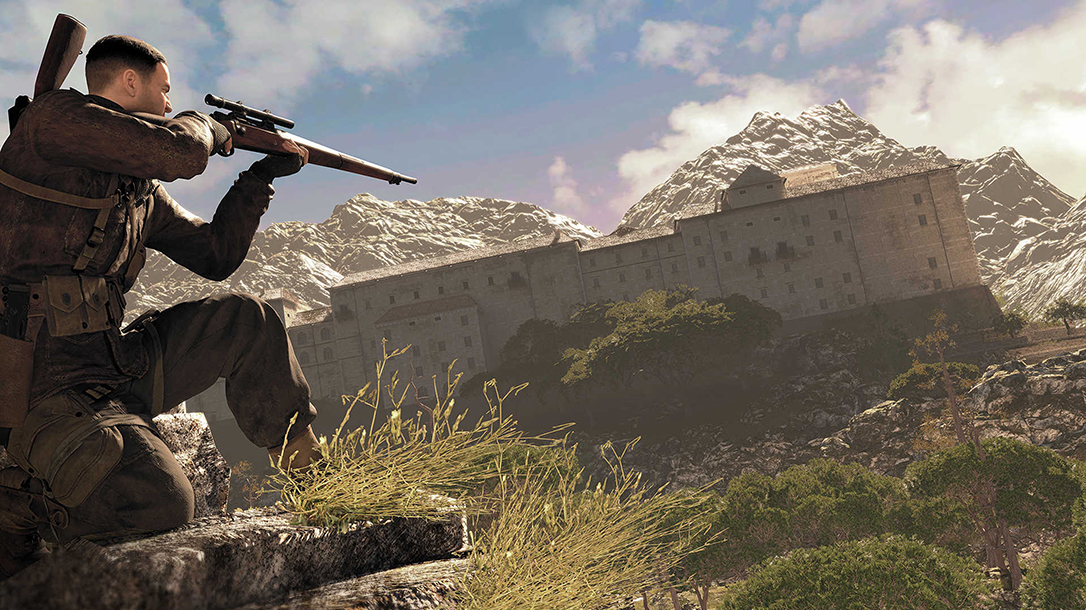 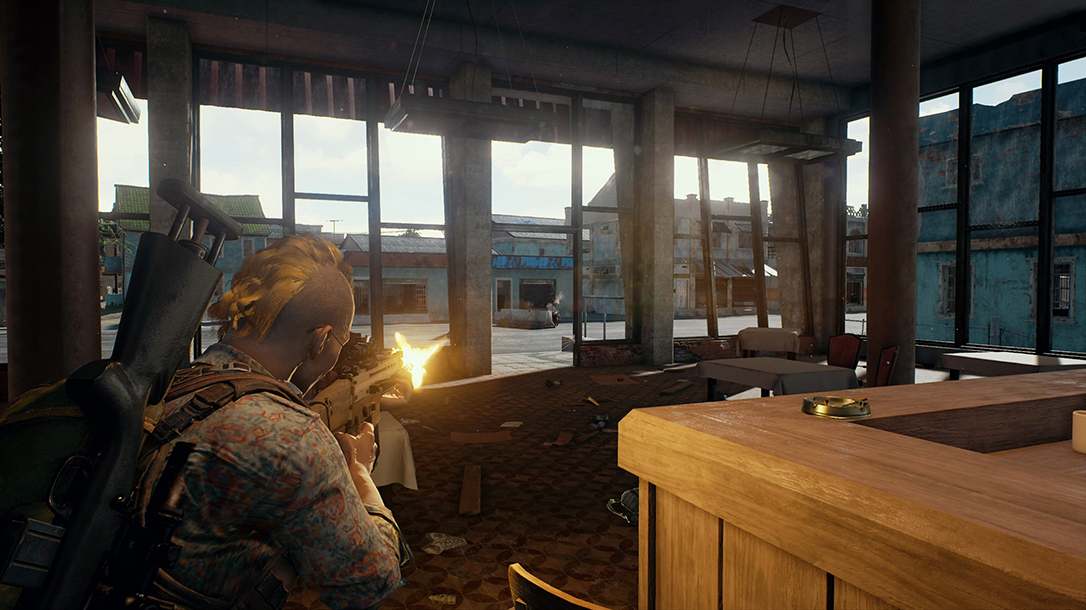 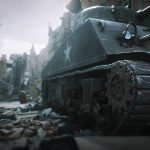 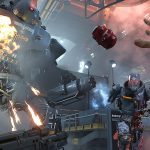 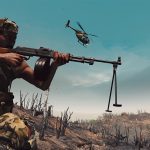 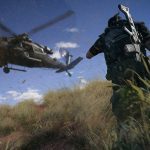 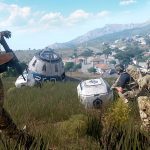 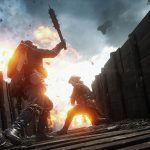 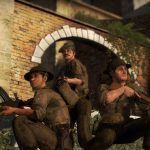 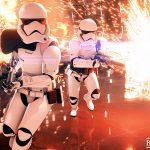 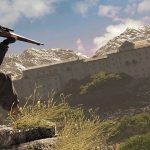 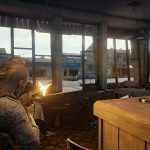 This year has been especially good for those who prefer to do their shooting from behind a keyboard or game controller, as a slew of “first-person shooter” video games have come out. From the beaches of Normandy to the jungles of Vietnam to a world where the Nazis won, there is easily something for everyone who likes to get their game on.

We have the best of the bunch in our sights, so lock and load – it’s time to play.

Scroll through the gallery above for a better look at the games, as well as the company behind them and available platforms for each. For even more information, read about the gameplay below.

After focusing on modern action in recent years, the best-selling shooter series goes back to the “Big One” this year and offers a far grittier take on World War II. This is most notable in that the single-player campaign doesn’t feature a health regeneration system, so taking enemy fire will be more deadly than ever. In addition, the multiplayer mode promises to be even more intense as players can create truly unique characters have unique skills based on their respective class. This might just be the greatest take on the exploits of “the Greatest Generation” hands down!

Throughout long running Wolfenstein franchise B.J. Blazkowicz has tried to stop the Nazis from winning World War II. Apparently his efforts were in vain, as this latest game is set in a very different 1961 where America is in ruins and dominated by the Nazis. Blazkowicz must arm up and lead the resistance in a game that simply put is over-the-top stupid fun. Anyone expecting a realistic take on combat should look elsewhere. But if you like kicking Nazi ass, sign up soldier.

This tactical multiplayer-only, first-person shooter offers a tour of duty in one of America’s most controversial wars – and as such presents the action in a serious and somewhat somber style. Large-scale teamwork is essential to victory, and the gaming community already takes this one seriously. The game’s missions are based on historic battles with actions in the jungles, as well as urban settings. Players can utilize era-specific weapons and even take control of various vehicles including light tanks, Jeeps and even helicopters. Three modes of gameplay ensure that the action is varied, but it is always intense.

The “Ghosts” – the fictional elite special operations unit – are back and ready for action. This time the game series utilizes an open world environment and can be played from a third-person perspective with optional first-person view for gun aiming. The game’s compelling campaign mode can be played solo or as part of a cooperative multiplayer mode with up to three others. In each the player(s) must stop the rise of a narco-state and defeat a powerful drug cartel. In addition, a competitive multiplayer mode released this fall that increases the action.

Snipers live by the mantra of “one shot, one kill.” Trying to run-and-gun in this one will only get you to “game over” in record time. This independently produced shooter proves you don’t need to be a major studio to make a perfect shot. The third-person tactical shooter requires stealth and cunning to achieve victory. The game’s single-player campaign is set in Italy during World War II. Special Operations Executive (SOE) sniper Karl Fairburne is again called into action to assassinate a Nazi general and stop a German mission that could turn the tide of war. Sniper Elite 4 also features cooperative multiplayer missions and competitive modes where stealth is still the key to victory.

This free-to-play multiplayer, first-person shooter offers five-on-five combat, where teams of mercenaries battle over the remnants of a crashed space station on the fictional island of Malden. There are three different competitive game modes that mix up the action, as well as a combat patrol co-op where all 10 players act as hired guns and must fight against AI opponents in a fully open-world setting. This one even offers a 3D scenario editor so players can create their own unique missions.

Last year’s best shooter, which depicted the horrors of trench combat during the First World War, is still going strong this year thanks to two expansions that added new French and Russian maps. Those maps include a pair of nighttime settings, as well as an arsenal full of new weapons and vehicles. With two more expansions in the works, we can expect this one to remain in heavy gaming rotation well into next year — which marks the 100th anniversary of the end of the “Great War.”

This online-only game for Valve’s Steam service began as a standalone modification (mod) for the New World Interactive’s Insurgency game. It proved so popular that the indie developer created a full-blown game. The World War II setting offers both Axis vs. Allies team-based matches with up to 16 players per team, as well as a 32-player showdown against AI-controlled opponents. Players can choose from nine classes including officer, rifleman, assault, support, engineer and sniper. Unlike other shooters, this one aims to be a bit more realistic with no HUD map or crosshairs. It is the action game for those who want a serious challenge from their shooters.

For those who prefer their shooting in a galaxy far, far away, look no further than Star Wars Battlefront II. The game features characters and locations from the original series, the “beloved” prequels and the recent sequels. This time around the game features a story-driving single-player campaign that gets straight into the action, as well as a multiplayer mode where players can live out their Star Wars fantasies as Luke Skywalker, Darth Vader, Boba Fett and more. Dare we say it, but the force is indeed strong with this one.

Beginning with minimal equipment, this “battle royale” action game combines elements of survival, exploration and scavenging and challenges the players to be the last one standing. The game debuted as part of Steam’s early access program in March — where players could take part as it was developed — and since then it has sold more than 18 million copies! The game’s popularity caught the attention of Microsoft Studios, which helped bring the game to the Xbox One platform. While most gamers desire to be the first, in this one it pays to be the last — at least the last to go the distance.

Snipers live by the mantra of “one shot, one kill.” Trying to run-and-gun in this one will only get you to “game over” in record time. This independently produced shooter proves you don’t need to be a major studio to make a perfect shot. The third-person tactical shooter requires stealth and cunning to achieve victory. The game’s single-player campaign is set in Italy during World War II. Special Operations Executive (SOE) sniper Karl Fairburne is again called into action to assassinate a Nazi general and stop a German mission that could turn the tide of war. Sniper Elite 4 also features cooperative multiplayer missions and competitive modes where stealth is still the key to victory. 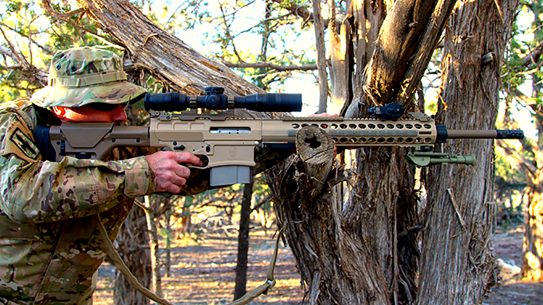 Hands On The DRD Tactical Kivaari in .300 Norma Magnum

DRD Tactical has upgraded its vaunted Kivaari rifle to the spec-ops-preferred .300 Norma Magnum.