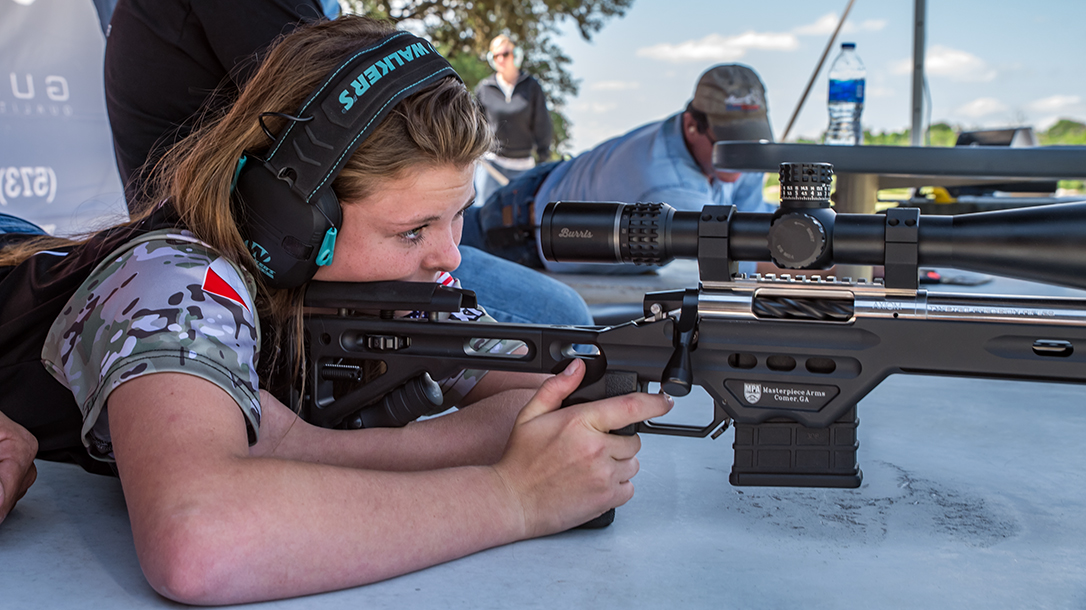 1 of 6
Shooting NALRSA in Texas 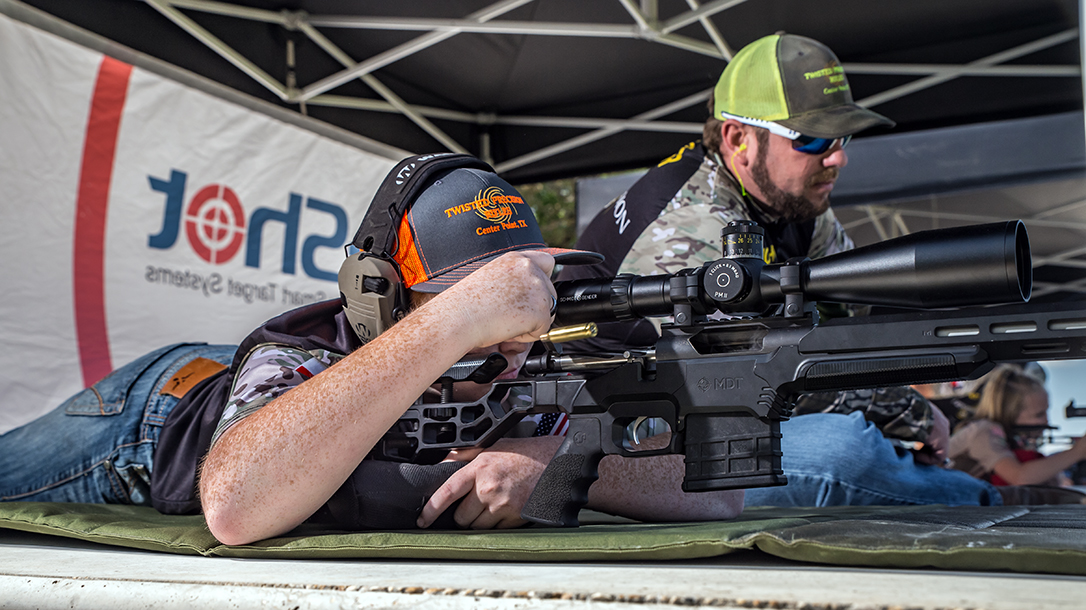 2 of 6
Brass Flying on the Clock 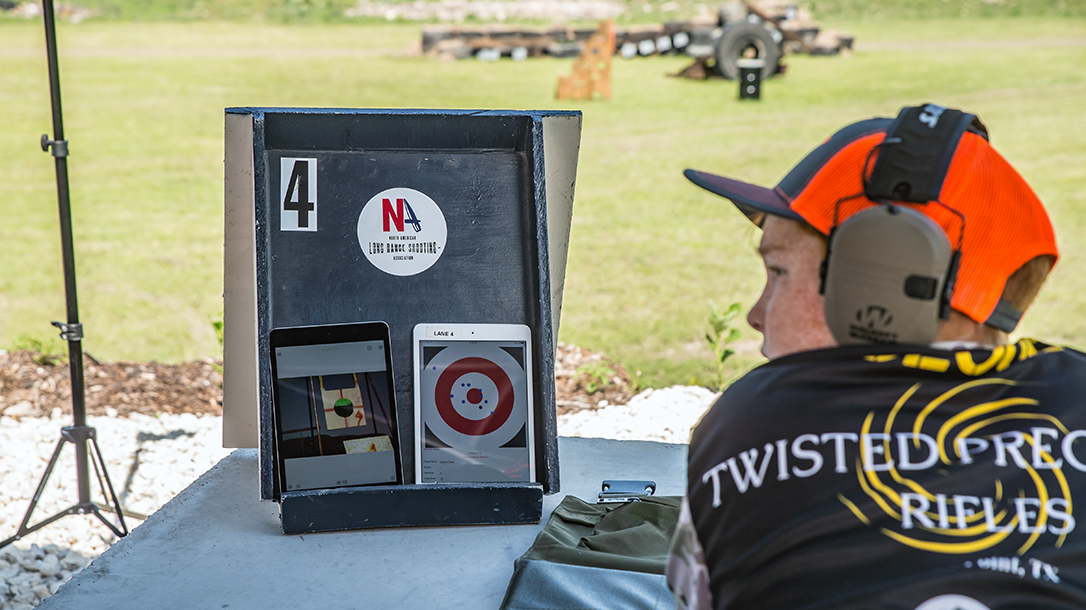 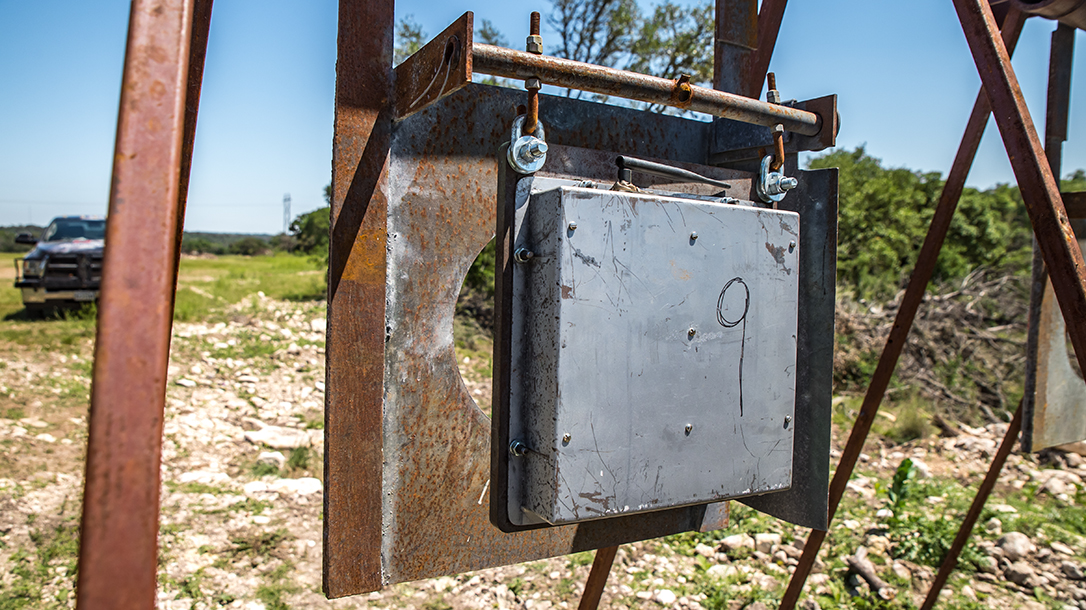 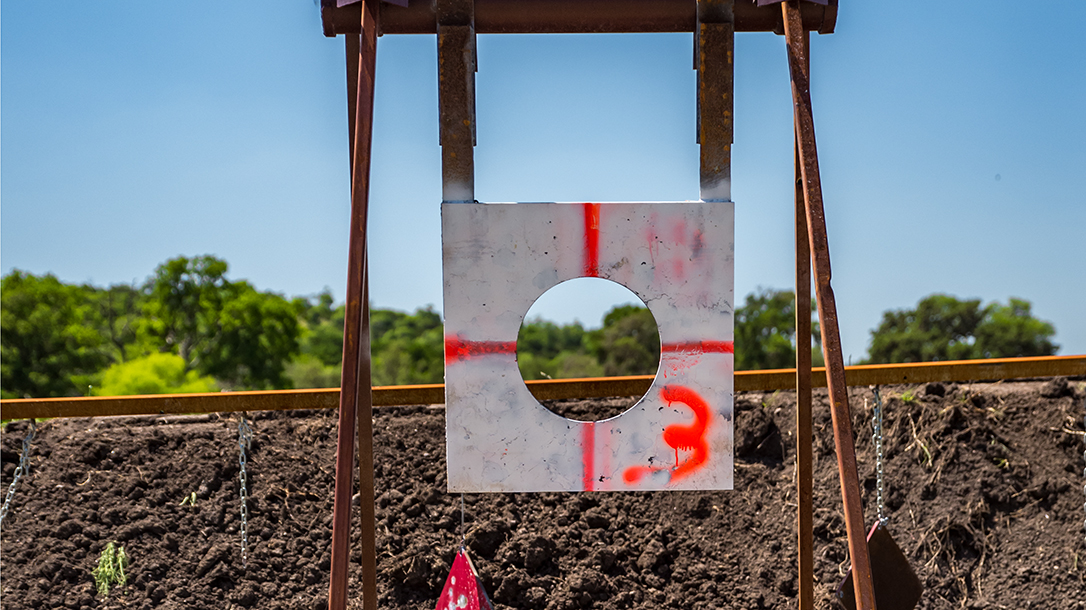 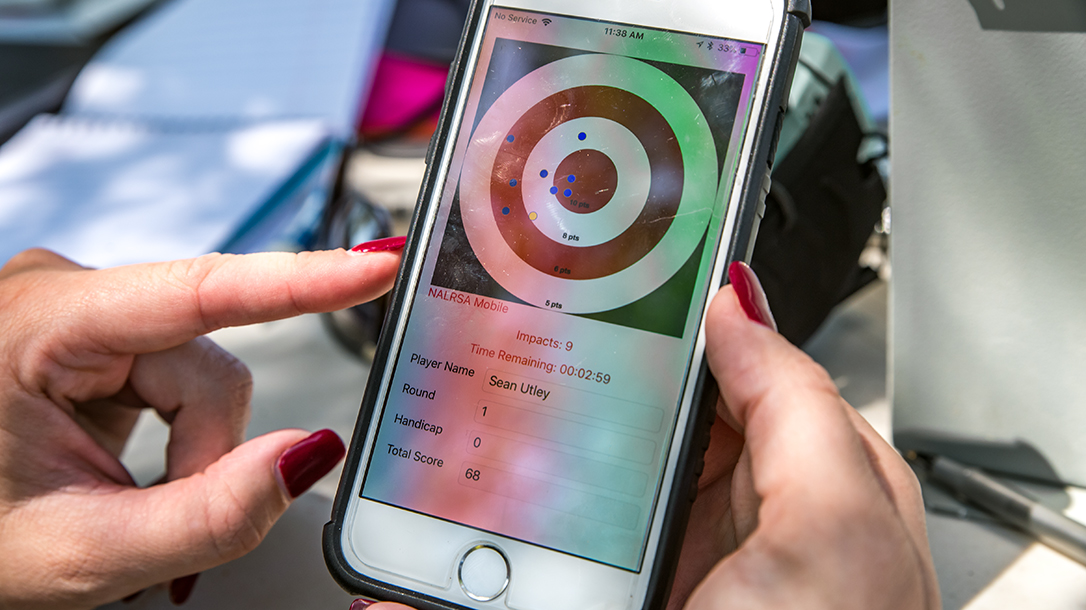 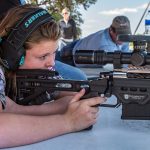 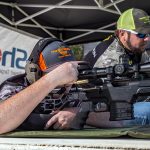 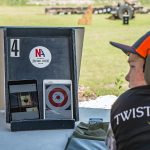 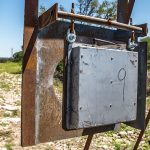 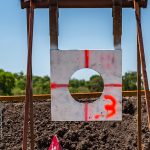 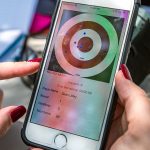 What happens when you combine team roping, bolt-action rifles, electronic scoring steel targets and lots of prize money into one package? You get one of the most technologically advanced, challenging, fun and rewarding long-range shooting competitions available today—the North American Long Range Shooting Association, or NALRSA. 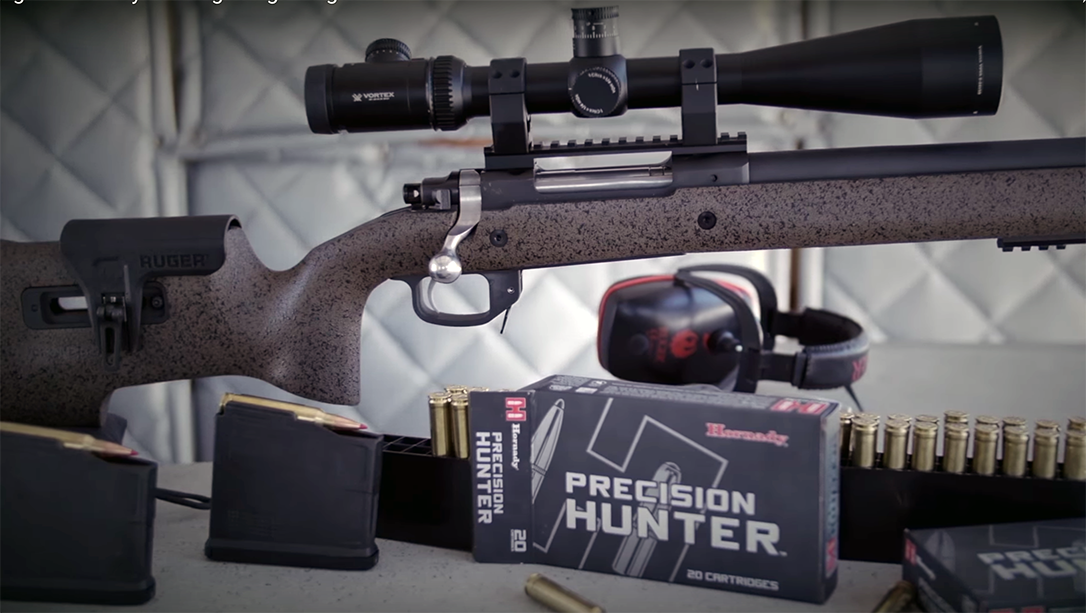 No, shooters aren’t expected to jump off galloping horses or wrestle steers into submission while shooting their rifles, although that could be fun. NALRSA uses team roping for its ranking and handicap classification system, something that the organization’s co-founder, Steele Montague, came up with. He’s a proud Texan, an avid long-range shooter and reloader, and a former team roper. As Montague put it, “We want to create the most friendly shooting environment that we can, from novice to professional—everybody has a fair shake.”

While it might sound a bit unbelievable, I assure you it’s not. In fact, Montague contacted the gentleman responsible for the team roping classification system and asked if he could use it for their rifle competitions. “I wanted to be sure that we wouldn’t run into problems,” Montague told me as we shuttled from Brady to Comfort, Texas, in a NALRSA-banner-wrapped Dodge dually. I was about to get my first taste of this new competition series.

Montague and his three original partners came up with the idea for NALRSA. They found themselves desiring more after shooting in rifle competitions that didn’t adequately reward shooters for their efforts. “There was a match we shot in, but it didn’t payout…Once we decided to mirror the team roping system, that was it.”

Obviously, such a significant financial reward is one of the most obvious factors that separates NALRSA from other precision shooting series out there, but there’s more. While other competitions are limited to shooters of a certain skill level or physical ability, the NALRSA is much more accessible. In the match I attended, for example, four of the competitors were children ranging from 10 to 12 years of age, and while most of us shot from prone positions, one competitor was able to use a shooting bench because of a prior injury.

NALRSA Matches: A Blend of Disciplines

Also, while F-Class and benchrest shooters poke holes in paper, and PRS and other series strive for impacts on steel, NALRSA matches combine these competitive elements but with a technological twist. Competitors face off against 14-by-15-inch steel plates with electronic sensors that precisely record impact locations. The sensors break this information down in real time and send the results wirelessly back to the shooter’s position. An iPad displays the target with scoring rings so the shooter can make adjustments on the fly to get better results. Of course, other competitors can see the impacts, too, via large viewing screens as well as their own personal smart devices through a downloadable app. That’s right, precision rifle shooting has entered the 21st century.

Another twist is that a 2-by-2-foot steel faceplate is placed 8 inches in front of the scoring plate. This faceplate has a 12-inch cutout in the center, exposing the sensor-equipped scoring plate. So, you have to shoot through a 12-inch hole to hit the scoring plate. The exposed target dimensions don’t change regardless of distance. Poorly aimed shots will obviously miss the target altogether while more accurate shots might impact the faceplate. While these impacts aren’t recorded, strategically located Target Cams allow you to see if you’ve impacted the faceplate to make the appropriate corrections. In short, the whole system is designed to help you see your misses at distance.

Every NALRSA match begins at 500 yards, and each shooter is allowed to fire 10 rounds in three minutes. Further, the goal is to shoot the best group possible. The scoring rings are broken down into a 10-, 8-, 6- and 5-point sections. The more points you rack up, the higher your ranking. If you get 80 points, your ranking is an 8. If you score a 65, your ranking is a 6.5. Scores are rounded up or down accordingly.

You maintain your rank until you place high enough in any event to receive a payout. There is one payout for every seven positions. If there are 21 competitors, the top 3 will receive payouts. If there are 50 competitors, the top seven will. So, if you hit a 7 ranking in your first NALRSA match and an 8.5 in your second, you can’t officially rank higher until you place high enough to receive a payout.

NALRSA Matches: What’s In It For Me?

How does this benefit lower-ranked shooters? There are different types of NALRSA matches or “formats” that limit the rankings of shooters who can compete. A Format 1 shoot is an open match for all shooters while a Format 2 is classified and may be limited to those ranked 7 and under, or 8 and higher. A Format 3 is a specialty shoot where the distances are extended and the payouts are particularly hefty. The grand prize for the Format 3 shoot in August of 2018 was a brand-new Dodge truck.

You must be an NALRSA member to compete, and there are two types of memberships. Silver memberships are $100 per year while the Platinum is $350 per year. “Silver may be good for the occasional competitor or tightwad,” Motague said. I couldn’t help but laugh out loud. “The Platinum allows you to pre-shoot each match in the location where it will take place, the day before.” 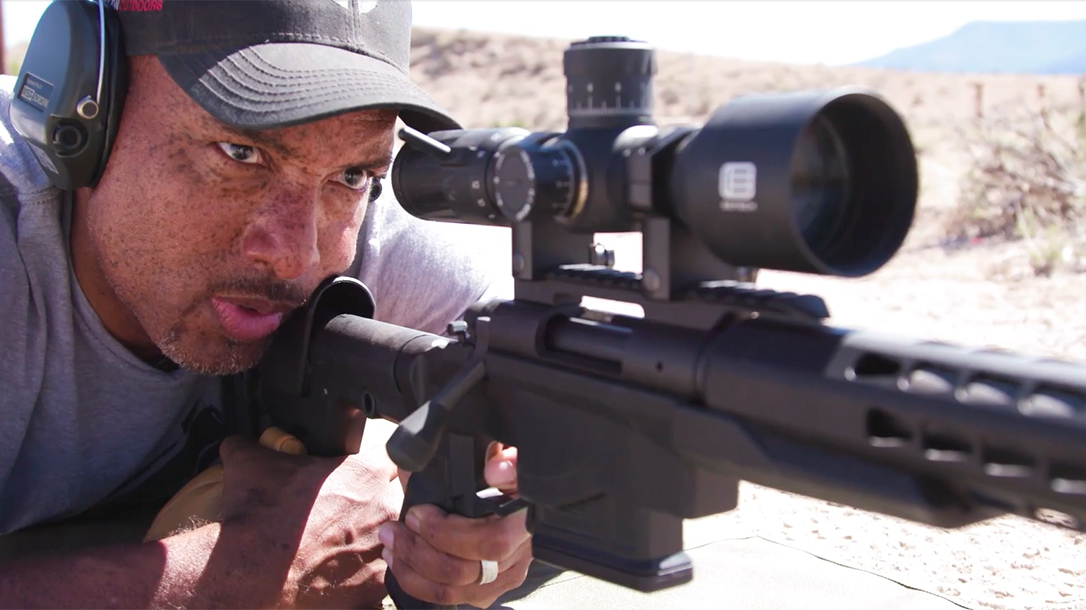 WATCH: All 6 Episodes of Our Long Range Precision Shooting Series for Free

It was exciting to participate in an NALRSA shoot, and even though this one didn’t payout, the competition was real with real bragging rights. The four junior competitors—two boys and two girls—weren’t planning on taking it easy on me, so the pressure was on. And yet I must admit that NALRSA has shooting comfort in mind. We laid prone on specially prepared concrete shooting stations that were covered by tents, allowing four competitors to shoot at one time.

Once I was called to the shooting station, I had one minute to prepare my equipment. A small traffic signal with red, yellow and green lights lets the shooter know when it’s time to start and stop. Once the minute expired, I sent the first round of my handloaded 6mm Creedmoor into the constantly shifting winds and hit the faceplate high, giving me a good idea of where to go from there. After that, my remaining nine rounds all found their way through the 12-inch circle, and I ultimately scored a 68, giving me a 7 ranking. Not bad for my first run. I finished with only 34 seconds remaining on the clock and was surprised by how quickly the time passed.

It took me a couple of stages to get used to having the iPads and such valuable information available at a glance. I didn’t want to move my head from the gun and realized I needed to set the iPad up better before I started my stage. Initially I was relying on my optic and the sound of the impacts on steel, but the electronic scoring was way ahead of me.

The second string of fire stretched to 700 yards, and I scored 57 points out of 100. Difficulty bucking the wind kept most of my shots in the 5- and 6-point rings, although my holds delivered excellent vertical consistency. I was feeling pretty good going into the final stage until I found out that 12-year-old Colton Mays was spanking everyone with his 6mm Creedmoor. This was going to be a hard lesson indeed.

The final stage took place at 1,000 yards—more than 300 yards short of the originally planned distance, thankfully. It’s these stages at extended distances that can allow competitors who are down in the pack to make significant comebacks, and that’s exactly what happened. Paul Reid, an incredible shooter, came back in the last round, landing seven of his 10 to score a 58. He racked up some $18,000 in NALRSA winnings last year. I managed 25 points before experiencing gun/ammo-related issues on my last two rounds. This forced a pause in my string of fire, and I wasn’t able to reconnect on the scoring rings after coming off the gun. All in all, I was happy with my performance. Colton Mays came in second place.

I had a lot of fun at the NALRSA match. Additionally, this series should attract anyone with a decent grasp of long-range shooting. Also, with a gun, an optic and 30 rounds of ammo, you can have the time of your life, and you’ll meet some of the nicest people and fellow shooters anywhere in the world. Finally, my welcome was warm, and the camaraderie was infectious.

If you’re like me, you’ll eventually grow tired of shooting the same old targets in the same old places, and you’ll want to experience more. If that’s the case, you may want to explore all of the competitive rifle shooting options available to find which is best for you. NALRSA matches use helpful technology, and the physical requirements aren’t a limitation to most shooters. It’s a good way to cut your teeth and grow as a precision shooter while possibly taking home some decent chunks of change and other cool prizes. 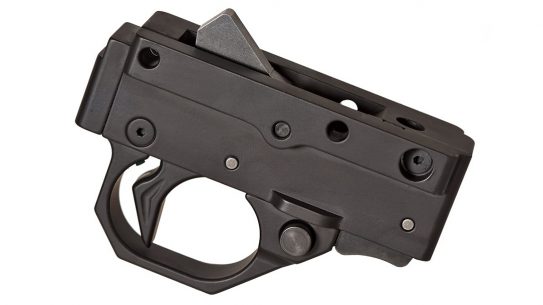