VIDEO: AR-15 Stovepipe Clearance, Getting it Right in One 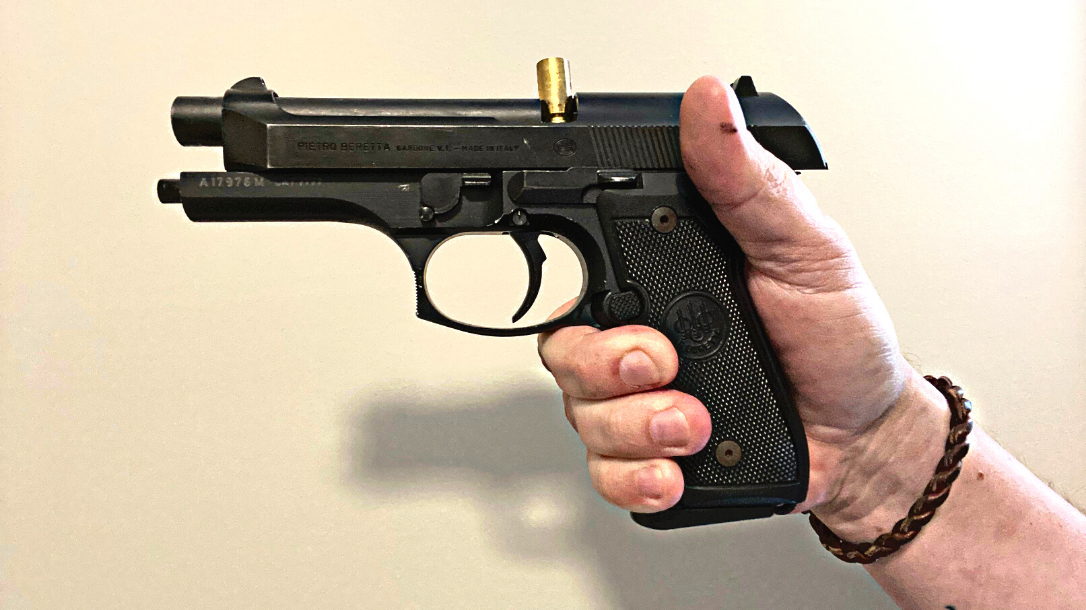 What is a Stovepipe?

A stovepipe is a particular failure of a semi-automatic firearm where the piece of fired brass doesn’t completely exit the chamber or slide. It’s been extracted from the chamber, but fails to fully eject from the gun, resulting in a “stovepipe” appearance. Performing a traditional AR-15 stovepipe clearance is the familiar “tap, rack, bang” process. After assessing that the rifle is experiencing a stovepipe, slap the magazine well, rack the charging handle, and fire.

What Ed discovered while training operators using short barreled M4 carbines equipped with suppressors changed his mind on clearing this failure. In training, stovepipes are usually simulated by placing a piece of empty brass over a completely empty or full chamber. The bolt goes forward, then the magazine goes in the gun. This manufactured stovepipe clears easily with the tap, rack, bang method. But what Ed noted was the empty brass would get fouled with the next round feeding into the chamber. If you tried to clear that real world stovepipe with tap, rang, bang it creates a double feed.

The new method developed by Ed is simple. When you assess that the gun has a stovepipe, remove the magazine and use the butt of the magazine to strip the brass clear of the gun. Magazine goes back in the gun, then charge it and attempt to fire again. Ed’s AR-15 clearance method has the benefit of working to clear real world stovepipes, and manufactured training failures. It’s fast, too. In the video Ed’s shot-to-shot times are around 3 seconds, which is faster than some people can reload.

Does tap, rack, bang still work as an AR-15 stovepipe clearance method? Absolutely. But it doesn’t work 100% of the time, and can induce a much worse malfunction (the dreaded double feed). Ed’s method is 100%, and won’t cause your gun to have an even worse failure. Take it to the range and try it out yourself!