by Will Dabbs, MD
in Training
0

Your heart jumps at the words on your phone. Your 22-year-old daughter volunteers at an inner-city mission church. The surrounding neighborhood has suddenly been transformed into a war zone by protesters ignited by another police shooting and accelerated by politicians bearing agendas. She is safe in the church for now along with the pastor’s family, but there is a burning police car on the street outside. Rioters are looting nearby businesses and starting fires. The cops have been ordered to stand down so as not to further aggravate the violence.

You live in the suburbs 45 minutes away. Forty-six minutes later, you pull your SUV into an abandoned parking lot a block away from the repurposed church. You point your Sig Sauer P516 pistol at the floor and rack a round into the chamber. Snapping the bulky handgun into your DeSantis carry rig, you slip out of the vehicle and into the darkness. The nearby flames cast grotesque shadows across the derelict cityscape. You can hear rhythmic chanting in the distance—something about killing police officers.

You are wearing soft body armor and a long coat along with a nondescript baseball cap. The gun hangs underneath your right armpit. In the dim light, you look unremarkable and non-threatening. Some of the rioters will invariably be armed. However, their weapons will be handguns loaded with cheap ammunition. Your vest should be proof against most of that should life really go sideways.

You keep to the shadows and reach the church without being seen. The windows and front door have already been shattered. You knock quickly on the locked back door.

An hour later, the pastor and his wife are laying out sleeping bags in your guest bedroom for their children. You hold your daughter close and try not to shake. Her hair smells of smoke. The gear is safely stowed, and you start thinking about something to eat. 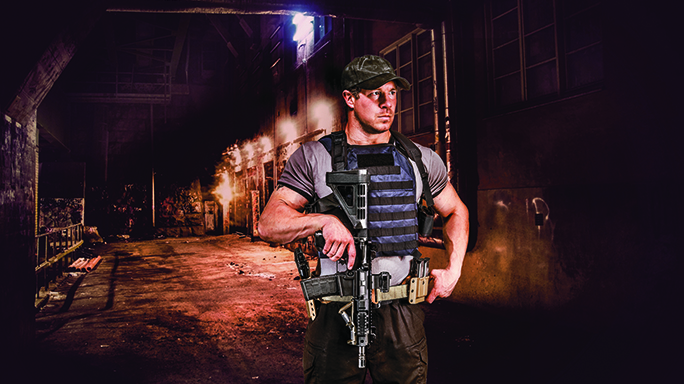 A decade ago, the preceding fiction would have been the worst sort of vapid paranoid tripe. However, much has changed about America over the last two presidential terms. There have been 25 riots and race-driven mass shootings in the United States since 2010. Ferguson, Missouri, has a population of just over 20,000 souls. Baltimore, Maryland, has approximately 621,000. So it really could happen just about anywhere.

Barack Obama was the most effective gun salesman in American history. Americans who never would have otherwise considered touching a black rifle began buying them. Fortunes were made in the business. As a nation, we got a whole lot pricklier.

To put things in perspective, there are around half a million soldiers in the U.S. Army. There are currently between 20 and 30 million AR-platform rifles in the hands of American civilians. The typical new black gun owner down here in the Deep South bought a low-end AR-15 from a reputable company along with a couple hundred rounds of ball ammunition and a handful of 30-round magazines. They tricked it out with some forearm bling and topped it off with a little tactical glass. They shot the rifle maybe three or four times before cleaning it and stowing it in a safe. They admit in weak moments that they didn’t actually need the gun. They just didn’t like being told by their government that they shouldn’t have it. Politicians shouldn’t be surprised. This is what built the country in the first place.

This same story has been repeated literally millions of times across our great republic in recent years. While manufacturing plants around my own small Southern town that produced bulldozer parts and kitchen stoves have closed and left thousands of people out of work, our local ammunition plant chugs along 24 hours a day, six days a week. It produces several millions of rounds per day, yet it remains hopelessly behind demand.

According to FBI NICS data, Americans purchased nearly 20 million new firearms in 2015. That’s about 55,000 for every single day of the year. In a time when the cops are sometimes unable to intervene, we American individualists are choosing to take responsibility for our own security in a world gone floridly nuts.

It’s a weird world that gets weirder daily, and I see no indicators of it getting better any time soon. Sadly, nowadays the black rifle that sits tucked away in your gun safe might just come in handy. In times such as these, a bit of reasoned preparation is in order.

Short rifle-caliber carbines have all but displaced pistol-caliber submachine guns in American police armories. The size and weight constraints are about the same, but the 5.56mm NATO round, even through a short tube, typically offers better downrange performance. For the American gun nerd looking for a serious practical close-quarters defensive weapon, there are plenty of options.

The simplest solution is a 5.56mm AR pistol equipped with an SB Tactical pistol stabilizing brace. Lots of folks make the guns, but Sig makes one of the best. My little P516 pistol runs all of the standard AR accessories and sports a piston-driven action as well as a 7.5-inch barrel. There are cheaper options, but Sig makes an undeniably great gun, and mine runs flawlessly.

Like what you’re reading? Check out the rest of this article in ‘Ballistic’ Spring 2017. For information on how to subscribe, visit outdoorgroupstore.com