If you’re interested in learning or improving your tactical shooting skills, there is no shortage of instructors and schools offering courses. Taking a good class from a reputable instructor will fast-track your ability, but it’s only an aid. You still have to do the work. Just as a book must be read and can’t convey knowledge via osmosis by mere possession, to truly absorb a course’s skills, you must actively participate before, during and after the class.

The value of a good instructor is to present concise, useful information in an organized manner. He or she then observes your performance, giving assistance and unbiased assessments. A technique flaw that might plague an untrained novice for months or years and remain undetected by his equally novice shooting buddies might be identified and addressed by a knowledgeable instructor on the first day of class. No matter how good the instructor, the student must ultimately teach himself a given task. A teacher can only provide guidance and reduce the learning curve.

In preparing to go, review all course welcome materials, follow the instructions and pack everything on the list. Any experienced instructor will have worked with dozens or hundreds of others. Specific equipment and ammunition listings are there for a good reason. 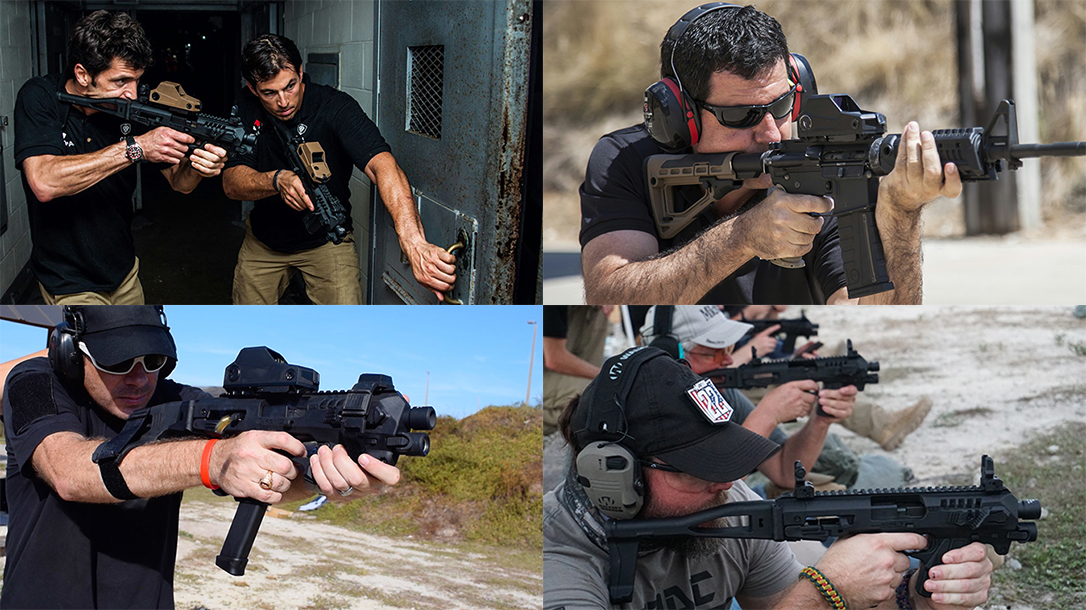 Whether listed or not, prep yourself. Most shooting courses will have long range days extending well into the evening for scheduled night shoots. You’ll likely be jumping into and out of shooting positions and contorting around cover. If you aren’t exercising regularly now, start doing so well before the class begins. Starting a month out is not too soon. Take at least as much time as you would to prepare for a scored physical fitness test. Course instructors won’t likely test how many pull-ups you can do, but being under-conditioned and sore every day isn’t conducive to learning physical skills.

Even though shooting fundamentals will likely be taught at the school, I recommend working ball and dummy drills as practice before you go. Curing (or reducing) a flinch will let you focus on the skills being taught instead of being scared of your own gun and fighting it. Tactical pistol classes with Travis Haley and Chris Costa, for example, start out with ball and dummy drills and group shooting on 8-inch targets at 25 yards (or 3-inch targets at 10 yards).

Fundamentals apply everywhere, and this can be worked on your own, unless you need to spend $2,000 and travel 1,500 miles for an instructor to stick a dummy round in your magazine and spoon-feed observations like “Yep, you’re flinching” to you. Think of the course as an opportunity to work on skills and shoot in environments you wouldn’t normally do on your own. Every gun owner can easily work on group shooting at their home range, but not many have a shoot tower, 360-degree range, shoothouse, etc.

While in class, you’re there to absorb what’s being taught. It’s their way or the highway regardless if you learned a different way to do something beforehand. You paid to take this class, so take it! This doesn’t mean you shouldn’t question something and blindly follow everything put out forever after. Learn the instructor’s approach and ask questions until you feel you fully understand their rationale. Perform the techniques exactly as dictated. If still not convinced, consider discarding the techniques after the class, but use it while you’re there. If you can’t trust the teacher’s methods for the duration of the class, don’t take that course.

The real learning will take place after the tactical shooting course is complete. In “How to Become a More Effective Learner,” educational psychologist Kendra Cherry notes, “It is important to keep practicing in order to maintain the gains you have achieved. This ‘use-it-or-lose-it’ phenomenon involves a brain process known as ‘pruning.’ Certain pathways in the brain are maintained, while other are eliminated. If you want the new information you just learned to stay put, keep practicing and rehearsing it.”

In “Human Performance,” Paul Fitts, a past president of the Human Factors and Ergonomics Society, defined a widely used model of skill acquisition consisting of several stages: the Cognitive phase, where a new student comes to understand what an observed skill is composed of; the Associative phase, where individuals repeatedly practice the skill until the actions become learned while ineffective actions are dropped; and the Autonomous (or procedural) phase, where skill acquisition becomes more perfected and less conscious thought is required because the skill has become automated.

The ideal learning approach would introduce a skill or idea (Cognitive phase) with the student practicing it frequently over time (Associative phase) until well learned (Autonomous phase) before learning something new. Music tutors often schedule short weekly lessons with students practicing on their own between sessions. Most tactical classes are forced to “fire hose” ideas, rushing through the Cognitive phase with a brief introduction in the Associative phase of a given skill before moving on. 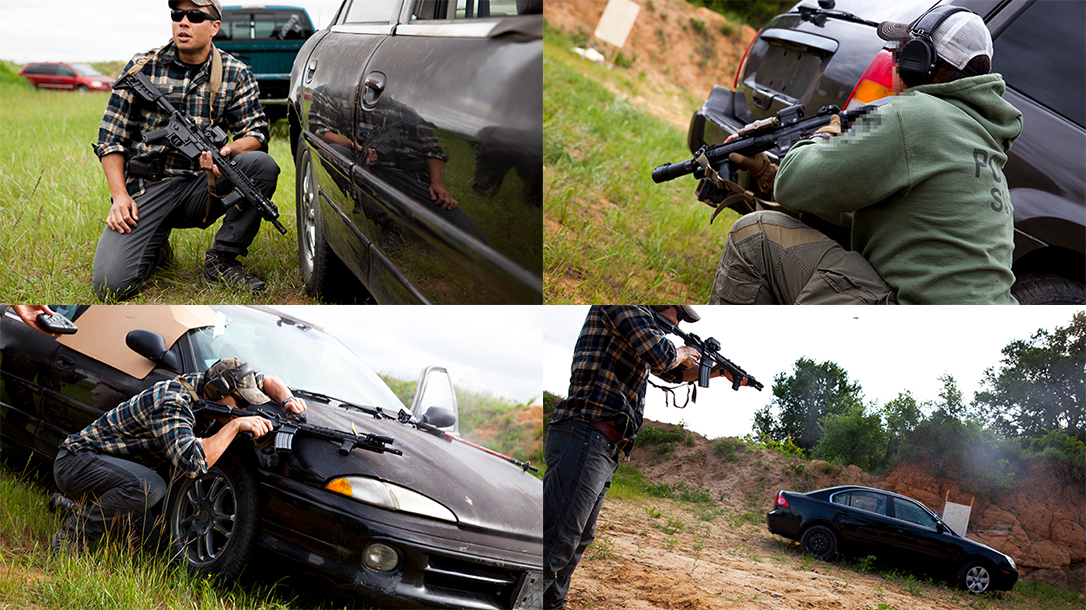 The best takeaway lesson you’ll get is an accurate measure of drills to perform. Good instructors will have some approach describing how you should practice what you learned. This isn’t some nebulous “You should practice this,” but an actual set of drills with targets and performance standards to train the skills on. If these aren’t handed to you, spend some time while at the school measuring the targets and pacing the distances you shoot from so you can recreate a standard to work on back home. Not having a numerical assessment means you aren’t measuring your skills and do not understand what you’re learning or if you’re improving.

Plan to spend as much training time at home after the tactical shooting course as you did in the class. For example, upon returning home, you should put in three 10-minute dry practice sessions each week and a two-hour live-fire session every other weekend to work through the Cognitive and Autonomous learning phases of the skills. Assuming a six- to eight-hour training day, it will take a month for each day the course lasted. Yes, I’m suggesting after spending five days at Tiger Valley, Gunsite or Thunder Ranch, you should run through the exercises you learned there for a half-year after. If that sounds excessive, consider that tuition costs $200 to $500 per day of training for a good course anywhere—not counting travel, lodging, food, ammo and missed time from work. A good class puts you down the right path, but it’s up to you to follow it.