The 10 Best Scotch Bottles to Drink Before You Die

Life is too short to drink cheap scotch.

This is a motto that has served me well over the years and led to a deeper appreciation for “uisge beatha,” or the “water of life.” Few drinks carry the romance of scotch, and it has been a staple of refined adulthood for more than 500 years. Yet even with such an extensive history, many people are still a bit foggy on what is what in the scotch world. Their experiences have been mixed, with some falling in love with the golden necter and some questioning its right to exist. If your first experience with scotch required you to punch a hole in the wall to make it go down, then gather ’round for a little guidance.

In short, scotch is malted barley that has been fermented and distilled twice. After that, it is put to rest in oak barrels to begin the aging process—oak barrels that are commonly seasoned by American whiskey makers. In fact, the well-known scotch distiller Glenmorangie has a deal with American icon Jack Daniel’s to use its old whiskey barrels. Jack Daniel’s harvests the oak from the Mark Twain National Forest and uses it to make barrels to age its products. After 50 years, the barrels will go to Glenmorangie to age its scotch. Deals like this show just how stable and profitable the world of whisky is.

And this is the perfect time to answer the question that is probably rattling around inside your head right now. What the heck is the difference between whiskey made here in the U.S. and that made in Scotland? I’m glad you asked! While the obvious difference is geographic, they are made from different ingredients as well. Scotch is made mostly from malted barley while bourbon is distilled from corn. There is also a spelling difference. The amber produced in Scotland is spelled “whisky” while its American cousin, such as bourbon, adds an “e” to the mix and is spelled “whiskey.” Yes, it matters.

The next task is to understand what we are buying because they are not all the same. While we can break them down into five different categories for the scotch nerds in the crowd, I will limit this discussion to two major arenas: single malts and blends.

Single malts are the epicenter of all things wonderful in life. This whisky stands alone and has specific rules surrounding its labeling. A single-malt scotch must be distilled in Scotland and matured in oak casks for at least three years.

Next comes blended whisky. This is the biggest category of scotch, and it is composed of both malted and grain whisky. A common name in this category is Johnnie Walker.

As you can see, scotch, like so many good things in life, has variety. Much of the variations in scotch are driven by where they are made. We can break these up into four regions that have their own special characteristics. First is Highland scotch. My favorite region, this area produces an elixir that can be described as warm and smooth. Right next door is the Speyside region, which is known for scotch that has a fruitier or even vanilla flavor. Then we continue south to find the Lowland scotch. This is a lighter scotch in both color and flavor. Many people gravitate towards this region to cut their teeth in the scotch world. Lastly, we head off the coast to the islands. These locations provide an environment for creating a scotch that has a strong, peaty flavor.

Got all that? It’s not as hard as it may sound to choose a good scotch. As I mentioned, if you are new to the scotch world, then go slow, take your time and taste what is out there. Bottles range from $30 to $30,000, so you will want to know what you are getting before you buy. Many excellent adult beverage distributors, as well as local clubs, offer scotch tastings. A trip to your local Scottish festival is also certain to put you within a caper’s toss of the chance to taste a variety of brands.

What good would an article on scotch be if I did not at least give you some specific guidance and suggestions? One thing I have to include in this indulgence is the specific age or version of the scotch I suggest. As a general rule, the longer the scotch ages, the better it gets. However, you must know that if the bottle says 25 years old on it, keeping it for an additional 25 does not make it a 50-year-old scotch. The aging process officially ends when it hits the bottle. In the end, the cliché is true—I prefer to drink Scotch that is at least old enough to vote. In the gallery above, I break down my top 10 best scotch bottles and give a little backstory to each of them.

OK, as a lover of scotch, I would be remiss if I did not provide fair warning on what to stay away from in this ever-growing world of amber gold. First of all, just accept the fact that if you buy scotch in a plastic bottle from your local mega-mart, your friends should have an intervention and relieve you of financial responsibilities.

A few specific brands exist that I would avoid. McCormick is a constant in the younger crowd because of its price. However, while the price will be low, the toll on your dignity and soul will be high. There is also the toll on your head when you wake up the next morning. Next up on the list is J&B, and while the label says “rare,” there is nothing rare about it. This is highlighted by J&B billing itself as “The World’s Party Whisky.” Just don’t.

Last up in this danger zone section is Pipers Clan. The price on this elixir is less than $10 for a reason. Just go ahead and punch yourself in the face instead of pouring this in a glass and trying to be suave while you drink it. You will prefer the punch. 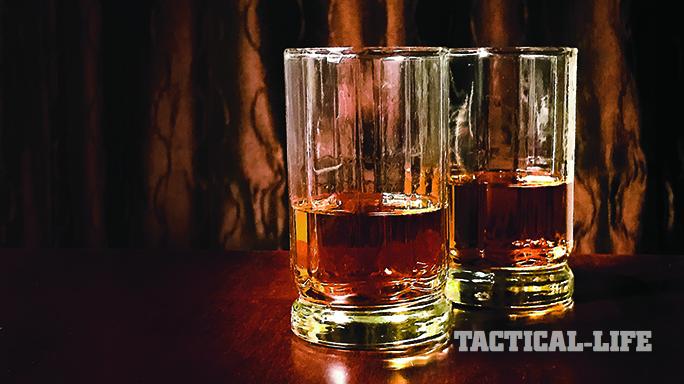 History in a Glass

As hipsters grow their urban lumberjack beards, they have skateboarded towards my sanctuary of refined adulthood. Along with them, however, are legions of serious people who want to learn more about the enigmatic drink that is scotch. You are embarking on an enjoyable and enlightening journey into a lifestyle reserved for those of intellect and patience.

Scotch is not a rookie drink, nor should it ever be. It is for those who are willing to consider what they are drinking with the intent of making the drink itself the center of an enjoyable event. As the famous Scottish historian David Daiches said, “The proper drinking of scotch whisky is more than indulgence—it is a toast to civilization, a tribute to the continuity of culture, a manifesto of man’s determination to use the resources of nature to refresh mind and body and enjoy to the fullest the senses with which he has been endowed.” Enjoy it.

For more information on the bottles of scotch listed in the gallery above, please visit the following sites.

This article was originally published in ‘Ballistic’ Spring 2017. For information on how to subscribe, visit outdoorgroupstore.com.