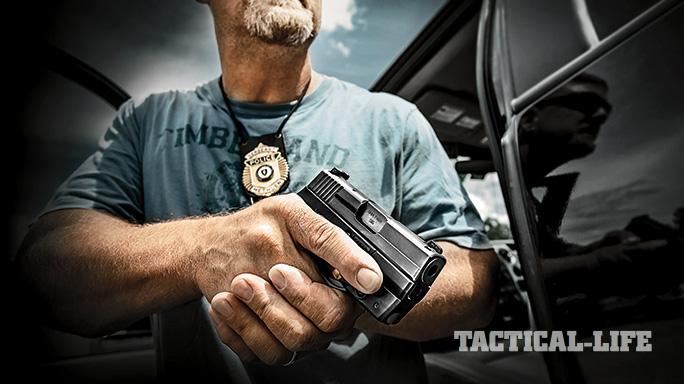 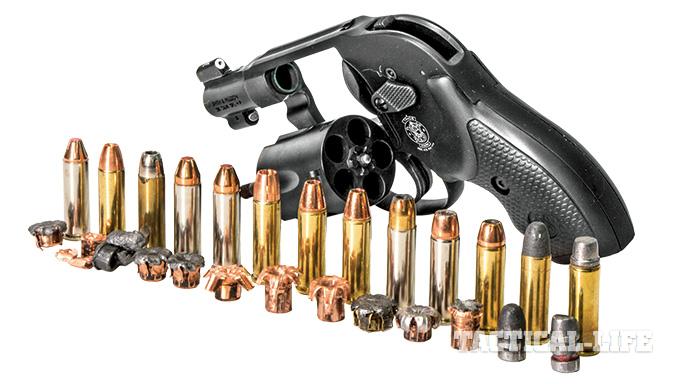 2 of 2
4 Important LEO Tips For Backup Gun Carry
Modern .38 Special ammo has greatly increased the performance capability of snub-nose revolvers like those from S&W. 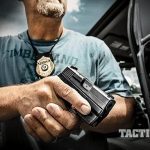 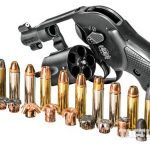 I was alone at the station processing a drunk driver and following policy; my duty gun was locked up.

As is all too common in small police departments, I was working a midnight skeleton shift. The “shots fired” call came in, and with all the other officers tied up, I tossed my drunk in the holding cell and jumped in my cruiser. On scene, it was determined that the gunshots had been fireworks. As I was returning to my patrol car, a kid asked me, “Officer, where’s your gun?”

Immediately I realized I’d hurried out of the station and left my Glock 22 in the lock box. I was embarrassed but mostly scared; I’d responded to a gun call without a gun and without backup. Before I’d closed the door on the patrol car I promised myself that would never happen again. Understandably, cops can’t always respond to calls with backup. Many officers work in rural locations where backup, if available at all, can be 30 or more minutes away. But officers can and should always have a backup gun on their person. I needed one in a bad way that night and felt very vulnerable without it.

I immediately ordered an ankle holster for a handgun I had purchased for my wife, a Smith & Wesson Model 432 chambered for the .32 H&R Mag. The cartridge was not approved for backup carry, but I was more concerned with my safety than regulations. For a month or so I carried that little J-Frame, and it made me feel better. But during one particularly slow evening, it hit me that there was a better answer.

I imagined being in a similar situation as before, answering a call without my duty weapon. If things went bad, I’d only have six shots in my J-Frame to sort out the problem. I realized that if my backup gun was a G27—the subcompact .40 caliber Glock—it could use the same magazines I carried for my Glock 22. I placed an order and carried the baby Glock on my ankle for the remainder of my time with that department. When it comes to making backup gun decisions, there are four primary questions you must ask yourself.

For some officers, likely the same ones who never wear their soft body armor, this question is not hard to answer. They’ve never been shot at so they don’t wear their vest, and they’ve never needed a backup gun so they don’t carry one. This reactive approach is what has been getting police officers killed since the first badge was pinned on.

Have you ever wondered why it seems like the bad guys shoot better than the cops?

When a bad guy decides to shoot a police officer, he’s not being reactive—he’s being proactive. Cops very often start shooting when they get shot at; they are reacting to an intense, mind-numbing surprise. When it comes to the backup gun—or “BUG” as some like to call it—being proactive is the correct course of action. Get one before you need it.

2. Where will I carry my backup gun?

There are three practical options: ankle, torso or waistline. Ankle holsters are old school but still work. However, most officers working patrol will find ankle holsters work best when worn over boots. Few of us have ankles big enough to support a serious backup gun.

Torso carry has become common due to a variety of accessories that can be attached to or worn in conjunction with soft body armor. Torso carry also has the advantage of making the backup gun more accessible; it’s hard to imagine a position you can be put in where you cannot access a backup gun carried somewhere on your torso.

The same goes for waistline or even pocket carry. I know officers who utilize a pocket holster either in a front or rear pocket. This is not a bad option, but you may find it uncomfortable, particularly if you have to sit on it. Gunsite instructor Charlie McNeese worked for the Arizona Department of Public Safety for 33 years and prefers to carry his backup gun tucked inside his front waistband.

3. What kind of backup will I carry?

Dave Starin, a retired SWAT officer and the director of training at Gunsite, believes reliability is a primary concern. Like me, he also likes the idea of magazine interchangeability with duty handguns. Starin told me that during his career he saw a lot of cheap handguns being used as backup guns. This defies all logic. A backup gun is a lifesaving tool—this isn’t the place to skimp on quality. McNeese suggested the backup gun should have a similar operating system as the duty gun. This makes sense; if you have to transition to a backup, it should not require a different manual of arms for operation. He also suggested not betting your life on anything smaller than a 9mm or .38 Special.

A backup gun needs to be small, but that does not mean it has to be underpowered. There’s a good selection of compact .38 Special/.357 Mag revolvers like the S&W M&P340 or Ruger LCR. Both weigh less than a pound. If you prefer a pistol, the Ruger LC9 holds eight rounds of 9mm and weighs only 17 ounces. The Sig Sauer P938 is a high-quality, single-action 9mm that weighs an ounce less than the Ruger but holds one less round. Sig’s P290 and Remington’s new R51 are heavier at 20 ounces but still compact. The R51 has the advantage of being rated for +P ammo. And, of course, for those carrying a Glock as a duty gun, there’s a compact version that can use the same magazines.

4. How will I train with my backup gun?

McNeese, Starin and I were in complete agreement on this question: Train as frequently as you train with your duty handgun. Yes, you want to practice hitting the target with your backup gun, but you also want to practice accessing and presenting it. Regardless of where you carry it, it will not be as accessible as your duty gun, and this necessitates additional rehearsal.

What about proficiency? There are countless drills that can be used to establish your competence. McNeese suggested the completion of a failure drill—two in the body and one to the head—without misses, at 7 yards, in about three seconds would mean you were well versed in
the use of a backup gun. But this applies if and only if you can complete that drill by drawing the backup gun from where you’ll be carrying it
when you’re working.

Remember, if you have to rely on a backup gun, you’ll very likely be reacting, and that’s not the time to be taking your time! When it comes to backup guns, be proactive. Find one, train with it and start carrying it before you realize how badly you might need one. If you plan on getting one tomorrow, you may already be too late. 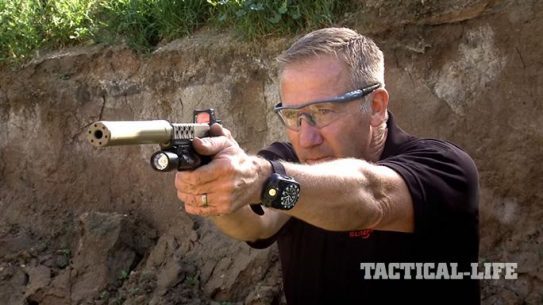 After years of development, SureFire's all new SF Ryder 9 Ti suppressor is ready...