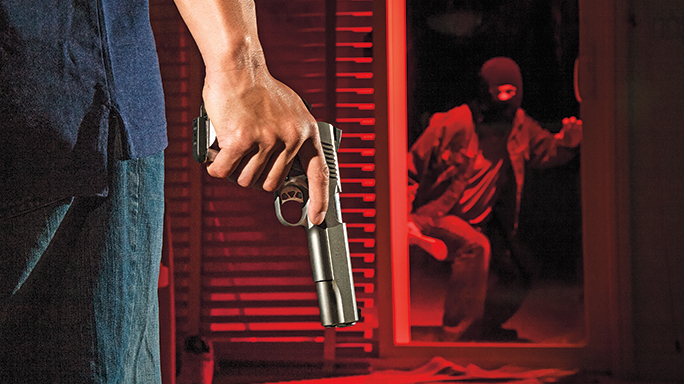 1 of 2
Photo by Alfredo Rico Photo
7 Real-Life Cases of LEOs Being Attacked at Home
Police officers make more enemies than most folks, and their homes are by no means immune to invasion. Always keep your guard up. 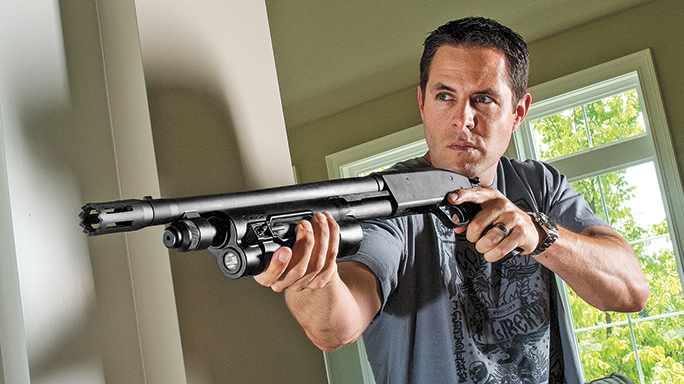 2 of 2
Photo by Sean Utley photo
7 Real-Life Cases of LEOs Being Attacked at Home
You don’t have to carry a home-defense gun constantly, so consider a household defense weapon of significant power. 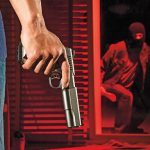 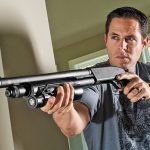 In the police academy, the assumption is that the officer will usually be the rescuer responding to the home of one of the citizens he or she is sworn to protect. All LEOs need to remember that sometimes the officer is the intended victim while off duty, and yes, it can happen at home.

Let’s examine some cases that highlight this danger. Case One took place in Port Arthur, Texas, on Sept. 12, 2015. According to Channel 12 News, “An investigation is underway into a shooting at the home of a Port Arthur police officer. According to the Port Arthur Police Department, at approximately 12:30 a.m. Thursday, Officer Ahmall Bodden was at his home … with his family when he heard glass breaking at the front of his home.”

Officer Bodden’s wife gathered their children and bunkered up while calling 9-1-1, and Bodden himself went to an interdiction position. When he discovered the intruder, who came at him with a hammer, Bodden dropped him with a bullet to the pelvic girdle. For this I’d like to congratulate Officer Bodden. Sadly, brother and sister officers elsewhere have sometimes not come out as well.

Case Two occurred in early October of 2015 in Memphis, Tenn. Police Officer Terence Olridge was off duty outside his house and about to go to work when he became involved in an argument with a neighbor, who pulled a gun. Shots were exchanged, and Olridge become the fourth Memphis cop to be killed in a just over four years. As of this writing, the neighbor who shot him is in custody. It has been reported that this was not the accused man’s first hostile encounter with neighbors.

Case Three took place in Abilene, Texas, on Aug. 31, 2015, when Police Officer Don Allen was murdered in his home. The police arrested a husband-wife pair for the crime, and they are now awaiting trial. The trial evidence includes some of the murdered officer’s property found in the accused pair’s possession. Is this sort of thing a rare occurrence? Not at all. Check the dates: All three of these incidents occurred within six weeks of one another.

Home Is Not A Haven

Chicago Police can tell you that the murder of off-duty officers is an ever-present concern. Consider the following three cases of Chicago police officers murdered within just the last five years.

Case Four: In 2010, Officer Thomas Wortham IV was visiting his father, a retired CPD cop, when he saw multiple offenders stealing his motorcycle from in front of the house. The two-time Iraq War vet stepped outside to intervene. He was shot and killed by the offenders. His father, the retired cop, returned fire and killed one of them. The rest of the attackers were convicted of the murder in 2015.

Case Five: Also in 2010, 20-year CPD Officer Michael Bailey, a member of then-Mayor Daley’s executive protection team, was in his driveway washing his personal vehicle when a thug attempted to steal it at gunpoint. Bailey was killed in the gun battle that followed. His murderer has since been convicted.

Case Six: In 2011, retired Officer Hester Scott was murdered in her own home, stabbed and bludgeoned to death by her own 15-year-old grandson.

It is hard to imagine a situation more horrible than a cop having to shoot a beloved family member, yet sometimes the alternative is worse. In stark contrast to Case Six we have Case Seven, which took place in Orlando, Fla., in which a retired OPD officer was savagely attacked by his 22-year-old son and was forced to shoot him in self-defense to save his life. Tried for second-degree murder in that shooting, the grieving officer was acquitted on all charges by a jury in 2013.

These cases—and there are too many more to list here—show that even a police officer’s home is not the safe haven we all like to think it is. From bedroom to foyer to driveway to sidewalk or front lawn, reality shows that these things happen, and these things kill cops.

The lessons? In some of the aforementioned cases, the officers were armed and even shot back, but that in itself was insufficient. In such cases, the officer was apparently caught too far behind the curve of the murderer’s aggression to catch up. Being able to see the danger coming and “play your game instead of his” seems to offer the best hope for survival. The officer who scores the first telling hits is on a faster track to survival. This is why some police instructors counsel, “If the offender’s actions decree it must happen, make it a shooting, not a gunfight.”

The final answer may be that constantly honed skill and constant vigilance comprise the price we must pay to be safe, even at home. This column is dedicated to the aforementioned police officers whose lives were taken from them. 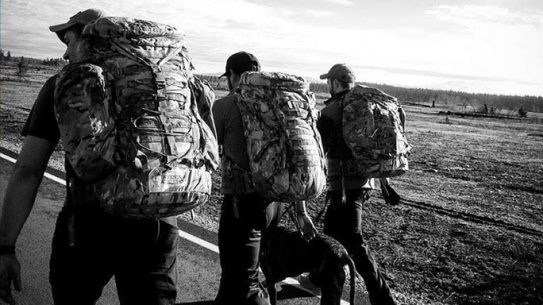