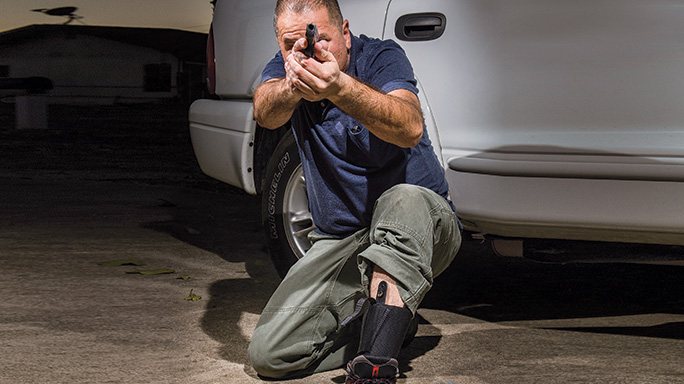 1 of 2
7 Real-Life Cases of Carrying a Lifesaving Backup Firearm
In a deadly gunfight, wounded officers and self-defense-minded civilians separated from their primary weapons will be glad they carried a backup. 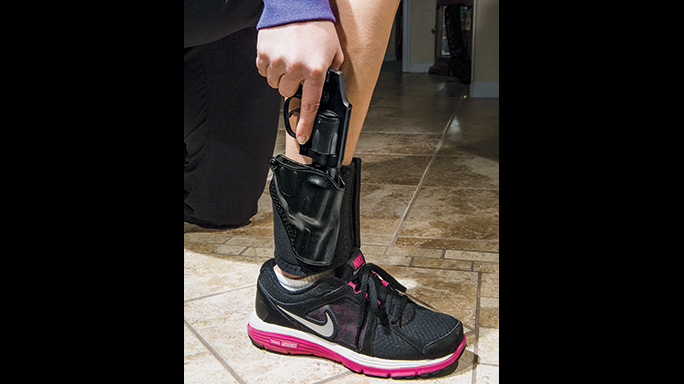 2 of 2
7 Real-Life Cases of Carrying a Lifesaving Backup Firearm
Backup semi-autos and revolvers carried in quality ankle holsters have saved the lives of many LEOs. 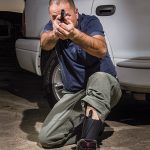 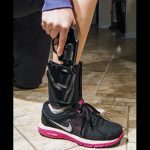 The first responder in a deadly situation is, by definition, a lone responder until “the cavalry arrives.” Having backup safety rescue equipment is always important in an emergency, and in this kind of emergency, that means carrying another gun. Law enforcement has taken this so seriously that, of the 49 flavors of state troopers in the U.S. (Hawaii doesn’t have state police as such), more than one out of 10 state police issue a concealable backup handgun, and some even mandate its wear on duty.

Your backup may be easier to reach than your primary. Case One took place in South Carolina. In fact, the involved officer told me he had decided to get an ankle gun after reading one of my articles in Combat Handguns. The day came when a man approached his parked unit and opened fire from the driver’s side, wounding him. Unable to draw from his Level III security holster while seated, the officer drew his backup Colt Agent .38 from his ankle holster and emptied it into the would-be cop-killer, dropping the man before he could chamber a second round. Though scarred, the wounded officer survived and returned to duty.

You may be separated from your primary. In Case Two, a California Highway Patrol (CHP) officer was attacked by a man with a heavy framing hammer; he got off a few shots before the hammer blows rendered him unconscious. He awoke, supine, to find the wounded attacker on his hands and knees reaching for the dropped police gun that lay between them. The officer drew his backup S&W Chief’s Special and pumped five bullets into the homicidal attacker, killing him and saving his own life.

Your primary gun may run dry, and your fastest “reload” may be another gun. In Case Three, a good friend of mine in the NYPD challenged two armed robbers while he was on a stakeout. The robbers decided to shoot it out, with a handgun and a semi-auto rifle. The officer emptied his five-shot Ithaca 12 gauge, dropped it and drew his S&W Model 10 .38, emptied that too, and then drew the 1911 he had special permission to carry and ran it to slide-lock, finishing the fight. Both gunmen died; the officer and his partner (who was also firing back) emerged unscathed.

You may be fighting with your would-be murderer for your primary handgun. Case Four involved a friend of mine from the Detroit Police Department. He was being held against the wall by a stronger opponent who was trying to wrench the officer’s duty weapon from its holster. My friend used his support hand to draw a Smith & Wesson Bodyguard Airweight from his hip pocket and shot the attacker dead, saving his own life.

You may be disarmed of your primary weapon at gunpoint. In Case Five, a father-son team of criminals caught a state trooper off guard and had the drop on him, forcing him to give up his service sidearm. As they debated whether to murder him on the scene or not, the trooper drew a S&W J-frame from his trouser pocket, grabbed the older criminal, and used him as a human shield as he leveled the gun on the younger. The dad profanely ordered his son to drop his gun and surrender. He did, and the trooper arrested them both without blood being shed on either side.

Not Just For Cops

Only the state of New Mexico limits you to one concealed handgun if you are legal to carry within the jurisdiction. There are cases on record where immediate access to a second handgun has saved law-abiding armed citizens as well. Case Six, in the Great Lakes area, involved the armed robbery of a “mom and pop” store. When the two thugs entered, they almost immediately opened fire without provocation, shooting down “Pop.” “Mom” responded swiftly and fiercely: She drew a revolver and shot back. She killed one of the punks and wounded the other, but the latter was still up and running. Under fire from him, she unhesitatingly drew a second revolver and unleashed another fusillade, dropping him next to his dead accomplice and saving not only her own life, but also that of her wounded husband.

In a high-profile court case last year, I was asked what was the largest number of shots fired by an armed citizen in self-defense in a single incident that I knew of. My answer was 105, the round count determined by evidence technicians in Case Seven in Micanopy, Florida. Half a dozen robbers made the incredibly stupid mistake of trying to rip off the gun shop owned by my sadly now-deceased friend Harry Beckwith, who happened to be a licensed Class III dealer. By the time the last of them had either fled or died, Harry had emptied a Smith & Wesson Model 76 submachine gun and a full-auto Colt M16, and reloaded one of them and kept on shooting until the problem was solved. Harry never did have to reach for the .44 revolver he always kept on his belt. (The prosecutor felt it just had to go in front of the grand jury. Fortunately, the Alachua County grand jury had no problem with it at all and exonerated Harry entirely.)

The list could go on and on, but this column has run out of space. Suffice it to say that the backup gun concept has long since proven itself on the streets. When a good guy is alone against the bad guys, a backup gun can be a lifesaving partner. 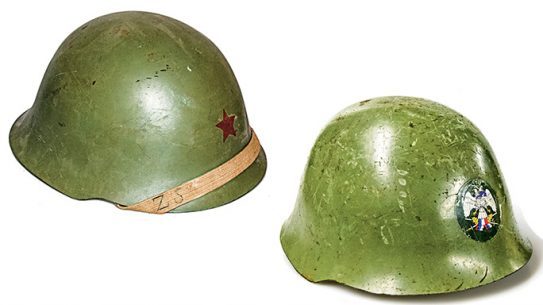 An interesting and affordable collectible from the Cold War era.