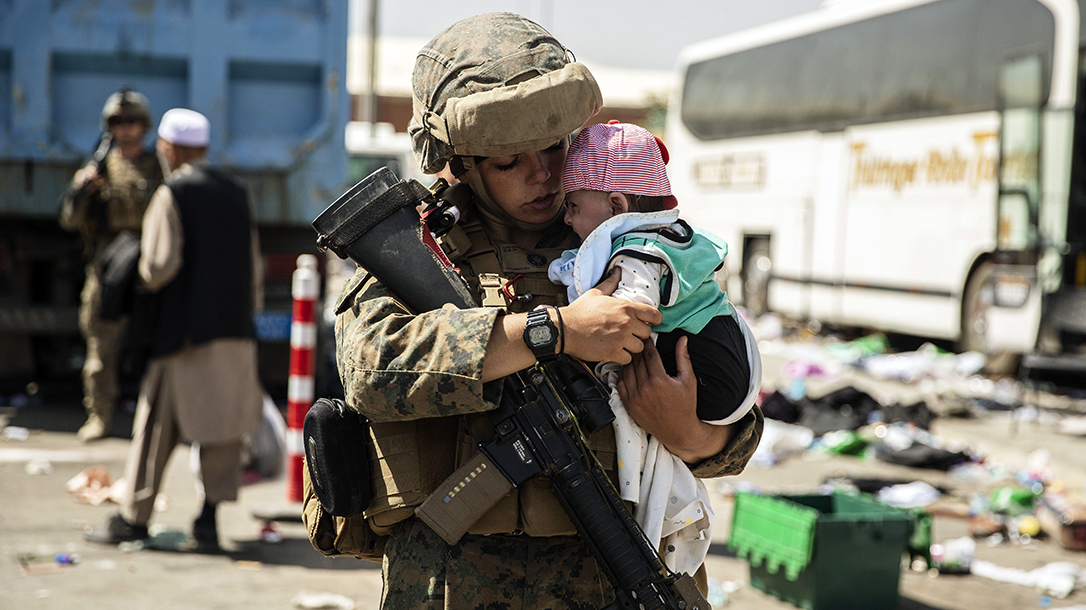 The American rout from Afghanistan. I really don’t know where to start. When first I watched it unfold on the news I felt like weeping. I’m a grown man with a lot of life experience. I don’t do a great deal of weeping. 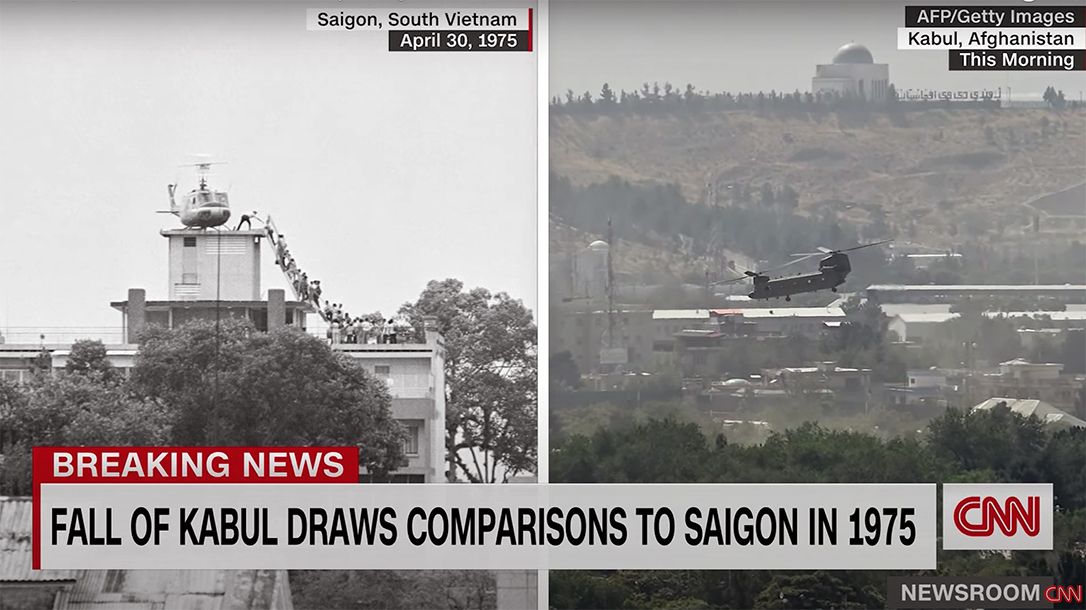 WATCH: US Evacuates Embassy as Afghanistan Falls to Taliban

We honestly could not have done this much worse. Like it’s not humanly possible. First, the low-hanging fruit.

President Biden made a conscious choice to abandon American citizens in a hostile foreign nation run by homicidal cavemen. It’s not like we lack the means to retrieve them. We have the most highly refined special operations forces on the planet. If we set our minds to it we can reach anybody, anywhere. It is simply that we lack the patriotism, empathy, will, and common human decency to save the innocent lives of our own countrymen.

Imagine what that must feel like. You’re an American aid worker or a contract truck driver or the spouse of an Afghan national, and you’re trapped in the boonies of Afghanistan right this very moment. It’s 500 klicks to the nearest border. The borders you get to choose from are China, Iran, Pakistan, Tajikistan, Turkmenistan, and Uzbekistan. Tens of thousands of psychopathic religious fanatics, believing you deserve to die because your worldview differs from their own, patrol the countryside. But your government refuses to act accordingly. They’re preoccupied with more pressing issues like infrastructure, social justice, and climate change.

These cavemen aren’t terribly elegant, either. The Taliban went into a village in Ghazni Province this summer and murdered nine Hazara men because they observed Shia rather than Sunni Islam. They strangled one man with his scarf and shot another literally to pieces. One of the nine had his arm muscles dissected with a knife before he died. These are the people to whom our President just gifted 600,000 combat rifles and some 16,000 night observation devices.

Evacuation is too kind a word. We fled Afghanistan. We crept away in the night so as not to upset the same sorts of guys who duct tape gay people to chairs and throw them off of rooftops. Today in Afghanistan it’s not that there is institutional discrimination against women for jobs and promotions. In many parts of Taliban-controlled Afghanistan women can’t GO OUTSIDE unless they are swaddled in a bedsheet and accompanied by a male chaperone. For the first time in my life I’m embarrassed to be an American.

And the Hits Just Keep on Coming…

As bad as all that is, I think what really kills me is what we did to the British. Terror didn’t strike them on 9-11. On September 12, 2001, London was no different than it had ever been. However, ours was a Special Relationship. Winston Churchill first coined that term in 1946. We had been there for the Brits in the past. Like a good brother, when al Qaeda hit New York our friends in England rucked up and leapt into the gap alongside us.

The British sacrificed 454 lives supporting our fight in Afghanistan. We lost 2,372. Look past the numbers. That’s 2,826 families–spouses, parents, and kids–who will never see that person again. And when we decided to leave we apparently forgot to discuss it with our buddies the Brits. Unlike the U.S., the British dispatched their Paras outside the wire to retrieve their people. They even brought in a few of ours that Biden couldn’t be troubled to save. Now the Brits don’t trust us anymore. I frankly don’t blame them.

Are We Really This Stupid?

In the aftermath of the terrorist bombing at Hamid Karzai Airport that killed thirteen young American warriors President Biden made a speech. He stared resolutely into the camera and said, “We will not forgive, we will not forget. We will hunt you down and make you pay.” It was like some poorly-scripted 1980’s Schwarzenegger film. The problem is that stuff like this demonstrates a fundamental failure to appreciate the nature of our enemies.

Such rhetorical red meat might work on folks like us, people who respect life and resist death. We have something for which to live, so threatening to kill us carries a certain inevitable gravitas. However, the people who did this are suicide bombers. They believe so strongly in their twisted Satanic cause that they willingly strap bombs to their chests to kill women and children because their dark god tells them to.

Not that it matters. We popped a couple of their guys with a Hellfire, so apparently now we’re good. This might indeed be the opening salvo in some massive battle to obliterate ISIS-K, but I doubt it. My guess is that President Biden, or whoever has his hand in his back making his mouth move, ordered the killing of these unfortunate slobs to distract us back home from this absolute creeping nightmare they’ve created.

We have fought such enemies as these before and prevailed. During WW2 the Japanese willingly sacrificed their lives for their emperor. We could not kill enough of them on the battlefield to make them quit. The only thing that ended the conflict and bought victory was threatening to destroy that for which they were willing to die. As we clearly lack the national will to prosecute such total war these days we were doomed from the outset. It is simply that President Biden has now made things infinitely worse.

President Biden has effectively taught the entire world that America cannot be relied upon. The next time there is some egregious attack on American interests we should not expect other nations to line up alongside us. Why should they? We will ultimately spout a few impassioned vacuous platitudes, abandon our citizens, hose our Allies, take our toys, and go home. If bin Laden himself resided in the White House he could not have done this much damage.

Not that they won’t still try, but Biden and his cronies just abrogated any right they might have had to lecture us about honor, responsibility, duty, or morality. To paraphrase Macbeth, I fear what is done cannot readily be undone. Let us collectively weep for the future.