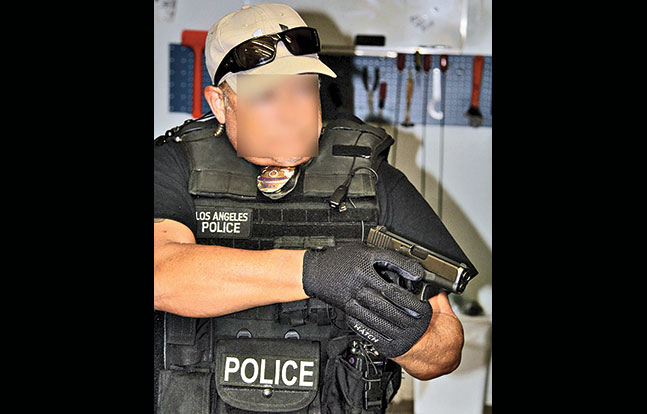 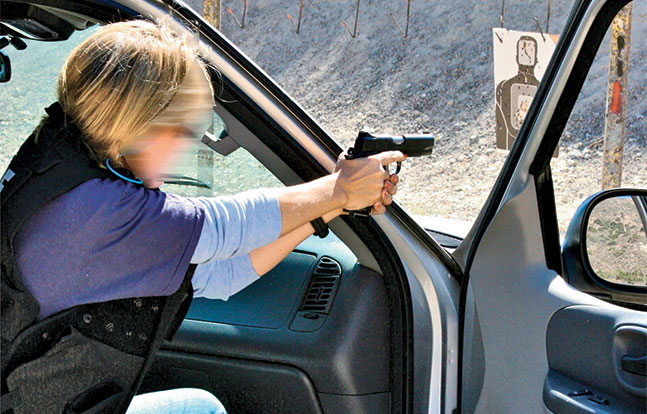 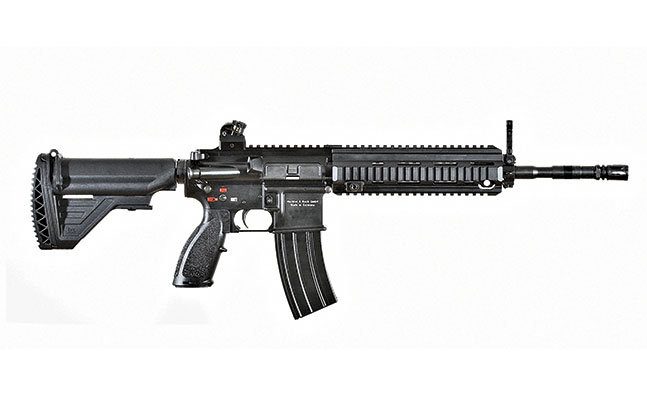 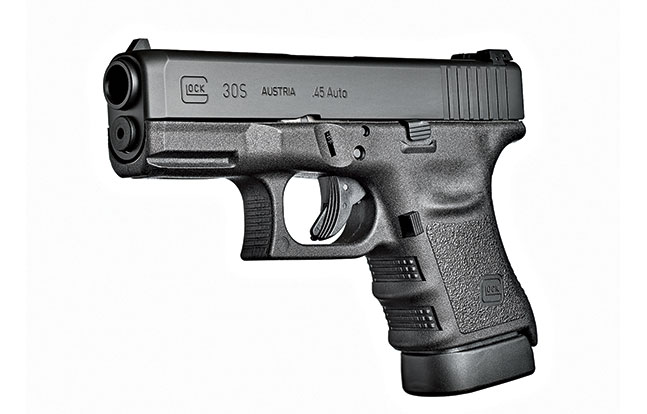 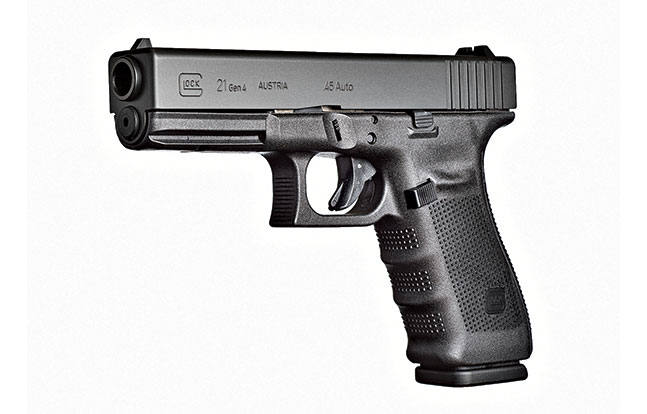 5 of 6
Agency Spotlight: LAPD’s Elite Stakeout Squad
The Glock 21 is the primary sidearm of the LAPD SIS because of its simplicity, reliability and .45 ACP stopping power. 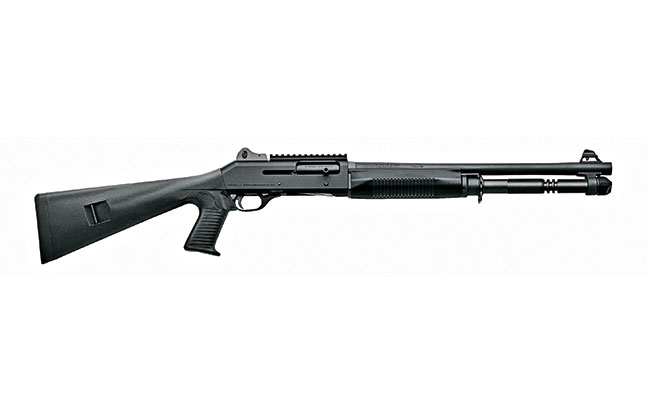 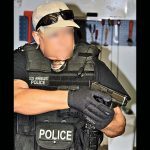 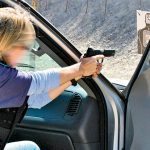 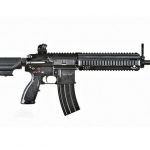 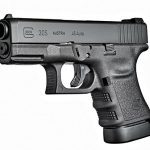 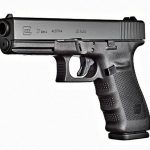 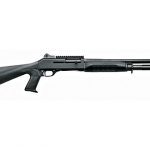 You’re a detective at one of the Los Angeles Police Department’s many divisions, maybe Narcotics, and you’ve made a name for yourself as a hard charger. Bright. Excellent investigative skills. You’ve gained the respect of your fellow detectives, and so your lieutenant has recommended you for one of the department’s cream-of-the-crop squads—the Special Investigation Section, or SIS. Just as every member of the LAPD SWAT team had to first achieve the highest level of performance on the street, the detectives chosen for the SIS must be exemplary.

You go. You ‘re interviewed. You’re given physical and psychological tests, and you pass. Smile a little. You’re now part of the team. In over 40 years, only 110 candidates for the SIS have made the cut.

What will you get for that honor? Stakeouts. In fact, weeks on stakeouts. Regular people and even most cops don’t do stakeouts, so they don’t understand the pressure they create. In law enforcement, the stakeout is the most stressful, frustrating and dangerous assignment a cop can get. It’s like sitting on an IED for a week at a time. And it’s a huge strain on family life—missed anniversaries, birthdays, holidays. No wonder the divorce rate among elite cops hovers around 85 percent! But don’t worry, most SIS cops are married multiple times. That’s the bad. The good?

The high you feel staking out the worst three-strikers, watching them put on their ski masks and hit a bank. Watching them drive off, thinking they are scot-free. Your heart rate increases, and you feel the cool polymer grip on your Glock 30S rubbing against your side as you pull away from the curb after them.

You and your fellow SIS members follow them away from busy streets, cut them off and finally surround them. It’s The Stop. Your adrenaline pumps. Guns drawn. Bad guys face down on the street. You’ll know one thing when you get home tonight: They can’t hurt anyone anymore. I’ve talked to the detectives at the SIS, and they’ve said there’s no greater high in life.

The Special Investigation Section of the Los Angeles Police Department, an elite tactical squad within the Robbery-Homicide Division, was created in 1965 to be the Detective Division’s equivalent of the SWAT team. It would be tasked with solving the cases the other detective units couldn’t, using plainclothes surveillance methods to track down the city’s most dangerous offenders—terrorists, bank robbers, serial killers and drug dealers—and take them off the street.

The LAPD’s Robbery-Homicide Division is comprised of approximately 110 sworn and civilian personnel in five sections: Robbery, Homicide, Special Assault, Cold Case Homicide and the SIS, each under the supervision of a lieutenant and given the job of investigating high-profile crimes. The primary objective of the SIS, specifically, is to determine if a suspect under investigation by one of the sections is actually connected with a crime, and if so, locate, gather evidence and arrest the suspect.

The way the SIS becomes involved in a case works like this: Divisional detectives throw the unsolvable cases to the SIS—a kidnapping, suspects in a series of bank robberies, or the latest major threat to American cities, a sleeper cell of potential terrorists. In these cases, the detectives have a suspect, but have not been able to amass enough evidence for an arrest. The SIS then sets out to get that evidence, and has a 99-percent success rate in closing those cases. Although primarily assigned to the Robbery-Homicide Division, the SIS detectives are available to any LAPD department entity seeking the surveillance of active criminals.

The SIS meets monthly for training sessions because their lives depend on their pistols probably more than any other cop working within the department. While they are constantly looking for new techniques, they are also continually evaluating their duty weapons. Stakeouts on hot suspects require that the SIS detectives carry a concealed handgun sometimes for days at a time. As members of the LAPD, SIS operators are cleared to carry any weapon in any caliber previously approved for LAPD use. That list includes 1911-pattern steel and polymer-framed pistols made by Kimber, Smith & Wesson, Beretta and Glock in 9mm, .40 S&W and .45 ACP.

While the main force of the LAPD uses the Beretta 92 pistol chambered in 9mm, the SIS has chosen to issue the .45 ACP cartridge for its detectives. While most police pistols are “carried a lot but fired a little,” that is not the case for the SIS because of the nature of their takedowns. They go with Winchester’s .45 ACP, 230-grain, jacketed-hollow-point Ranger T-Series ammo because they need maximum firepower and, more importantly, maximum stopping power, such as when they move in on heavily armed bank robbers. The possibility of injuries to civilians is increased the longer the engagement ensues. The terrible North Hollywood shootout had street cops and their 9mms unable to take out the up-armored bad guys. That shootout was ended by a few well-placed, 230-grain .45 bullets.

The primary sidearm for the SIS is the Glock 21. This is the gun that is fully stoked with 14 rounds (13 plus one in the chamber) and holstered on the front of the detective’s raid vest. The raid vest is usually locked in the trunk of the unmarked car along with a Benelli M4 12-gauge shotgun and either a Colt LE6920 or an HK416 5.56mm NATO rifle. If the stakeout goes sideways and the detective can’t get to his heavy armament, he has to engage the bad guys with whatever weapon is on his body, so it’s standard operating procedure in the SIS to carry more than one concealed handgun.

SIS detectives have been known to carry a compact .45 ACP pistol in an inside-the-waistband holster and one or two hideout subcompacts like the Glock 36 or S&W 457 (or even .38 Special S&W 442 or 649 wheelguns or the S&W M&P Bodyguard 380 in .380 ACP) in an ankle rig. Sitting in a stakeout car for days at a time makes you appreciate your gun and holster fit, and the detectives are free to buy additional guns as long as they are on the approved list.

One detective told me, “When your life depends on carrying a concealed handgun, you either get your clothes to fit the gun or get the gun to fit the clothes.” SIS team members are always looking for the thinnest, lightest carry gun with the fewest sharp edges and projections. Last year the department approved a new pistol, the subcompact Glock 30S for concealed carry. The SIS had a hand in the creation of this new, lighter Glock by requesting a backup gun with a slimmer slide than the Glock 30 that could be reloaded with the same 13-round magazine of .45 ACP ammunition of their main Glock 21.

The SIS uses surveillance methods it has refined over the last four-plus decades. Once they have a target, they set up a mobile stakeout of the criminal suspects using disguises and unmarked cars so that they can stay on them 24/7 for days and even weeks and months until the suspect commits another crime. Only then will the SIS detectives pull on their tactical vests and move in, apprehending the suspects as they leave the scene of the crime.

While many have asked why the SIS doesn’t move in when it’s clear that suspects are going to commit a crime, the answer is simple: With their method, there’s no question of the suspects being guilty or not. At the same time, clearly guilty men and women suddenly facing an armed tactical squad rarely come in “quietly,” and what are called “hot takedowns” often become active firefights.

For a squad that tops out with only two-dozen active members, now including two female detectives, the SIS killed 34 suspects between 1965 and 1998. This has not won them any fans in the very liberal Los Angeles area media, even though no member of the SIS has ever been charged with a crime or suspended from duty in connection with a shooting. So the SIS shuns the media attention of its more famous brother tactical unit, the LAPD SWAT team.

The SIS keeps the details of its methods a closely guarded secret even from other police units, and is even headquartered in a location separate from the rest of the LAPD. In the 1990s, the LAPD even denied that such an organization existed. The SIS attributes its success to that secrecy, and you cannot argue with the results. It has closed some impressive cases in the City of Los Angeles: the Alphabet Bomber, the Freeway Strangler and comedian Bill Cosby’s son Ennis’ murderer, to name a few. Delta Force and the Navy SEALS, the military’s best, come to be trained by SIS in surveillance methods.

Today, the Special Investigation Section is facing many new challenges from different directions, from new LAPD higher-ups having problems dealing with the massive overtime bills to the constant drumbeat of an anti-police, pro-criminal media. On top of that, Los Angeles, as a major port and air terminus, is seeing more organized, well armed criminal activity and drug smuggling than every before. The SIS can now be called in to gathering evidence on suspected terror cells and human traffickers. With its constant training, surveillance technologies and constantly improving firepower, the SIS remains on the cutting edge of tactical detective work. 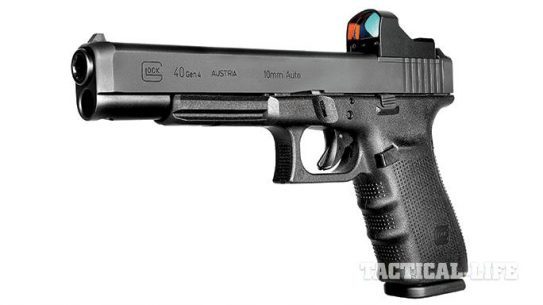 The all new GLOCK G40 Gen4 in MOS Configuration paves the way with maximum...