All About Body Armor 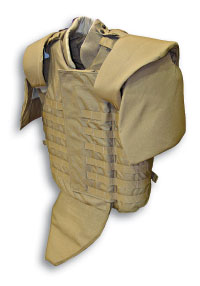 Like it or not, ballistic vests are as much a part of the “combat toolbox” as your sidearm and long guns, or at least they should be. It is natural for us to fall into the trap of indifference and rationalize a million reasons why we don’t need to wear our vests. That’s the easy part. Having the self-discipline to wear them is the more difficult of the two paths, but the one that we need to follow. 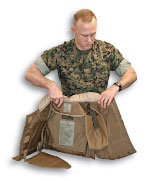 Body armor is worn as a contingency, a “what if” plan. It’s worn for the same reasons that we install smoke detectors, keep fire extinguishers and put on seat belts. It doesn’t matter how tactically sound we are, we may run into an individual who’s willing to shoot us to avoid capture. It doesn’t matter if we’re “crack” shots, because we can never control all of the variables in a gun battle. It doesn’t matter that they won’t stop rifle rounds, because the overwhelming majority of officers shot, are shot with handguns. In the face of being hit, it really doesn’t matter that we’re more comfortable without them, either.