All About S.W.A.T. Selection

0
SHARES
1
VIEWS
Share on FacebookShare on Twitter
Although New York Police Department’s Emergency Services Squad had been arresting barricaded subjects and rescuing people from bridges and high rises since the 1930s, most people consider the era immediately following the 1972 Munich Olympics massacre as the catalyst that gave birth to modern police, paramilitary and military Special Weapons and Tactics Teams (SWAT) world wide. In the United States, this watershed law enforcement event was led by both the city and county teams of Los Angeles, California. The concept has grown and proliferated until today; almost every jurisdiction has a specialized reaction force that can conduct missions above and beyond what’s expected of the patrol officer. In 1973, the FBI joined LAPD and LASO in developing a nationwide federal SWAT capability in every field office and this force eventually grew to 1000 agents. The motto of the program was, “Hostages first, rule of law second.” In many countries it’s the other way around and this was done initially to reflect the humanitarian intent of the FBI SWAT and to allay the fears of its critics that we were creating an elite within an elite that would become nothing more than a “killer troop.” 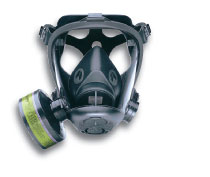 In addition to a unit’s mission statement, which drives everything the team will do and acquire, the selection of personnel to serve on a SWAT team is the most important aspect of such an organization’s foundation and longevity. The two words that must prevail in any selection process are “standards and quality.”