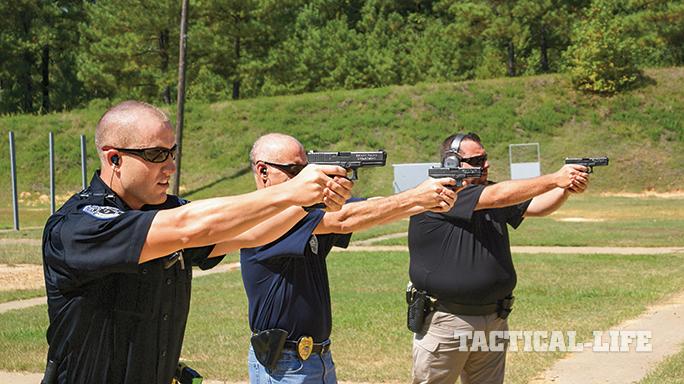 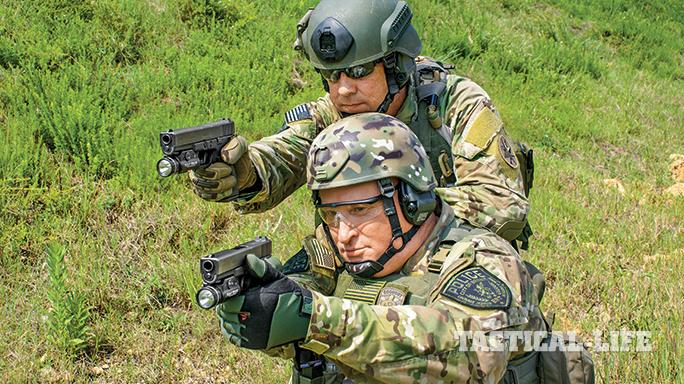 2 of 4
Arkansas’ Bryant PD Calls on the GLOCK 21
BPD officers, including the SWAT team, know that their powerful GLOCK pistols will reliably shoot every time they are needed. 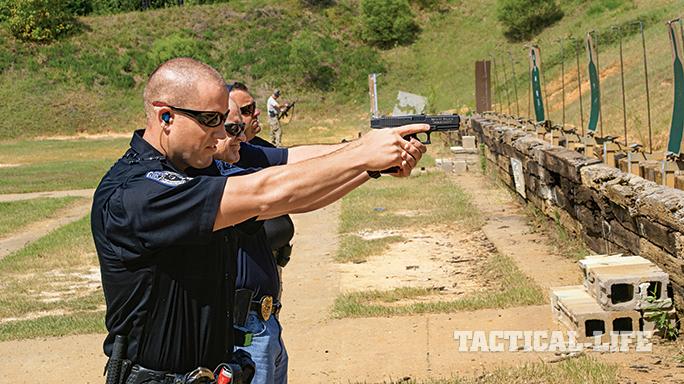 3 of 4
Arkansas’ Bryant PD Calls on the GLOCK 21
BPD officers routinely re-qualify with their duty weapons per state requirements under the supervision of firearms instructors. 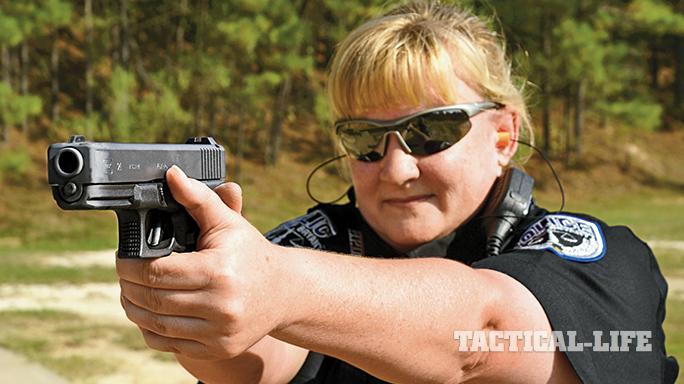 4 of 4
Arkansas’ Bryant PD Calls on the GLOCK 21
Every BPD officer is issued a GLOCK 21 .45 AUTO pistol for their safety and that of the citizens they are sworn to protect. 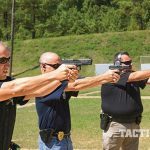 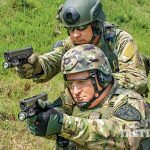 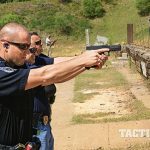 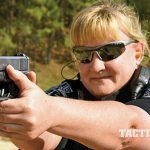 The armed criminal hid in the darkness as the Bryant Police Department (BPD) cruiser rolled by, responding to a burglar alarm caused by the felon who was trying to force his way into a local pharmacy. The career criminal had recently fled Illinois after mercilessly executing a bartender during a botched robbery. The perpetrator then burglarized a gun store and hijacked several cars in several states before finally running out of gas a few miles south of Little Rock on I-30, which bisects Bryant, Arkansas. Abandoning the vehicle, he met up with two other thugs who told him about a local drug store that had prescription medications he could use to feed their drug habits and fund his nationwide crime spree. All he had to do was break in and steal the pharmaceuticals.

As a result, the desperate and vicious criminal crouched with a bag full of burglary tools, a bandana over his face and a pistol in his hand while he watched the lone Bryant police officer in his vehicle. As a chilling rain continued to fall, BPD Officer Scott Johnson noted that the gate to the store’s fenced-in storage area was suspiciously ajar. The officer stopped, got out of his car and entered the awning-topped yard. He used his flashlight to illuminate stacks of pallets and handcarts, suddenly spotting the criminal crouched inside.

Officer Johnson immediately noticed the suspect was holding a handgun, and several things happened almost at once. Officer Johnson began to unholster and draw his weapon while calling out to the suspect to drop his weapon and show his hands. The bad guy verbally agreed, but then suddenly stood up and started shooting, discharging round after round, one of which struck Officer Johnson’s support hand after ricocheting off his flashlight. The bullet penetrated the officer’s body a total of three times—in his fingers, hand and left shoulder—ultimately coming to rest just under the skin of his back.

Immediately the officer knew not only that he had been shot, but that the bad guy had the tactical advantage. Officer Johnson realized that although his backup was just on the other side of the store, he was going to have to resolve this situation by himself in the next few seconds. Luckily, he had his issued GLOCK 21 service pistol. Ignoring his painful wounds, he squeezed the trigger to return fire.

Bryant, Arkansas, is just south of the state capital of Little Rock where the Lowlands begin and go all the way to the Gulf of Mexico. Between a surge of new residents in Bryant and the constant flow of commuters passing through the center of town on I-30 every day, law enforcement meets the challenge with 42 sworn officers, which includes six school resource officers, K9 handlers and a 15-person Emergency Response Team (ERT) for high-risk situations such as an active shooter, an armed criminal or warrant entry. In addition to having highly motivated people and frequent specialty training, the BPD uses the best gear possible. That includes their sidearm, the  GLOCK 21 .45 AUTO service pistol.

The G21 is one of the most popular firearms with law enforcement personnel, including Bryant Chief of Police Mark Kizer. Chief Kizer, who not only has his G21 but carries a G30 off-duty, noted, “The design itself is very easy to carry and use. For day-to-day use, it doesn’t have any shortcomings. And since it doesn’t have any sharp edges, unlike some other pistols I have carried, it does not snag and is easy to draw. I am a GLOCK-trained armorer and rarely have had to do any work on any GLOCK pistols, and if I did, it was not like on previous pistols, which would have problems every few years.”

One of the BPD’s sworn officers is Mark Kling, a K9 handler who, along with his service dog Stubby, helps keep Bryant safe. Officer Kling said, “I love my GLOCK. I absolutely love my GLOCK. It is the easiest gun to shoot that we have ever used and anyone can pick one up and perform well with it. The GLOCK is pure simplicity, and it is the best thing for law enforcement officers.”

BPD Officer Pam Mays said, “I use both the G21 and G30 Gen4 for off-duty carry. The G21 and the G30 Gen4, without a backstrap added, fit my smaller hand great!” She continued, “I really like my G30 Gen4 because of its soft recoil. And with its textured grip, I can keep a good hold on the pistol when my hands get wet.”

The ability to maintain his grip on his GLOCK and regain the tactical advantage on that drizzly, cold Arkansas night became critically important to Officer Johnson, who, although wounded, returned fire to stop the madman who was trying to kill him.

Shots crisscrossed in the air as over a dozen shell casings collected on the wet concrete between the bad guy and Officer Johnson. Fatally wounded with multiple hits, the felon collapsed to the ground while Officer Johnson reloaded, moved to cover and got on the radio to advise his backup of the situation. As he covered the scene’s single exit, Officer Johnson’s fellow officers filled the scene and confirmed that the bad guy was down and alone while tending to Johnson’s wounds.

Officer Johnson, who served with the U.S. Army in Iraq as a medic in the 114th Cavalry, 2nd Infantry Division, recovered from his injuries and has returned to duty. His opinion of his GLOCK is even stronger now than it was before the incident.

“I think the sights are great on my GLOCK, so even at night and in total darkness its natural point of aim kept me on target. Unlike some automatics where the first double-action trigger pull is very long, my GLOCK has the same trigger pull all the time so all my rounds, from first to last, were where I wanted them,” said Officer Johnson. “I have never had any kind of malfunction using a GLOCK. As a result, I ended up going home to my wife and four-year-old son. I will never use anything else. The GLOCK is just a phenomenal weapon.” 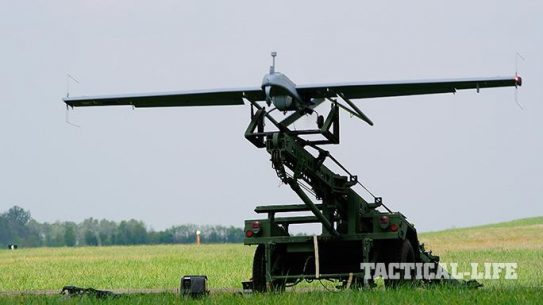